RIM is storming with its most wonderful OS, Blackberry 10. RIM introduced 2 phones running on Blackberry 10. One is touch based Z10, which is different from its traditional touch based and the second one Q10 is keypad based. This may be RIM’s last attempt to come back to smart phone market.

Let’s have a flash look on the OS features along with a comparison Blackberry Z10 Vs Apple iPhone 5. 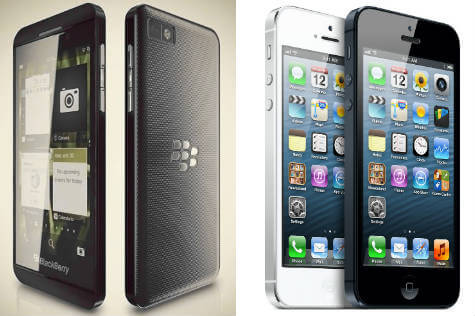 The availability is expected from march on wards in US. Let’s see the New Blackberry 10 OS will bring back the cheers for RIM.