How to Change Siri Voice on iPhone

When it comes to personal assistants, female voices are set to default whether it is Siri, Alexa, or Google Assistant. If this female voice of Siri or the American accent is not best suiting you, you can change Siri voice on iPhone.

In this guide, we will show you how to change Siri voice on iPhone, including voice and accent.

Siri on your iPhone probably speaks an American accent in a female voice. Suppose you want to change it to British with a male voice. Here is how. 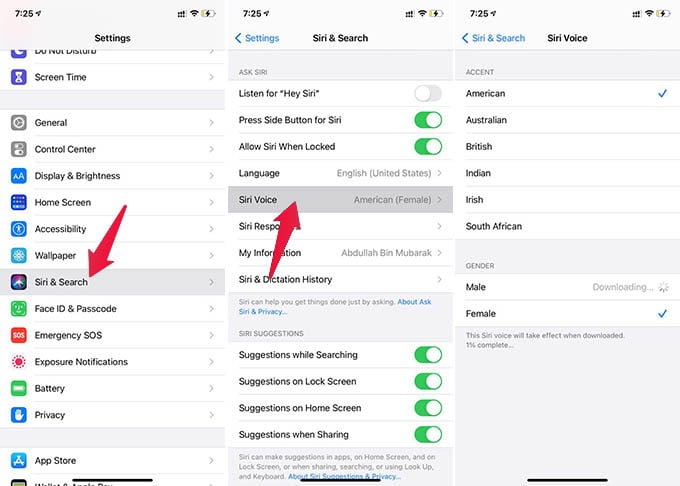 From the next screen, choose an accent and voice you want to set for Siri.

Related: How to Turn Off Hey Siri on Your iPhone or iPad

Hope you now have a clearer idea of how to Change Siri voice on the iPhone. Apple currently supports male and female voices for American, British, Australian, Indian, Irish, and South African accents.

How to Lock Notes on iPhone with Passcode and Face ID

6 Best Android Private Browsing Apps to be Safe While Browsing

How to Recover Deleted Photos from Android Phone

How to Automatically Change Gboard Theme Color Based on Wallpaper