Apple has launched most anticipated Smart Phone of the world along with other new technologies in the September 9th, 2014 event. Just few days back on September 3rd, 2014 Samsung unveiled their flagship phone Samsung Galaxy Note 4 with Metal body to compete with Apple.

It will be interesting to know that the which of the phones have good specifications while comparing each other. Here we are presenting a specification Comparison chart of Apple iPhone 6 and Samsung Galaxy Note 4 and HTC One M8.

All these phones are made in the metal cases which gives it a premium look when compared to other phones that already in market.

Apple is now increasing the display size to 4.7 inches and 5.5 inches for this newly introduced iPhone which makes it similar to bigger display phones like Galaxy Note 4 and HTC One M8. 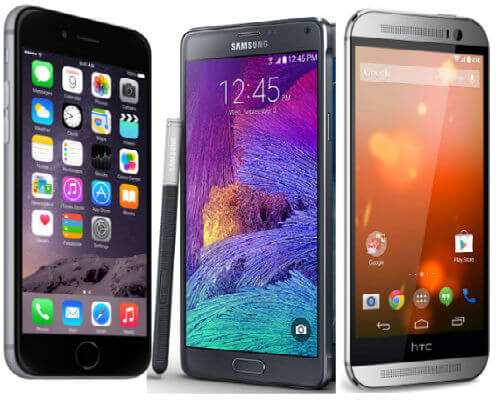 Apple Pay is another new feature which helps to save all credit card informations in iPhone and can be used for payments using NFC and Touch ID. It will replace all the cards from iPhone users wallet eventually, as per Apple officials.

8 Steps to Identify an Original iPhone before You Buy

Do VPN Apps Record Your Search History: A Guide to Use VPN Safely

10 Best Game Streaming Services to use as Twitch Alternatives