You can bring the 3D animals to your living room with Google’s AR (Augmented Reality) feature. This can bring 3D Animals like Lion, Tiger, Shark, or Penguin to your home. This is a nice feature to spend some time with kids, and your kids can take a picture with the live animal in your living room.

You can do this with a simple Google Search. Let’s see how to bring 3D animals into your living room with your iPhone or Android phone.

How to View 3D Animals in Your Room 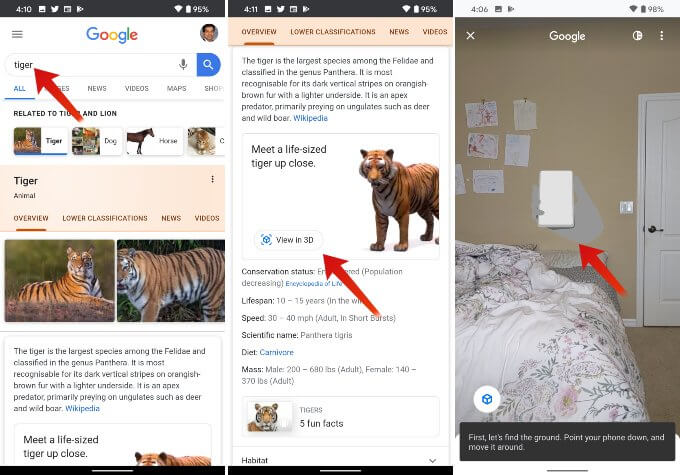 You can move around the animal by dragging on the phone screen. The default size will be the real size fo the animal. You can resize the 3D Animal to small or big. I brought the tiger on top of my keyboard. 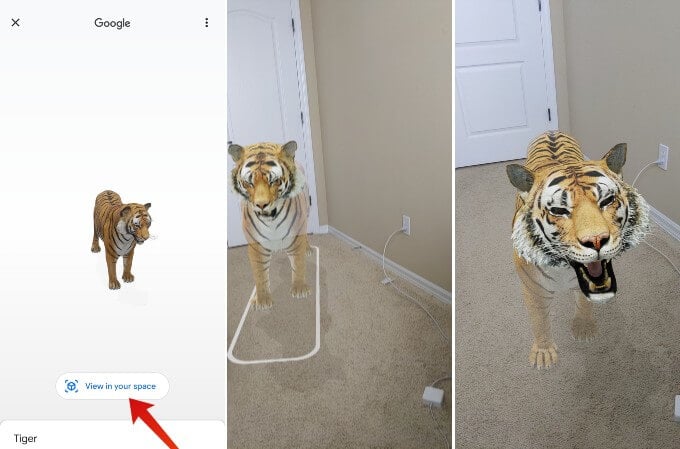 Your kids can get a picture with the live Animal. The phone will work with the camera button, and you can take the picture as usual with this 3D animal from Google. 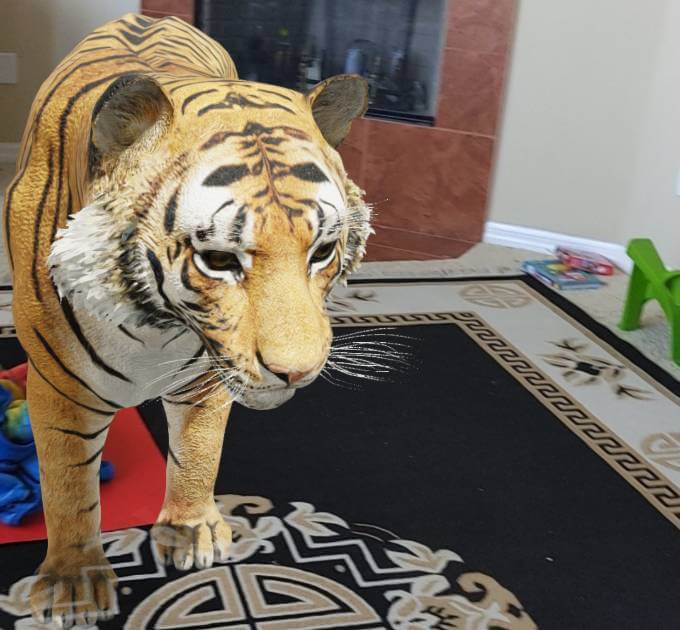 If you don’t see the video option, you can still depend on the iPhone Screen recording feature to get the video with your friend and 3D animal.

We don’t see a similar option to get a video with a 3D animal on Android phones. However, you can use the Android Screen recorder for capturing the video.

There are a few more additional settings and changes you can do with Google 3D animals to entertain your kids.

You can see all features in action with the completed list of Animals on this hands-on video.

This will work both iPhone, Android, or Samsung phones that enabled with AR. The OS version should be iOS 11. We see this work from iPhone SE and above. We don’t see this works in old iPads like the iPad Mini. See the list of iPhone Models Support Google 3D Animals. We are just listing the iPhone year model, and this will also support the Pro and Max model of each iPhone.

Android phones should have Android 7 or up, supports Samsung models and Google Pixel 2 and all higher models.

Most of the latest Samsung Phone.

As we mentioned above, the Pixel XL models will also support with 3D Animals. Here is the list of AR supported list from Google.

How to Upgrade Google Wifi to Google Nest Wifi

How to Alphabetize in Google Sheets: Easily A-Z Sort Data

How to Upgrade Google Wifi to Google Nest Wifi

Getting Annoying Spam Messages? Here Is How to Filter Text Messages on iPhone

How to Alphabetize in Google Sheets: Easily A-Z Sort Data

How to Increase Mic Sensitivity in Windows 10

how to Block a Number on Android