How to Replace Measuring Tape with Google Measure App?

When you want to take the measurement of a shipping box or room furniture, Google Measure App is coming handy. The Measure App from Google is not available for all phones. We tried this app with a shipping box to measure the length and width, that is pretty useful when you ship a package.

Let us see how to use Google Measure App to measure the length and hight with your Android phone.

This app supports ARCore compatible Android devices. The distance measure app from Google will work with Android 7 and above for Pixel 1, or Pixel 2 owners. Before you jump in, make sure you have Google Measure App is available on your phone. If not, download Google Measure from PlayStore. 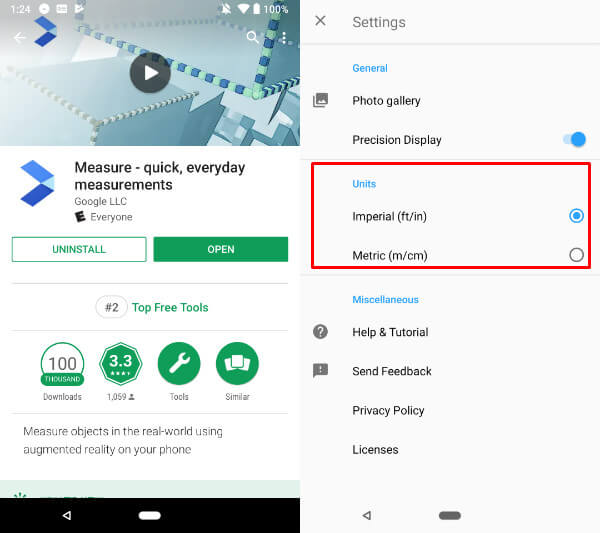 Once you download the app, you can tap on the three-dot button for settings, and change the units of Imperial or Metric. There are not many options there to change or explore on the settings page. 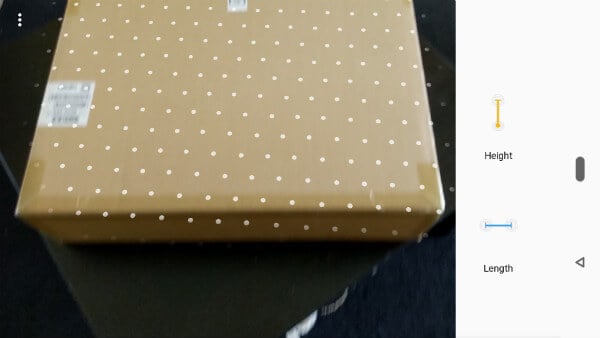 The app require to move your camera around the object in a different angle (you can see a hand icon moving around on the app) to get a good understanding about the object that Google Measure is going to scan. The Google Mesaure app will be ready once you see the patter over the surface. 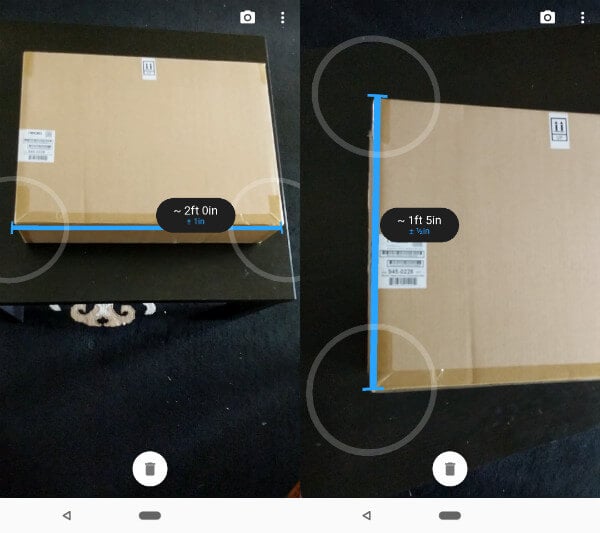 Now you can drag the starting point and ending point of the surface you want to measure. Once you fix both ends on the required spot, Google Measure app will show you the approximate dimension between the start and end points you selected with a blue line mark. Once you measure the width of the box, you can move the start and end position of the blue line to measure the height of the box. You can take a picture of the measured object with the camera icon above.

The Accuracy of Google Measure

We have tested this app with Google Pixel 2 with Android P beta and work well with about one-inch accuracy. The width of the box that we used here is about two feet and Google Measure app measure with good accuracy. The hight is a little bit off from the actual reading, Measure app is showing around one foot and five inches instead of one foot and six inches the real dimension.

And there is a final word from Google before you expecting high accuracy from this app, “Measurements taken with this app are estimates.”

Based on our test with Google Pixel 2 and Android P, we found that the initial scanning of the surface is important before you start measuring. Also, the reflections on the surface may misguide the app to about the object. We used the Measure app on a computer monitor with a black screen. The reflection of the light on the screen guide the app to a wrong assumption and we got a measurement in a couple of feet instead of inches. The camera of the device and the ARCore devices compatibility is another factor to determine the accuracy.

The Google Measure app is a nice Virtual Tap app that is very handy and can be used on some occasions to get an approximate idea of any devices size. You can’t expect high accuracy from Google Measure app, however, coming pretty handy, when you don’t have a physical tape to measure something.

Do Not Throw Away Your Broken Phones; Recycle Old Phones These Ways (and Earn Cash)

How to Change App Icons on iPhone

Best Ways to Fix Discord Not Opening In Windows 10 & 11