How to View Full Song Lyrics on Apple Music

Apple Music, bein gone of the most popular music streaming platforms, comes with tons of features to enhance your music listening experience. With the iOS 13 release, Apple brought many changes to the Apple Music including the live lyrics, dark mode and other improvements to the library. The in-app lyrics is one of the most interesting features that make Apple Music stand apart from other platforms like Spotify. You can even have the full song lyrics on Apple Music without even leaving the app.

Here is how to use the Apple Music lyrics feature to view the full lyrics of the song you are listening to.

Apple Music got a little facelift from the developers past the official release of iOS 13 for iPhone users. The live lyrics feature on Apple Music is now one of its most stunning features. Apple already had joined their hands with Shazam for the song recognition feature with Siri.

Similar to the Shazam, Apple Music now shows the lyrics in real-time, of whatever song you are playing. It will highlight the currently playing line on the song, s that you can sing along with the Apple Music live lyrics. Here is how you can use the live lyrics feature on Apple Music to get song lyrics on your iPhone or iPad. 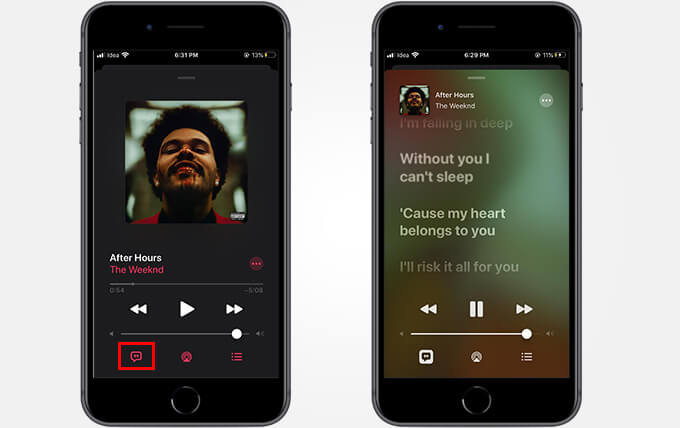 Also Read: How to Personalize Apple Music for You

Apart from the live lyrics feature, there is an Apple Music lyrics section for each song. The live lyrics wors with the song that you are currently playing on the Apple Music app. However, do you want to view the full lyrics of a song, but without playing it on Apple Music?

Well, you can use the Apple Music lyrics for any song, even if it is not in your library. It allows users to go through the full lyrics of a song, even if you are playing the same on other apps like Youtube Music or Spotify.

Here is the easiest way to get full song lyrics with Apple Music lyrics from your iPhone or iPad. 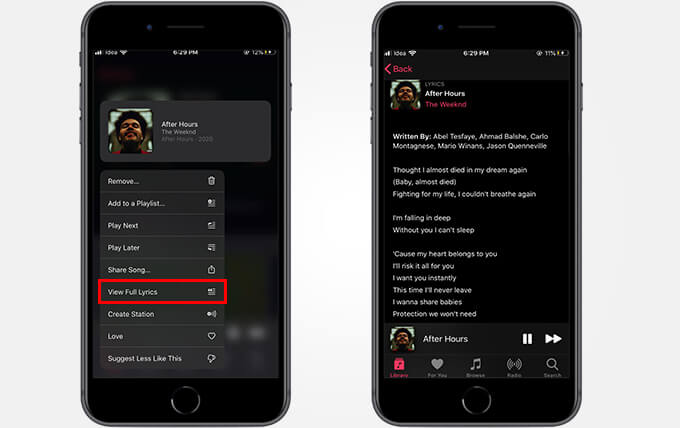 How to Mute unwanted Whatsapp Message Alerts in Android

Wondershare UniConverter: All In One Solution for Video Conversion

How to Play YouTube Music in the Background with Screen Off

How to Sync Google Secondary Calendars on iPhone /iPod?