How to Take Screenshots on Windows with Screen Sketch

With the Windows 10 Anniversary update, Microsoft is introducing the Windows Ink work space tools which are helpful in hand writing inputs that mainly targets the touch screen users. The main purpose of Windows Ink Work space is to provide better handwriting options for inputting drawings and writings which makes very easy.

Though the main purpose of the Windows Ink Work Space is for hand drawings, Microsoft included an important feature that will help users to take screenshots that can be edited simultaneously.

Windows Screen Sketch is actually the combination of two available features in previous Windows versions and Windows 10. First feature is taking screen shots that might be complicated or trickier in some devices and the Second feature is the highlighter options as given in the Microsoft Edge browser.

The easiest way to enable the Windows Ink Work Space is to right click on the Task bar and we can see the “Show Windows Ink Work Space Button” option that we need to click to enable it. In the Touch based devices, we can use the long press on the Task bar to get the Right click menu, if already mapped for Right Click. Alternatively, we can also go to Settings->Personalization->Task bar and under Notification Area, we can see the option Turn System icons ON or OFF. 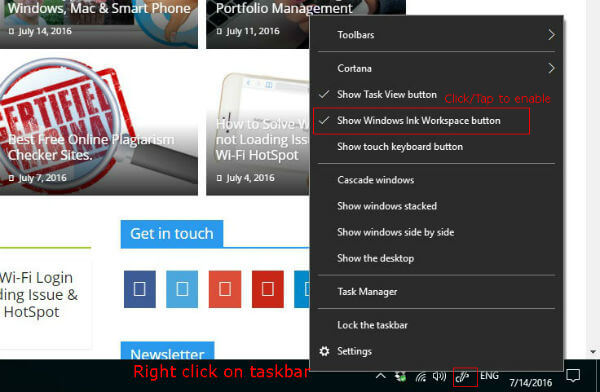 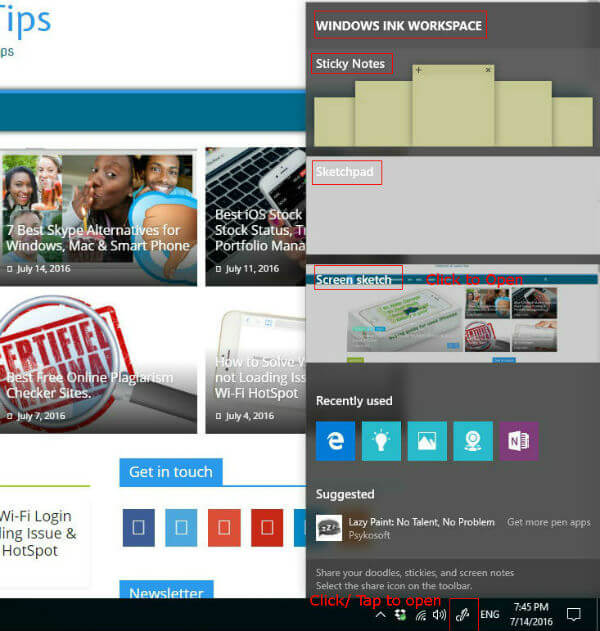 There are 3 options included in the Windows Ink Work Space as of now. They are Sticky Notes, Sketchpad and Screen Sketch. We may be familiar with the sticky notes and the usage of it from the previous versions of Windows. It can be used as a simple note taking utility, this time with Cortana integration.

Sketchpad is the main utility here that will be used for hand writing input and drawings and it is mostly useful for Touch devices. We need to take “Screen Sketch” here which is useful to take screen shots in Windows 10 devices. Generally before opening the Screen Sketch, we need to keep open the Windows that to be taken Screen Shot.

Screen Sketch will open with the present screen as an image canvas that can be useful for editing further on the captured screen. In this picture canvas, we will get the three familiar tools as in the Microsoft Edge Browser. Pen, Pencil and Highlighter with different colors that can be used to write, Markup, Highlight the required portions of the captured screenshot before saving it. 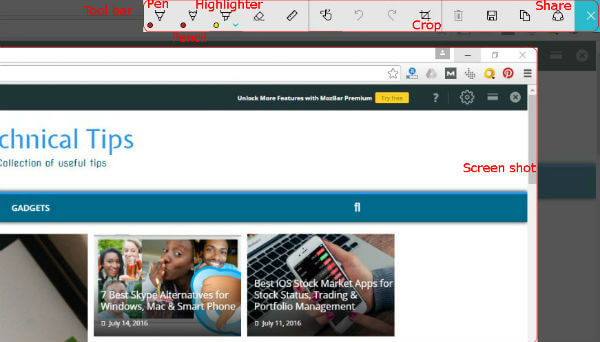 Screen Sketch also contains a Crop button to adjust the screenshot in required Height and Width. After cropping, we can use the standard Save, Copy or Share options to send the final screenshot to the destination from the same window. We may also discard the screenshot if we are not satisfied with the result by closing the image canvas. 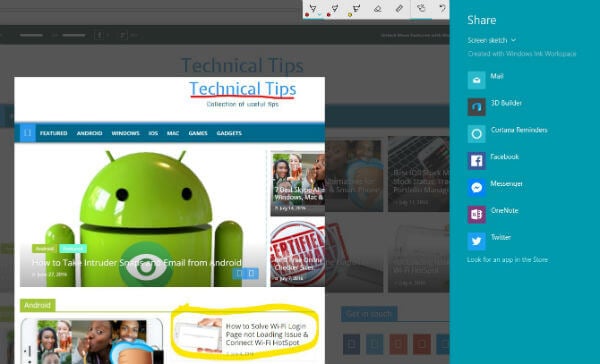 With the use of Screen Sketch, the conventional processes like screen shot taking, opening for editing using any picture apps, editing, and sending the screen shot are simplified so much that everything can be done in a single window. Also it gives the additional option of save or discard without actually taking the screen shot in the Windows 10 device.

We might have used PrintScreen option in keyboard for Desktop devices previously and Long press of Windows Home button and Volume Down button for Touch based devices to take screenshots that are going to be replaced with this easy utility in the coming Windows 10 Anniversary Update.

How to Enable or Disable Windows 11 Startup Sound