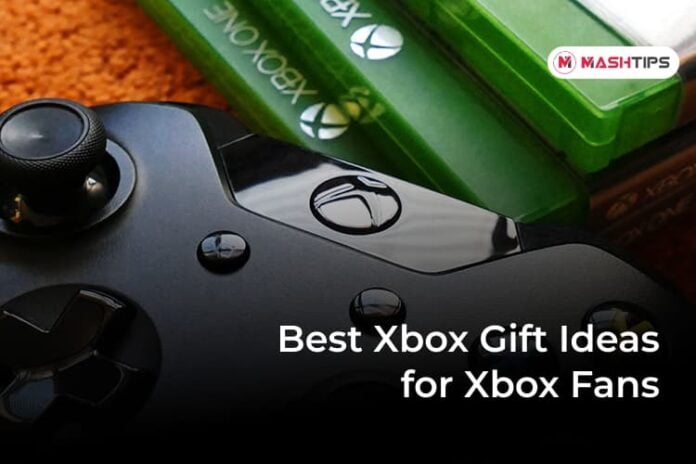 Each and every person who heard about the new generation Xbox consoles will love to have one. Who doesn’t want his hands on the most powerful console out there? There are certainly some interesting accessories and gadgets that every Xbox lover will lookout for.

Here are some consoles and accessories for you to pick from if you wish to surprise your beloved ones. Hope this list helps.

Xbox series X is currently the most powerful console in terms of teraflops. It comes with a massive 12 teraflops of power. Xbox Series X has the top-of-the-line specs and support for a lot of AAA titled games. In terms of power Xbox series X is more powerful than its rival PlayStation 5 on paper.

The Xbox Series X has managed to bring 4K 120 FPS gaming to the customer. Most of the games have a normalized 4K 60fps support on Xbox Series X. The Series X supports features like Ray tracing and DLSS. The Xbox console along with the Xbox game pass is one of the most affordable deals available for console.

Xbox series X along with the Xbox game pass is going to be a lifesaver for a lot of people that look for a console in budget segments. Even though the console is budget-friendly, It offers a great price to performance ratio. If are planning to purchase or gift a console in a budget segment, the Xbox Series S is definitely your option.

The Xbox controller has different shades of color rather than the normal black and white. If you are interested in collectibles, Xbox controllers with different skins and textures will make you feel like you want to buy it. The consoles are backward compatible so you can no use all the accessories of the previous generation of Xbox in Xbox Series X.

The controller charger comes with 2 controllers, 2 additional backup batteries, and 2 battery slots. This helps you maintain endless gaming for a long period of time. The dock allows you to charge the controller easily by simply placing the control around the charging dock.

The charging station comes with a built-in intelligent charging board which provides overheating and short circuit protection. The charger will stop charging when the battery is fully charged. The charger supports Xbox One S and One X controller, however, the newer generation of Xbox controller is not supported by the Fosmon Quad Pro controller charger.

The headphone is always a nice addition to your gaming console. It helps a lot when you want to game without disturbing anyone else and when playing multiplayer games. The headphones that come with the microphone is an essential part when you play with your friends.

The Turtle Beach Stealth headphones come with soft and breathable ear cushions that help in the comfort of your ear. This will help you game for a longer period of time with the headset on. The headphones offer 15 hours of battery life with a single charge. This product is one of the easily recommendable headphones for an Xbox user due to its audio quality and long battery life.

Microsoft has managed to put an amazing SSD in their two new consoles Xbox series X  and Xbox series S. SSD is pretty fast and reduces the loading time of a game very much. Microsoft has also included the option to expand the memory using an SSD.

Seagate storage expansion card for the Xbox series provides an extra 1TB of storage for the new version Xbox consoles. This is a great option for people who want to increase their storage capacity in the future.

This is the only available expansion card for the Xbox with the velocity architecture. Along with the faster loading time, this SSD supports the quick resume feature which helps you to switch between multiple titles in seconds. The SSD also comes with a 3-year limited warranty.

Seagate also manufactures external hard disk drives for Xbox. This is a great addition to your console if you own one of the Xbox one S or one X console. The size varies from 500GB to 8TB. The HDD even has a number of variants from which you can choose from.

Since this HDD is specially designed for Xbox, the lag that occurs during gaming in a portable hard drive is optimized. The HDD comes with USB 3.0 connectivity and does not require an external power cable. If your Xbox console is filling up with games and other media, the hard drive will help you in solving that issue.

Assassin’s creed Valhalla, the latest addition to the Assassin’s Creed series has been launched on PC, PlayStation, and Xbox. This game is one of the best Assassin’s Creed game which has an RPG element. The game features the story of Eivor, a Viking who seeks to find his place in Valhalla.

Assassin’s Creed Valhalla allows you to lead Epic Viking raids, kill mythical creatures, shape the growth of your character, and explore the vast open world of England. Assassin’s creed Valhalla possesses one of the most beautiful open worlds. Xbox series x and s consoles offer a great visually stunning experience for this game.

After a lot of changes in release dates, Cyberpunk 2077 is going to launch very soon. The Xbox series X and series S offer support for this game. The game will be set in night City, an imaginary open world in Cyberpunk. The true potential of the night City comes out when ray-tracing comes into play.

The Xbox series X offers great performance with a great ray tracing element, which will make the night City look stunning. Cyberpunk is going to be utilising most out of their respective platforms to deliver some awesome visuals. If you are an owner Xbox, Playstation, or PC this game is a must try one.

Cyberpunk 2077 - Xbox One
Check on Amazon

The call of duty Black ops cold war is the newest game in the call of duty series. The series features some awesome action-packed first-person shooting games. The cold war is no exception. Cold War features a great gameplay mechanism and awesome visuals.

The plot of Cold War features Elite operators who follow the trail of a figure named Perseus. The game features shooting using different weapons and equipment. This game can be played on platforms like PC, PlayStation, and Xbox. Apart from the main campaign, the game also features multiplayer and zombie modes.

Watchdogs legion is a game developed by Ubisoft. This is the third installation of the watchdogs series. The company maintained the quality of the previous editions of watchdogs along with bringing some great visual enhancements in legion. The open-world is fully built on Ray tracing which brings ultra-realism and awesome visual quality.

Watchdogs legion utilizes the ray tracing feature and top of the line specs provided by the newer generation consoles to bring out the best of its open world. The game offers complete freedom for the player to make choices and progress in the game. Watchdogs legion is one of the best games that are released with support for the ray-tracing techniques.

The Falconeer is a game that is released as an Xbox exclusive. In this game, you play as a Falcon who explores and flies two great unseen places. The game offers you the freedom to fly in worlds that are beautifully detailed and has a lot of things to explore. You can fly around and takeover factions along your way.

The Falconeer gives you the freedom to choose your origin story to create a unique rider. Along with the game, you upgrade your wings, purchase new weapons, armor, and many other things to improve the gameplay. The Falconeer brings some of the great experiences in a newer generation Xbox console game.

Xbox was and always will be the sweet spot for budget gamers. Xbox has managed to integrate their game pass with the consoles and join hands with Bethesda to provide some awesome exclusives for Xbox. These great moves will make their position fixed in the competition. All these items that are listed above will surely bring a smile to people who receive them. All those people who love to the game will surely love these goodies.

15 Alternatives for Popular Chinese Apps to Ensure Your Privacy