HomeMobileAndroidHow to Make Sure Android Hardware is Working Properly?

How to Make Sure Android Hardware is Working Properly?

A smartphone consists of a bunch of hardware and software that are embedded to give us a fully functional smartphone. For a device to work properly, it is imperative that all the hardware components are giving their optimum performance. The components should also be in sync with each other, and also with the software that is installed. To name the hardware components that make up the list, they are many; all of which should function glitch-free to give a seamless experience.

Even when you buy a used Android phone or you want to troubleshoot a problem on Android phone, you may need to use one of these Android Health Check Apps on your phone. The big question that arises here is, “How to?” Well, down below is a list of Android health monitor apps that will help to monitor the performance of your Android device.

Z-Device Test is an Android Health Analysis apps that provides an in-depth report of your Android device’s health. The app allows to test and measure the accuracy of all sort of Android Sensors like the Compass, GPS, Accelerometer, Infrared, Proximity, Pressure, Light and Temperature sensor. In addition to this, Z-Device Android app is capable to check the performance of CPU and NFC (Near Field Communication). This Android health analysis app checks the performance of Bluetooth, GSM / UMTS, WiFi and the FM Radio. When you consider Android devices, there is some critical hardware such as the display, camera, microphone, speakers, and USB, which are also covered by the app. The app can check the hygrometer (checks the relative humidity of the surrounding) that are fitted in some high-end Android devices. 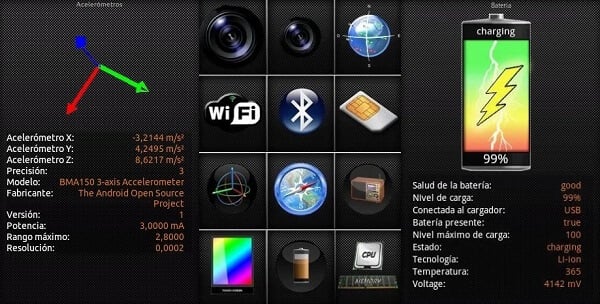 Device Info, the Android Spec Info app has got a comprehensive and detailed dashboard. It is one of the powerful apps in its segment, which provides almost all the information that is required to check the health of Android devices. This Android health spec app has a Material Design UI and supports themes to customize the appearance. With this Android health app around, you can get all the information about the installed apps. It even allows to share the Android Package (APK). 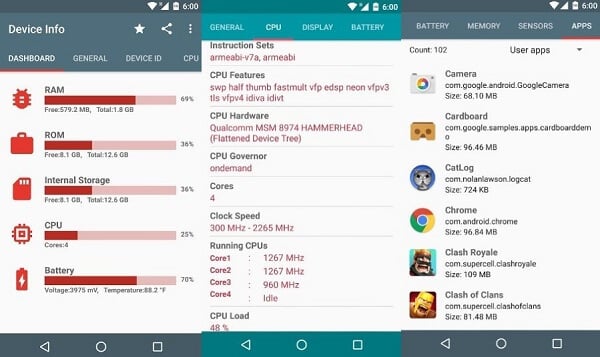 In addition to this Android Health monitoring, this app can consider as an Android Specification App which can bring device information such as the IMEI No., Device ID, IP Address, System uptime and even the SIM Serial No. The app is also handy with the monitoring of sensors, storage usage, battery usage, and display attributes such as resolution, density, and physical size. For Android devices, monitoring of the CPU is a critical requirement when you consider about slow performance or fast battery drain. This Android Device Info app provides a precise check on the clock speed, number of cores and CPU hardware.

Test Your Android is a powerful app with an attractive User interface. The app allows testing the multi-touch capability, and real-time system monitoring of CPU, network usage, and memory. One of the unique features of this app is that it actually allows doing an LCD screen color test, and fix defective pixels. In fact, from Google Play Store, we find only very few apps that can boast of this feature. 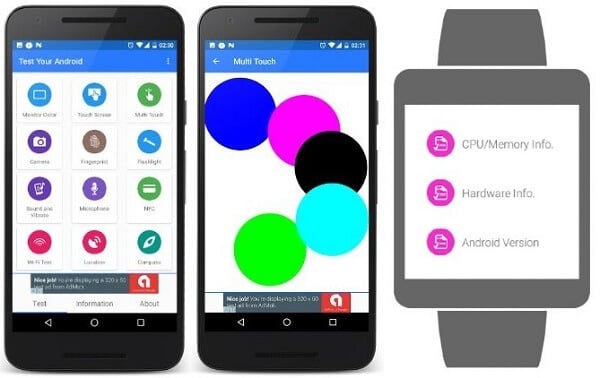 The Android Test App allows checking all the installed apps, sensor performance, GPS Test, Real-time System Monitor for CPU, Network Usage, and Memory, Back/Front Camera Test,  NFC Test, Battery usage, and displays the hardware information. This app is also optimized for Android Wear. If you want an app with a sleek and easy to use UI, and also the one that provides all the required Android system specification, then Test Your Android app is the one for you.

Antutu Tester is the app that focuses on the Android battery and the screen. The battery test of the app is unmatched and very comprehensive, that take the battery test for a couple of hours to get an in-depth analysis of the Android battery. With Anutu tester, you can also do the multi-touch test which shows the touch points, and can be sure that the entire screen is working fine. 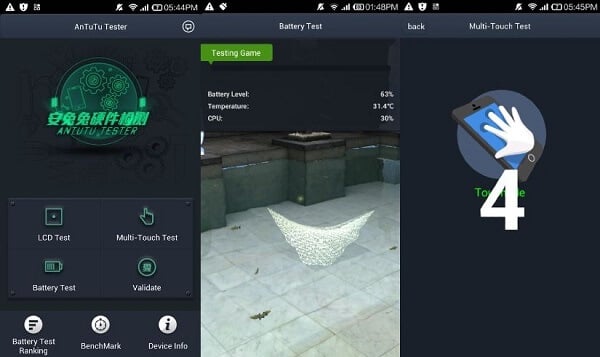 This Android battery tester app also allows checking for dead pixels on the screen. In addition to the battery and screen tests, the app displays the system information such as for the CPU, GPU, Memory and SD Card.

CPU-Z is the last app in the list of apps that help to make sure the Android hardware is working properly. This is a free Android version of the sought-after CPU identification tool for PC. To use the app you need to have a device with Android 2.2 and above installed (version 1.03 and +). Access to the internet is required for online validation that uploads the hardware specification of the Android device into a database. 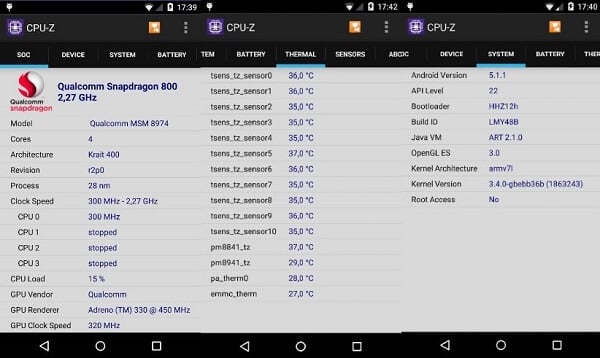 A routine check of the phone’s hardware performance is like a regular health check-up. There may be a specific problem with the device or maybe your curiosity to ensure that all the Android hardware is at their best. There is few Android device that allows doing a hardware test with its inbuilt feature. But the steps vary with every make and model. However, you don’t have to worry about testing your Android device. We got that covered with the apps above.

With these hand-picked apps, you can monitor Android battery health, hardware failure, and optimize the performance of the Android device. These apps also let you know the hardware configuration, CPU cycles, RAM usage and other system parameters of the device.

How to Export Outlook Calendar

How to Convert Android/iPhone into Keyboard, Mouse or Joystick?