How to Get Microsoft Edge with Chromium Engine on Windows 10?

The following guide helps you get the Microsoft Edge browser with chromium engine on Windows 10.

Microsoft was working on to bringing more add-ons and extensions to the Microsoft Edge browser. Even though the Edge browser ranked with its faster responses and lower battery drainage rate, the Google Chrome users were not at all ready to switch. The company started to add tons of features, as a part of proving the Edge as a powerful rival.

Microsoft announced back in December that they are going Open Source. They began with the Chromium Engine integration on Microsoft Edge browsers. The project is now out for the public. Microsoft already declared to be working with the Google and Open Source communities to turn the Microsoft Edge more developer friendly. The company even published an explainer in Github for the open source developers. Currently, the public versions of the new Edge browser are available in three channels (versions): Beta Channel, Dev Channel, Canary Channel. 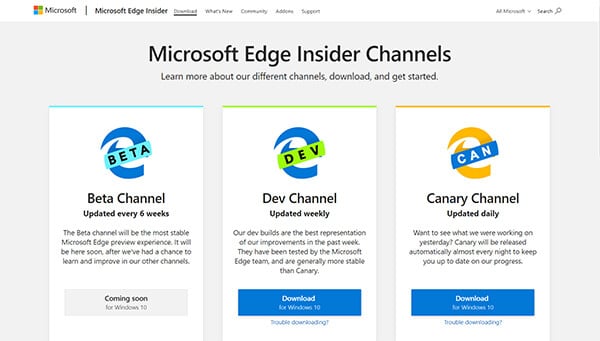 The Dev Channel does not have too many bugs and, works well with most environments. Currently, the Dev channel is available only for the Windows 10 users. Older Windows versions, MacOS, etc., are expected to get the same in a few months.

Similar to other Chromium-based projects, including Google Chrome, the Canary Channel is getting released to the newer version every day. The developers push out the quick release of Microsoft Edge based on Chromium right after the integration of new features and a few tests. Therefore, you may get trampled by a series of bugs and errors. If you are a developer looking for open source projects and want to work with the Microsoft in the development of the new Edge browser, it is for you.

You can get many test features at the right time. Thus, you can check how the future stable versions of the Microsoft Edge would look like. Keeping a few occasional glitches aside, the Canary Channel can give you a unique experience on a web browser.

Also Read: How to Enable Private Browsing in Google Chrome? 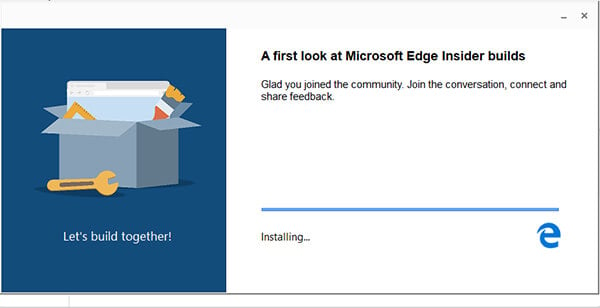 Should I Switch the Browser?

Well, after trying out the Microsoft’s new Edge browser for a moment, I seriously thought to move out from the Google Chrome after years. It can probably confuse you as well, after the first impression. There can be many factors that push a normal Chrome user towards the Microsoft Edge based on the Chromium Engine. From the design to the similarity in user experience, you can try out and choose if you want to switch the browser or not. Following are some of the hallmarks of the new Microsoft Edge based on Chromium Engine. 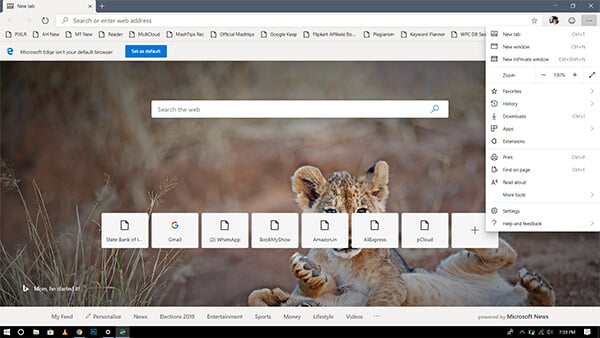 Microsoft ensures better usability through the Chrome-based Edge browser. You can either download the Dev Channel or wait for the stable release if you are planning to switch. We can expect the Edge’s performance and Chrome’s usability merged on a single floor.

How to Enable Location Alerts for Android and iPhone?