First of all, an app is labeled “Lite” when the original version is stripped down of its resource-hungry components and made thoroughly basic. And as always, Google did what it does best! Google Software Development teams have released a set of Google Lite apps (known as GO Apps) which can surely hold its own even against the mighty full grown apps. Most noteworthy is that, all of this, without almost no takeaways from quality! Google has released Android Lite apps as a part of its campaign for supporting the lower end devices. The Lower end devices are categorized based on the RAM (1 GB to be precise). Most of the apps are of less than 5 MB which makes it highly optimized for even the cheapest of Android smartphones with low storage space. The Google Lite Apps are ideal for the phones struggling with 2G /3G speeds or limited data caps.

Lets cut to the chase and have a look at the latest Lite apps by Google that you wouldn’t want to miss out.

Google Go is the Lite App version of the well known original Google App. The first thing you will notice is the low memory usage. The regular Google Search app consume over 135 MB of storage, while the Lite version set you back by a mere 5 MB! Still, the app is an all in one package. The Google Lite app is designed to make internet access affordable and optimized to the lower end smartphones. A whopping 40 percent decrease in data consumption makes this possible! 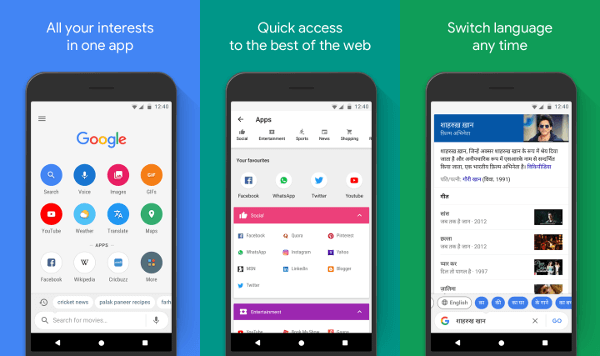 However, with this lite version of the app, search results generation is in quick as well as the regular app. Furthermore, the app creates a very low impact on the system memory and resources. The home screen of the Search app has Go Policy of limited searching and more single taps. The shortcuts are of different apps or activities and personalized feeds. The first screen will present you Search and Voice Search capabilities along with Google services like YouTube, Weather, Google Translate, or Maps. Tapping on those services can trigger the relevant content in the web browser. Else, it will open the Google Lite app if it present on the device.

The shortcuts and custom backgrounds can be set to make the Search App more convenient and personalized. The feeds are improved and implemented based on the Google’s well known AI and machine learning. All in all, the Google Go App is one every Android user should check out owing to its simplicity and advanced functionality.

YouTube Go launched much before the latest apps with the unreleased tag and has quickly escalated in reputation since. The video streaming platform has been one of the leading services from Google that attracts 5 billion video watchers per day. In contrast to the original Youtube app, the Youtube Go app offers the Youtube video streaming experience optimized for low-end devices with low-resolution videos. When you open the video the user will get the option to view the video in Basic or Standard quality. This corresponds to either 144p or 320p. The lack of high quality might not be appealing to the higher end of the market, but for the users with low data caps can surely benefit from this app. 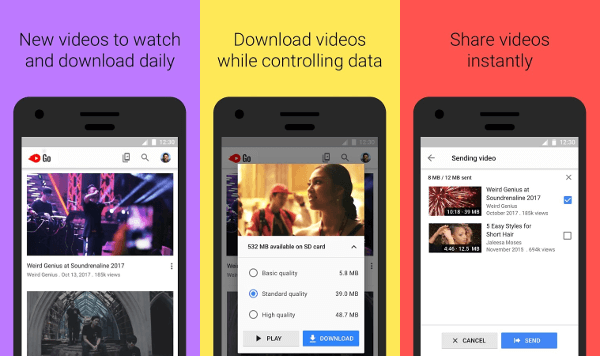 YouTube Go is also an app which demands only 9MB of installation space on your android phone. You can download the content in either of the quality formats to your local storage or SD storage. Furthermore, The app can share videos instantly. The video transfer does not require any additional data usages. The App has now exited the Beta tag and is available in most parts of Asian countries like India, Indonesia, etc.

Files Go is a smart file manager designed by Google, going to deal with tons of junk files on the Android phone. The storage cleaning app has several features where you can organize and clean up the stored data. The functionality includes cleaning up unused apps, clearing app cache, removing unused files and duplicate files. 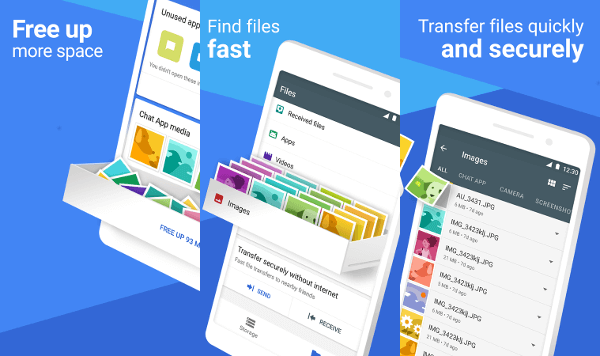 In addition to the file managing functionality, Files Go can help to share files offline using WiFi Hotspot. Besides, Google claims that Files Go can send files between devices of more than 500 times the speed of Bluetooth. This Google Lite app for Android is new in the app store, gaining a lot of attention. Google has now officially launched this Android File Manager app and promises to revive the storage and speed of your Android smartphone.

Download from Play Store:: Files Go by Google: Free up space on your phone

Datally is a data saving app launched by Google to help curb out of control data usages. Whether an app is sitting in the foreground or background, it is still likely to eat up a precious amount of bandwidth data. With Datally, you can track and control the data usage of every app on your android smartphone. Also, you can also disable or kill data usage of the app with a single tap. 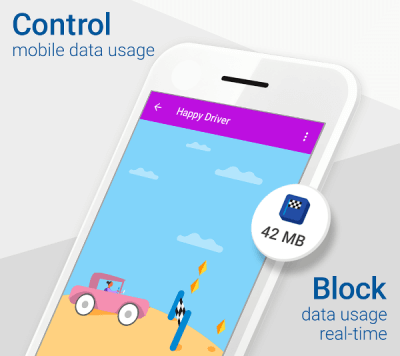 Datally app by Google aims to aid the users who are on a tight data cap. Also not that if you are not one of those people, it may be ineffective. Blocking apps in the background will stop push messages and notifications.

The Google play lite version on the Android is not precisely a separate standalone app. The Lite version of the Android app store is implemented on the Google Android Oreo GO OS. The main feature of this Lite App Store version is to show the specially designed Lite Android apps from Google and other third-party developers.

Like the Google play version, there isn’t a specific alternate Lite version of Google Chrome yet. But this the Go branding indicates the particular browser feature of Data saving. 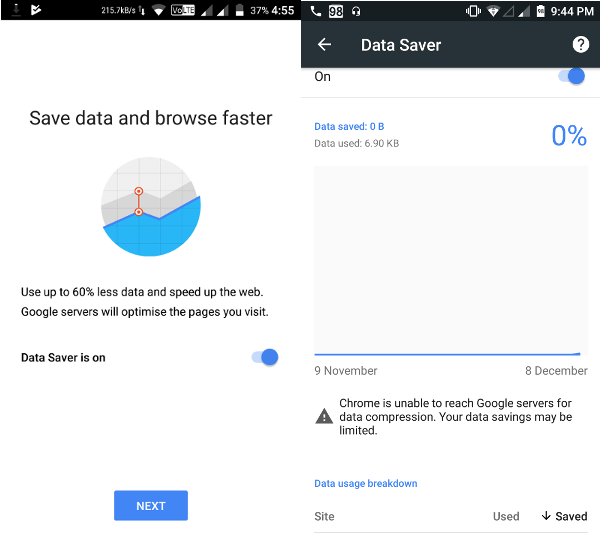 The data saving feature in Google Chrome will help to reduce the eating up of bandwidth from the browsing data. Yet, this is done by reducing the quality of images and text while browsing using the Android browser app.

There are other significant apps in the development stage by Google. This includes the Google Maps Go, Gmail GO, and Google Assistant Go. There has been no news of the current development or their features. The much talked about Android 8.0 Oreo Go edition is claimed to be of having only 50 percent of the storage space of what Android 7.0 Nougat had. Most noteworthy is that the reduced size is due to the smaller Google stock apps and the new ART ( Android Runtime compiler). This is integrated into the development of the new OS.

The Android Go apps have now been released only for the countries like India for the time being but will soon roll out to more regions in the future. This brings the purpose of the Google development team to be more clear as they are trying to bring the Google Lite App development to a path where the lower end devices more accessible to premium Google services.

6 Things to Consider before Buying an IP Security Camera