How to Install Android Q Beta on Project Treble Devices

Google has been taking early steps every year to make it easier for manufacturers to provide faster Android updates. This year, Google has included even more OEMs and devices in its Android Q beta program.

Editor’s Note: Google has released an Android Q beta GSI that can be installed on any other Project Treble compatible device not included in the Android Q beta program officially. But before you proceed any further, it is of utmost importance that you know of the potential risks. Android Q is still in very early stages of development.

Even though Google is straight away calling it Android Q beta this year, it’s not any more stable than a Developer Preview. So you can expect a lot of bugs and this is definitely not a daily driver. Even if your device is Project Treble compatible and full-fills the requirements, there are good chances that it might still not be able to boot using the Android Q Beta GSI provided by Google.

We do not encourage installing this beta if you’re someone who hasn’t done things such as this before and can’t manually restore your phone back to the stock firmware in case things go south.

Install ADB and Fastboot on Your Computer

Google officially provides some Android debugging command line tools for developers, but these can be used by anyone. In fact, ADB stands for Android Debug Bridge. These tools are available for all three major desktop operating systems as platform tools. 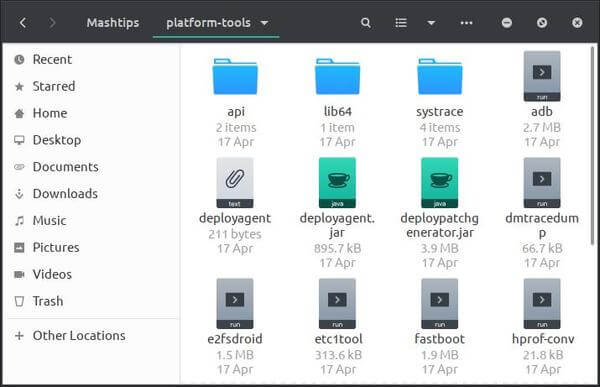 To flash Android Q beta on Project Treble devices, Fastboot is a must. Download the respective platform tools from the links below, according to the OS you use. Once downloaded, extract the zip file to get the platform-tools folder. 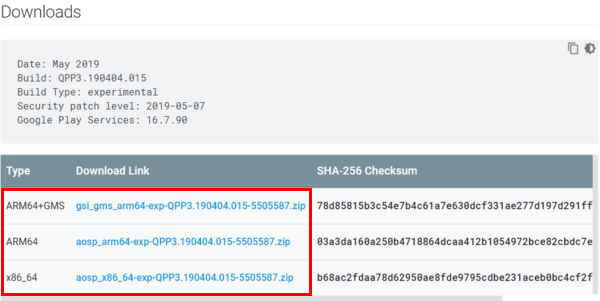 The Android Q beta GSI can be downloaded directly from Google, following the link provided below. When you click on the link, you’ll get to a page where you’ll find three different device architecture types to choose from. Select the one that corresponds to the type of hardware your device has and download it.

If you’re still unsure, you can install any good hardware info app from the Play Store like Droid Hardware Info. You’ll probably also want Google Services and apps like the Play Store on your Android Q beta. In that case, choose ARM64+GMS. GMS stands for Google Mobile Services. 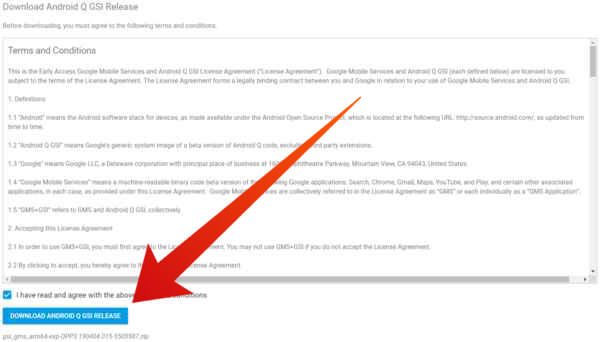 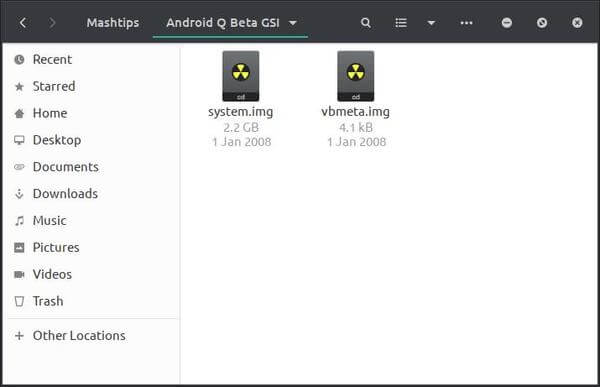 Now that you have the Android Q beta GSI, follow the steps below to install it onto your Project Treble compatible device.

If everything went well, your device should boot up with the generic Android boot animation after which you should be greeted by the Android Q set up. As mentioned before, the GSI might not necessarily boot on all Project Treble devices even if they qualify all the requirements.

Project Treble is a new program by which Google makes sure that any new devices that launch with Android Oreo or above are compatible with an Android GSI (Generic System Image). Prior to this, manufacturers had to make sure that the OS was able to interact with their hardware. With Project Treble, that control goes over to Google, thus making the job easier for manufacturers.

This is also good news for users who would like to try out custom ROMs or newer versions of Android while the OEM of their device is still working on it. Android Q beta is an example of this. While manufacturers work with the beta to provide timely updates to existing devices, developers can use the Android Q beta to make their apps compatible with it by the time it gets rolled out.

You don’t really have to be a developer though to flash the Android Q beta GSI.

7 Best Mac Weather Apps that you Must have on Desktop