The major update iOS brings the new Control Center with toggle options for almost every element. The iOS Control Center looks familiar, but it has some hidden features too. You don’t need to open the iOS setting to select a WiFi network or see the Bluetooth Devices connected to your iPhone.

You can quickly access most of the iPhone settings right from the iPhone control panel. Here are the best-hidden features of the iOS Control Center.

How to Open Control Center on iPhone?

Apple iOS devices, including iPhone, iPod, and iPad, have the unique Control Center, which lets you control networking and other essential features on the smartphone instantly from any screen. If you are running iOS 13 and want to pull the Control Center, it is still the same gesture. 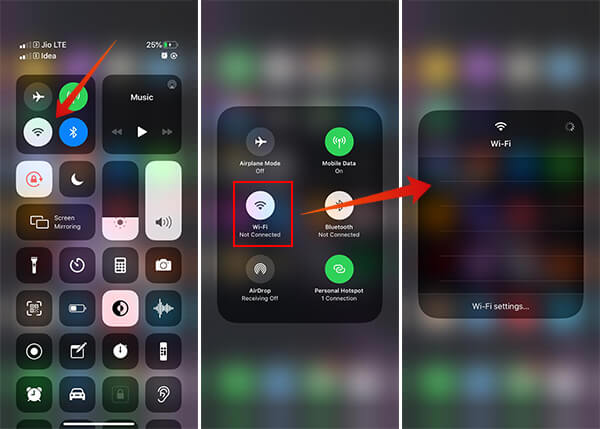 You can tap any of the Wi-Fi networks to switch the connection instantly. If you have not connected to a network before, you will be directed to the settings window to enter the password. 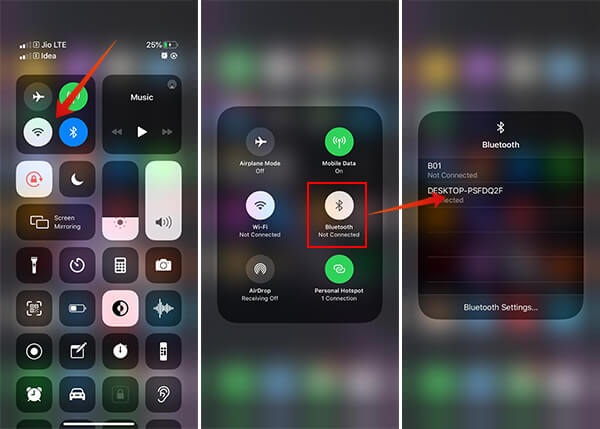 Related: 12 iOS Features that I Wish My Android Phone Had

One of the major updates Apple pushes with iOS is Dark Mode. You can switch from the default light mode to the less vibrant, power-efficient dark mode UI on your iPhone. Apple has included a dedicated Dark Mode button with the iOS Control Center. Along with it, you can also control various display modes from the brightness slider in Control Center. Here is how. 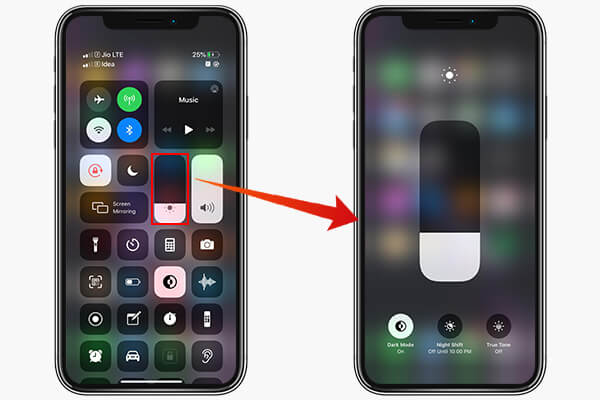 There is also a dedicated new Dark Mode button you can add to your Control Panel on iOS 13. However, there is no direct option still to turn on or off auto-brightness on your iPhone from Control Center.

On the previous iOS versions, the Timer icon from Control Center took you to the timer app, where you can set time and start the countdown. Later, the 3D touch popped up the time limit of up to 2 hours on iPhones. It now gets a new face with iOS 13. You can force-tap the timer icon and choose a timeframe starting from 1 minute up to 2 hours. 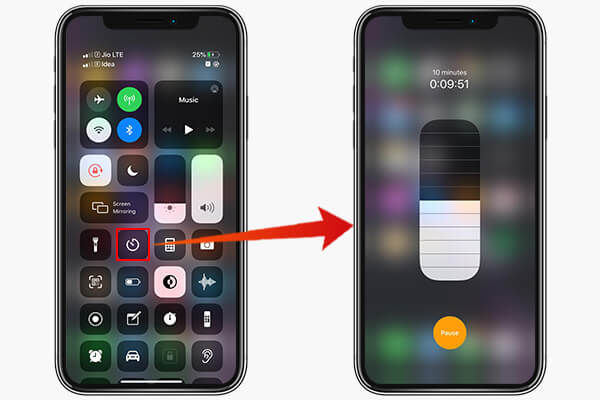 Also Read: iOS Voice Memos: How to use on iPhone?

The Voice Memo option was already in the control Center from the previous versions, including iOS 11 and 12. However, with the new iOS, you can now start recording a new voice memo instantly without even tapping again on the record button. 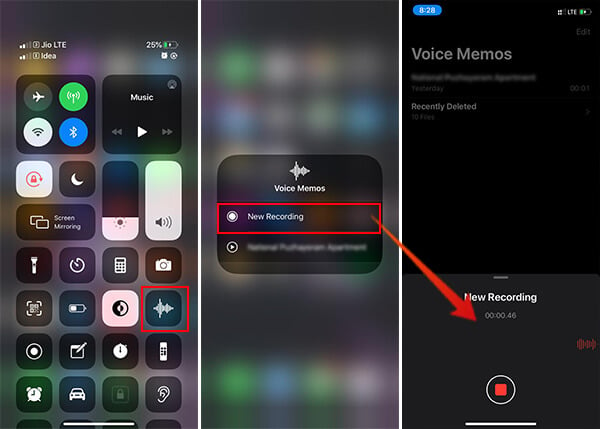 Whether you want to make payments to a business, open a website or install an app, you can easily launch the QR code scanner from the Control Center. If you have not already added the shortcut for a code scanner, then go to Settings->Control Center and tap Code Scanner under MORE CONTROLS.

From now on, swipe from the top right on your iPhone screen to launch Control Center. Then, tap the Code Scanner icon to scan QR codes quickly.

In iOS 16, Apple added a new feature that allows creating a quick note from any app, as that option is integrated into the sharing sheet menu. You can also launch Quick Note by adding the Quick Note icon to Control Center.

Whenever you want to create a note, you can directly launch the Control Center and tap the Quick Note icon instead of opening the Notes app.

We are only a few hours ahead of the official rollout of the Stable iOS release for all the supported iPhone models. Apple has been testing iOS through Beta channels, and the new features are amazing.

These are the major updates Apple brings along with the latest iOS 13. If you have discovered more interesting features, let us know through the comment box below.

How to do Facetime on Android and iPhone?

How to Control Music While Using Google Maps and Waze