Messaging is an important personal and business requirement among the Tablet, Smartphone and Laptop/PC users. No matter whatever the screen size and OS, the ideal apps should be compatible for all those platform. There are several apps available to chat with your friends in various platforms like iOS, Android, Windows , Mac etc. If you are searching for Chat Apps in Windows Store, fortunately it will display about 1000 apps. It will be difficult to find the best and relevant apps for chatting with friends from this list. Here we are presenting most commonly used Messenger or Chat apps for Windows 8 and later versions.

This App list is also valid for the latest iteration of Windows 10 except the changes in People App from Microsoft.

Skype is the one among the initial applications used for chatting with friends. Though Skype is famous for video calls through the internet, it can also be used for chatting too. The app is working well in the full-screen mode without any glitches. 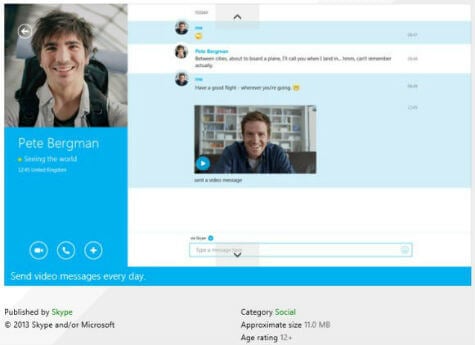 It is integrated with the Windows 8.1 deeply so that messages will come in the notification panel. The disadvantage of using Skype is that it is designed for connecting only between other Skype users. Since it is provided by the Microsoft itself as free, we can expect a good performance for it. Skype to Skype calls is free whereas one may need Skype credits to make direct calls to phones.

Off late, Facebook entered into the realm of Windows 8.1 and it is one of the most used applications for messaging nowadays. The chat function is integrated into the Facebook main window which is used to read and post updates. Facebook can be installed as free whereas one might see a Facebook messenger app as a paid version which may not be a requirement for the normal user. 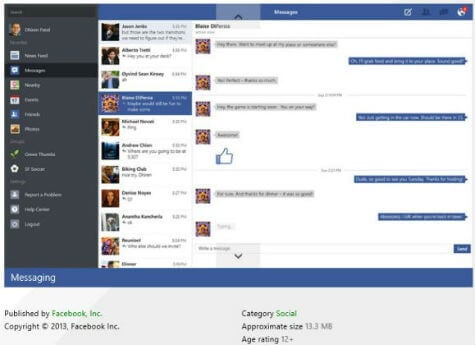 Currently, the free version is not offering any video or audio calls between Facebook users which we may expect in the near future. One can try the paid version too if somebody wants a better experience. The working of this application is good and one can send real-time messages to other Facebook users without any problem.

Viber is another one of the new entrants to the Windows 8 OS which can be used for messaging & calling functions. It is also offered as a free app which can be installed from windows store. 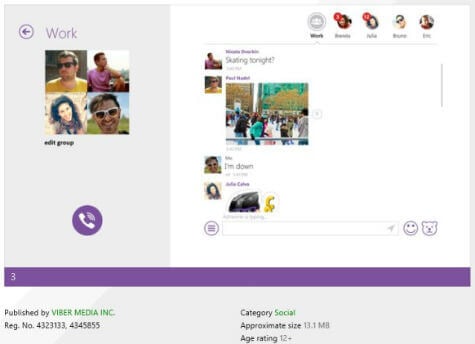 Line app is also one of the new entrants to windows 8 OS app community. The Line app is also offering voice chat and messaging functions. In addition to that, it can be used to post the status updates and many more. 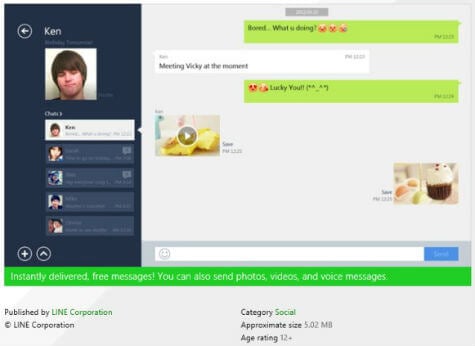 Line is also offering stickers and emoticons for better chat experience. The limitation is that it can be used to communicate to other Line users only. It is also a free app from windows store.

While listing the messaging apps one cannot avoid the Microsoft App called People. It is designed to connect with the famous social apps like Facebook, Twitter etc. Though it has more main applications like post updates or tweets etc, it can also be used to chat with the other users of the connected social networks. 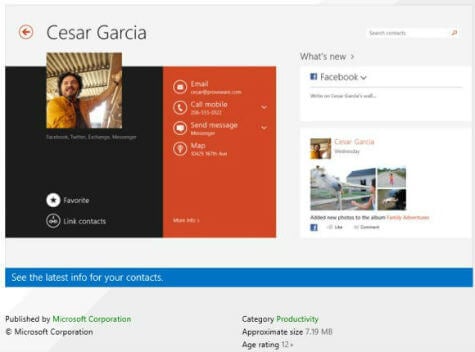 People are also the free app provided by Windows Store. We have to add our various accounts like Facebook, Twitter etc before starts chatting. The notifications will pop up even if you are working with the other windows, which ensures that you won’t miss the important messages.

Update:-People App discontinued Windows 10 by Microsoft by removing facebook and twitter support as of now and may soon phase out from Windows 8 Store too. 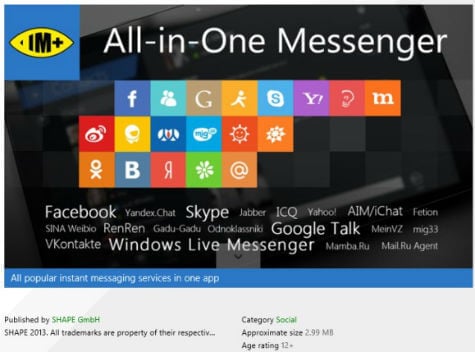 We need to add the corresponding accounts with this application during the setup phase. There is a paid app too for IM+ Pro Messenger which may be tried for more better performance.

Voxofon App is newly introduced to Windows store for Messaging and Calls function and it is also free for Windows 8, 8.1, 10 users. 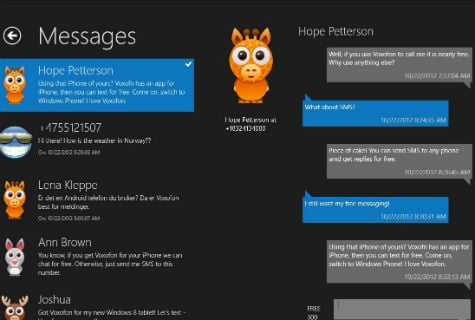 You can see a plenty of messaging apps which is suitable for particular purposes in the windows store. Though it may not be useful to all, we may have a look at the options available.

This is a paid app which used to connect and chat with the Google voice users mainly. 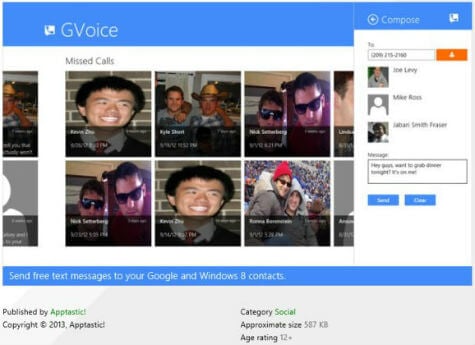 This app also can be used to connect with the other Cias account users. It is available as free in Windows Store. 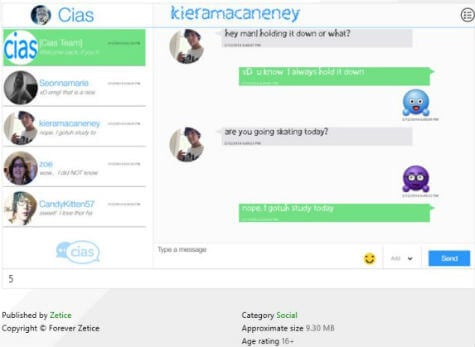 MiTalk is another chat application which may have interest in some users. It is available as free in Windows Store. It can be used to connect with the other MiTalk users. 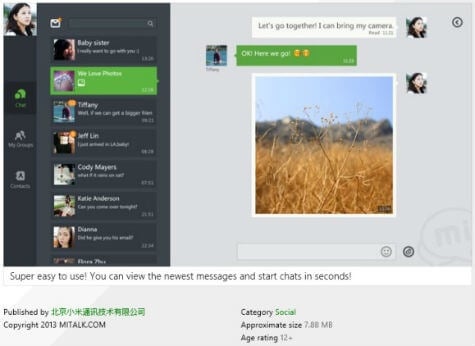 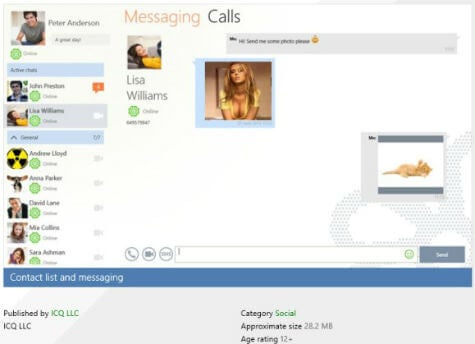 This app is used to connect with Internet Relay Chats for Windows 8. IRC chat is a special purpose chat applications which may not be useful to most of the users. It is offered as free in Windows Store. The interface of this application may seem unfamiliar to other than the IRC chat users. 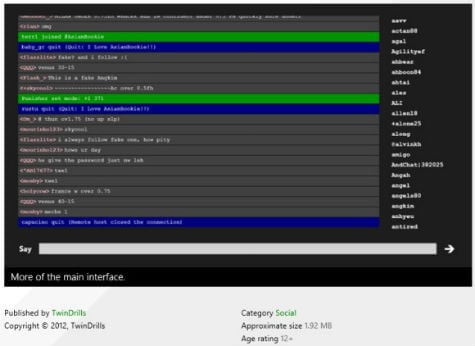 Unlock Hidden Titles in Netflix with These Secret Codes

How to Setup iCloud Email on Windows10 Email App