Looking for an MS Office alternative for Linux? Productivity is an important aspect of any OS or platform in general. Fortunately, Linux does have plenty of productivity tools including office suites.

Unfortunately, big names like MS Office or Adobe’s suite of apps are not available for Linux users. And here are the best Microsoft Office alternatives on Linux. 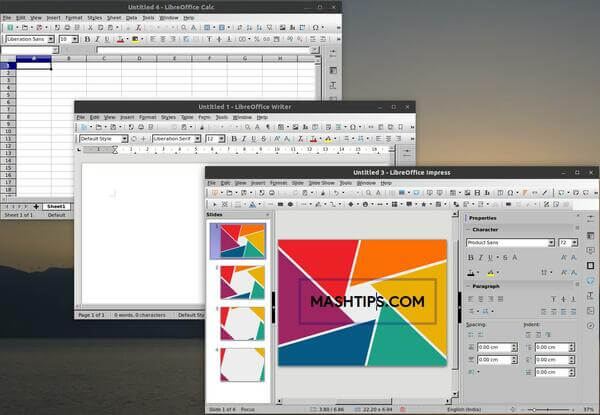 LibreOffice is widely considered the best MS Office alternative on Linux. It’s the default office suite that many Linux desktops and distros ship with. Some of that has to do with the fact that it’s open-source and free. Some of that is because it is just that good. Of course, it’s not Microsoft Office but an alternative and if you’re used to Microsoft’s product, getting used to Libre Office will be a challenge at first.

As you use it though and get comfortable, you’ll find Libre Office to be just as feature-rich if not more. LibreOffice essentially is a fork of OpenOffice which used to be well known before LibreOffice happened. Being an open-source software also gives it the advantage of a huge developer pool. Basically, anyone can contribute to the project. In order to make things easier for those developers, LibreOffice supports extensions.

Therefore, if there is something you think it needs, look around and maybe you’ll find an extension that adds the feature/function you need. It’s available for all the three major desktop operating systems, including Linux. 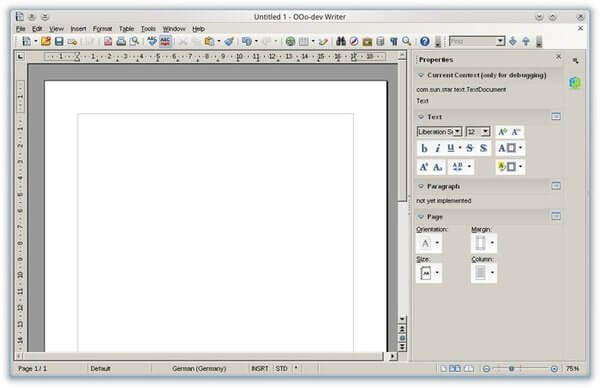 OpenOffice shares the same underlying code as LibreOffice and has quite a lot common with it. Its development has lagged behind LibreOffice due to the slow development cycle. That was actually one of the main reasons LibreOffice broke off from them in the first place.

Yet, Apache OpenOffice remains a viable MS Office alternative for Linux. It has years of development work behind it and like LibreOffice has cross-platform availability. It offers plenty of features for creating documents, presentations, sheets, etc,. Besides the standard open document format, this alternative office suite also supports Microsoft Office formats.

This ensures compatibility between the documents you share or receive to and from MS Office users. 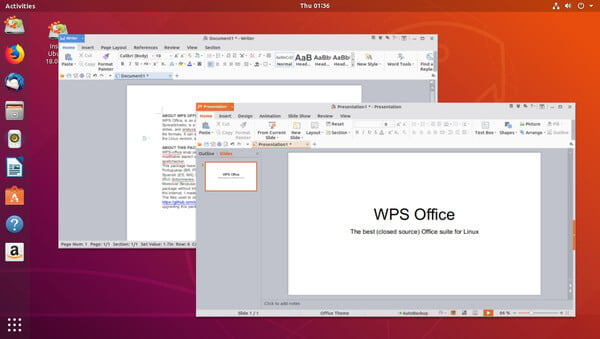 This is a pretty popular MS Office alternative on Android, actually, but it’s also available for Linux, Mac, and Windows. WPS stands for writer, presentation, and spreadsheets so obviously it supports all three. Apart from all that, it also supports opening PDF documents. When it originated in June 2013 it was known as Kingsoft Office but has come a long way since then.

Unlike the previous Linux office suites, WPS Office is not open source and offers both free and premium versions. The premium version includes over 230 fonts, documents collaboration, advanced spreadsheets, documents encryption, etc,. The free version is no slouch either.

Both on mobile devices and desktops, the free WPS office suite offers quite a lot. This includes a modern design both Libre Office and OpenOffice seem to lack. It’s featured as the default office suite on some Linux distros as well. 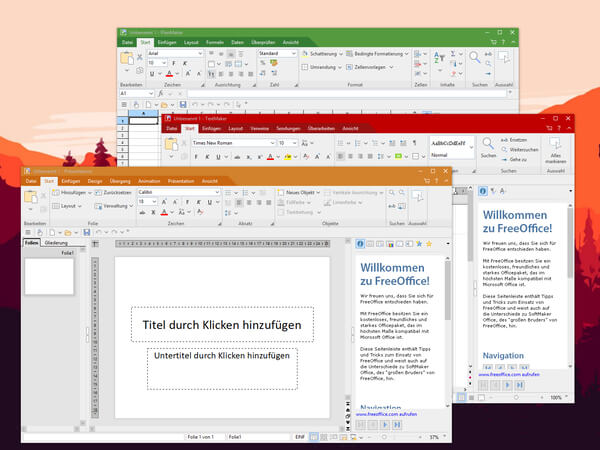 SoftMaker FreeOffice advertises itself as a Microsoft Office alternative. Naturally, being an MS Office alternative, it is compatible with MS Office document formats. Like WPS Office, this Linux office suite is also not open source and completely free. There is, in fact, a premium version but it’s called SoftMaker Office and exists as a completely different entity.

On Linux, it offers three apps: Textmaker (Word), PlanMaker (Spreadsheets), and Presentations. All three apps try to mimic the look and feel of their MS Office counterparts. Out of all the Linux office suites mentioned above, this one is the closest to MS Office you can get.

Related: 5 free Alternatives to Microsoft Office for Windows and Mac 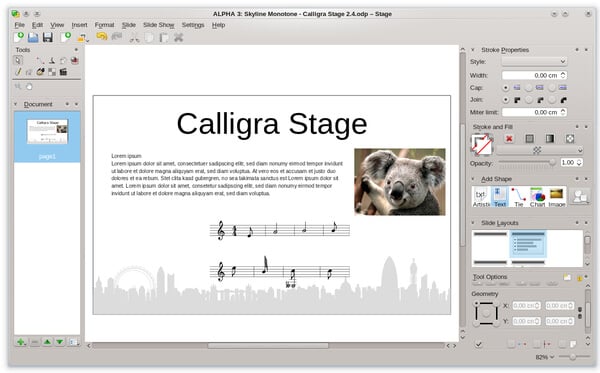 Calligra has been in active development for about 15 years and is one of the oldest Linux office suites. Formally known as KOffice, Calligra Suite is still a pretty viable MS Office alternative. It’s based on Qt and as such gels well with the KDE Plasma desktop environment. It is still available for other platforms as well though.

Feng Office is not quite as popular as some of the other Linux office suites on this list. But it is also open source and is a community maintained MS Office alternative. It lets you create and manage projects, clients, reports, workspaces, documents, workflow processes, etc.

There is also a professional edition which is not so free. It’s best suited for business and team communication.  The community edition is recommended for personal use, academic research, and non-business-critical installations. Feng Office strays a little away from your traditional office suites so it’s definitely not for everyone. 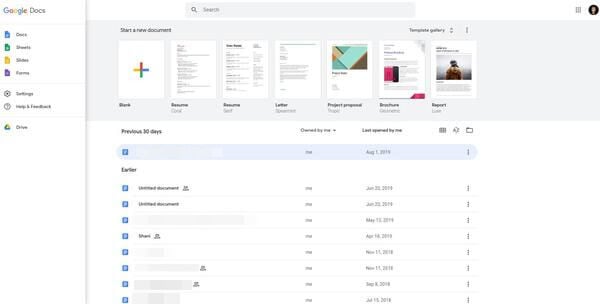 Google’s G Suite of web-based apps takes a different approach to office suites than Microsoft Office. It’s probably the most popular Microsoft Office alternative across all platforms. Being web-based gives it a few advantages in terms of document collaboration and sharing. Not to mention you don’t have to worry about your computer crashing in the middle of work.

Schools and educational institutions widely use Google Docs and it is a pretty good MS Office alternative. Despite being an online tool, it does support offline saving and editing. The apps list includes Google Docs (word processor), Sheets (spreadsheet), Drawing (diagrams and flowcharts), Forms (surveys), and Slides (presentation). 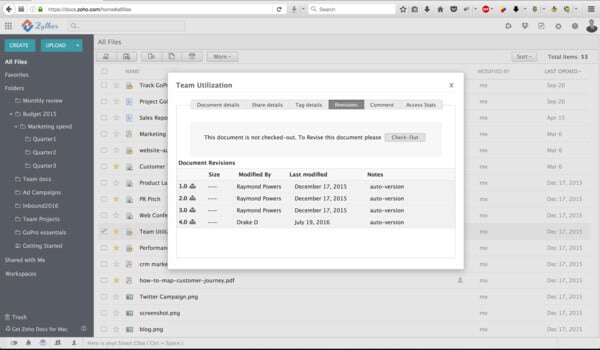 Zoho Docs is a web-based MS Office alternative suite like Google’s G Suite. It targets mostly the business market. This is why most of you may have never heard of it before. There is a free version available. However, features like online collaboration and offline saving are only available with a premium subscription.

It’s a bit pricey but with Zoho Docs you do get Android and iOS apps. There is also a desktop sync client for Windows, macOS, and Linux. You can visit the Zoho Docs website for more details. 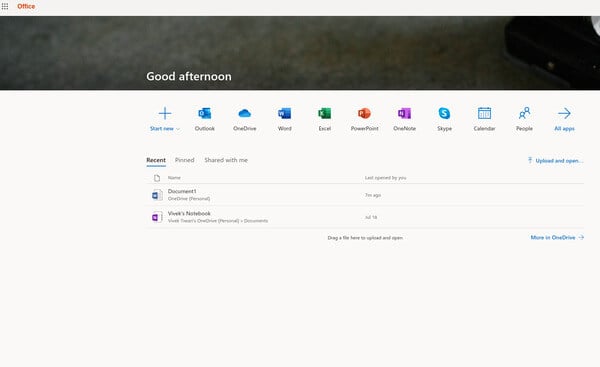 Office 365 is a stripped-down version of the MS Office Suite so it lacks many features. Therefore, users are limited to basic functionality and the experience is rather sub-par. But if you’re not a professional and only want something to look at MS Office documents and make little changes here and there Office 365 is a pretty good MS Office alternative.

When we switch to open source, we are expecting everything at free of cost. Linux users can enjoy the freedom, and avilbale all the essential apps for free. Here is the list of best office suite apps for free and work with Linux OS. You can get free Excel, Word, and Powerpoint alternatives from this list.

How to Get Gmail Notifications on Desktop Without Any Email Clients

How to Install Google Drive on Ubuntu for Backup and Sync

How to Install Slack on Any Ubuntu Computer

How to Make Ubuntu Look Like macOS Big Sur

How to Enable Dark Mode for Google Photos App on Android

How to Bring Back Missing Finder Sidebar Menu on Mac

How to Change Cursor Color and Size in Windows 11