How to Secure Google Drive App with Fingerprint Lock on Android

Check out how to use the fingerprint scanner or Face Lock feature on your Android smartphone to lock and secure the Google Drive app.

Google added the Privacy Screen option on the Google Drive app for iPhone users recently. The option lets the iO users use the Face ID or Touch ID to secure and unlock the Google Drive app. This inbuilt feature adds an extra layer of security. Therefore, enabling the privacy screen feature on Google Drive for iOS will keep others from accessing your important files in the drive using your smartphone.

If you are using an iPhone or iPad, check out our guide to set Face ID or Touch ID lock for the Google Drive app on iOS.

Related: How to Secure Google Drive with Face ID or Touch ID on iPhone and iPad

How to Lock Google Drive App on Google Pixel?

Google Pixel runs the Pixel Experience version of Android optimized by Google for the Pixel hardware. However, not even the latest version of Android 10 does not come with an inbuilt app lock feature. Meanwhile, other vendors with customized Android OS have the inbuilt app lock feature for years. Unfortunately, in case you are using a Google Pixel, you have to secure Google Drive with the fingerprint scanner using any third-party apps. 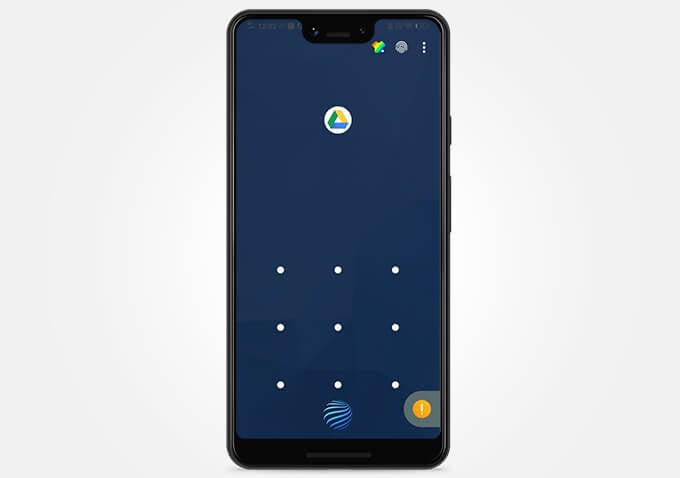 There are tons of app locks available to download from the Google Play Store. For example, we can take the AppLock app from DoMobile Lab as an example. It is one of the most downloaded App Lock on Google Play Store. The app also supports the fingerprint scanner on your smartphone. If you are looking for more app lock options on Android, jump to the third-party app lock section. 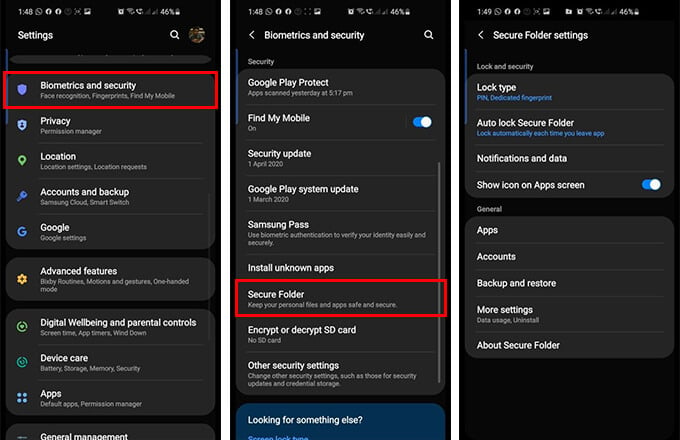 Now, you can exit the settings and add the Google Drive app to the secure folder. Here is how. 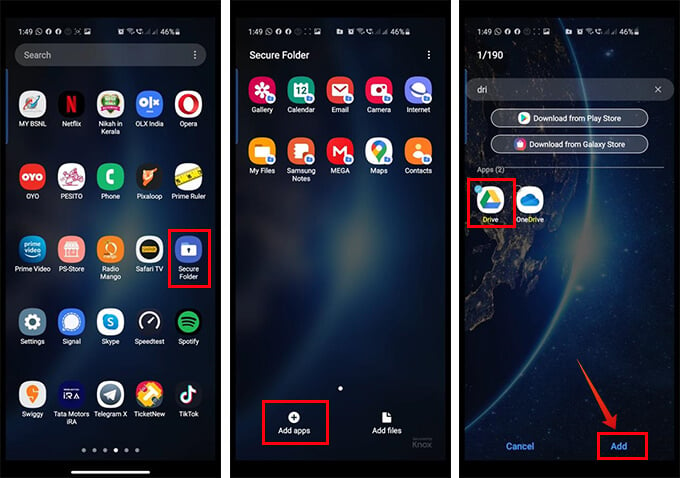 Related: How to Sync Mac Folders with Dropbox and Google Drive 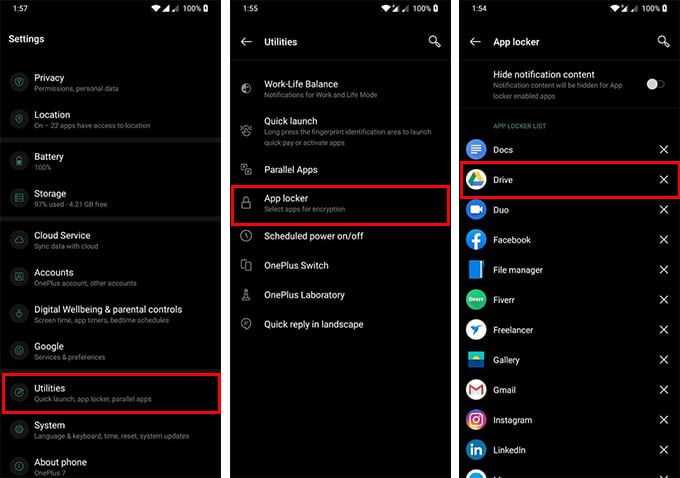 Your Google Drive will be secured with the fingerprint lock on your OnePlus smartphone.

The Chinese smartphone brand Xiaomi’s smartphones come with MIUI, which is in fact similar to the OnePlus’s OxygenOS in many ways. Hence, there is an inbuilt app lock feature which you can use to lock Google Drive using your fingerprint scanner. Follow the steps to quickly secure Google Drive on your Mi device. 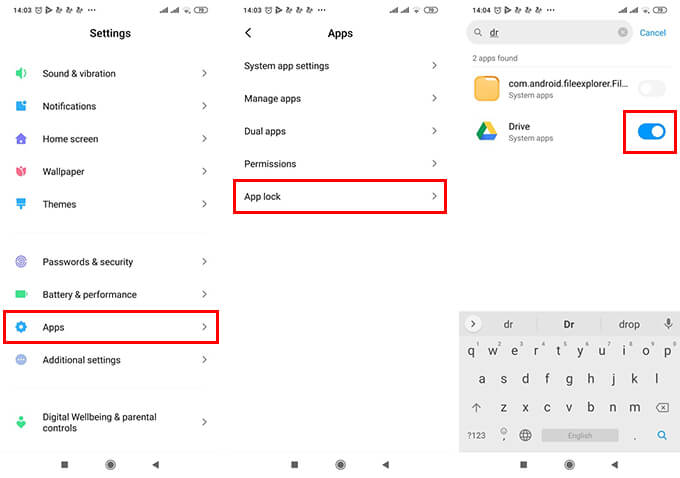 Related: How to Get the Best Out of Google Drive

As mentioned above, you can download and install the popular AppLock app on your android smartphone to secure google drive ap and other apps. Here are some of the better alternative apps to lock your apps using the fingerprint scanner on your smartphone. 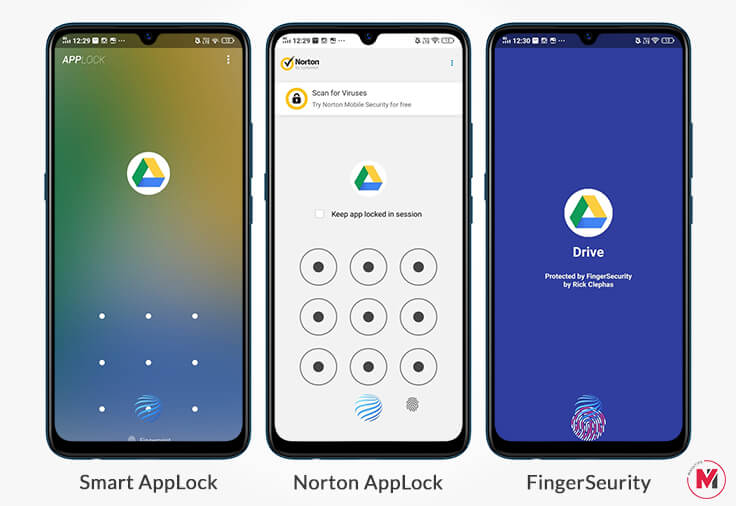 How to Setup and Customize Routines on Google Home