Windows 10 users are in for a treat as Microsoft closes in on the release of the next major update. The version 1709 (build 16299) update which is released worldwide on October 17th brings a plethora of features and improvements which promises to make the user experience better than before. Even though much-awaited features like Application Timeline and Universal Clipboard didn’t make the cut in the final release, Redmond giant still keeps its word by delivering noteworthy changes and features that will come in handy for the users. Here, let’s take a look at best features of Windows 10 Fall Creators Update that you would like to keep an eye on.

Windows Mixed Reality software is arguably the most awaited feature that is included in the fall creators update which will be a platform for the virtual reality hardware components for OEMs like HP, DELL, ASUS and ACER. The hardware manufacturers also will release the mixed reality handsets supported for the launch.

While most of the devices will be unveiled on the launch date, others will make way in the coming days. It contains Mixed Reality Portal and Mixed Reality Viewer. Also, it incorporates the Remix 3D and Paint 3D apps for better working. 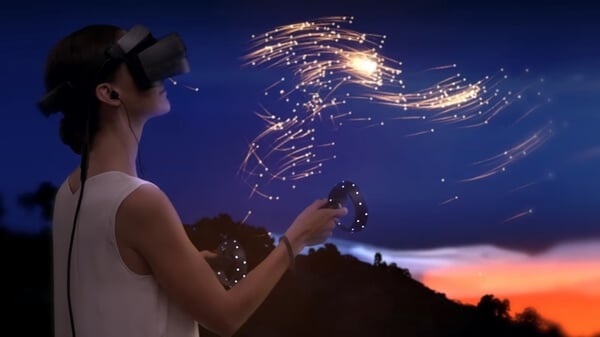 Also read: The Quick & Easy Method to Install or Upgrade to Windows 10

This one feature that did not make it in the previous April Creators update release and will make its way in this Fall update. This is a communication feature that enables you to pin three favorite contacts to the taskbar and provides you the means of staying in touch with apps such as Mail, Skype or the People app. This designates an area in the taskbar for your preferred three contacts that are pinned where you can drag and drop files into an icon of a particular person to share with them (the app used before or frequently is taken as the default). 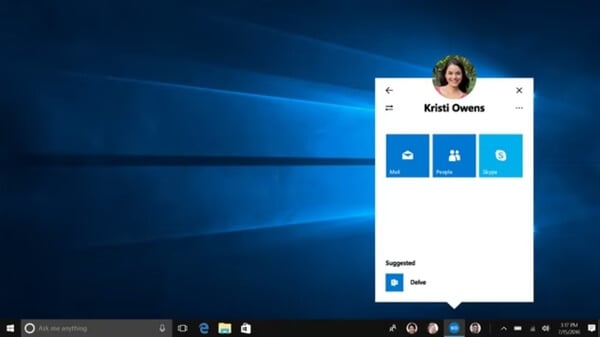 The combining of contacts is available which allows you to link similar contacts in the contact list quickly. The fun feature added here is the “shoulder taps” which are simply Emoji messages which pop up from the toolbar grabbing your precious attention. They still pose some limitations as the apps integrated are all UWP apps meaning some popular social networking apps such as Twitter and Facebook still haven’t been integrated.

This feature is basically windows 8.1’s OneDrive smart-files whereby the users can download specific files whenever needed and not go through the hassle of downloading all the folders and wasting a huge amount of storage space. 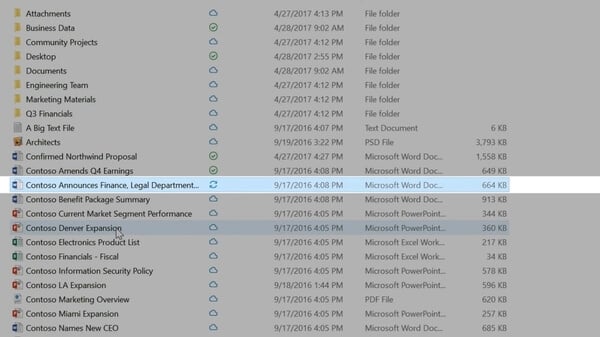 The comeback of the Placeholder feature which was removed from the older Windows 8.1 version is highly appreciated as the loyal Windows users sorely missed it. The green checkmark shows that the file or folder is synced to offline mode and the grey empty symbol shows the files in the cloud. There’s another security feature by which a detailed notification is displayed whenever an app tries to download a file from the cloud with the option of canceling or blocking that specific app.

The newest update brings improvements and features to the integration of smartphones with the help of the Microsoft digital assistant Cortana. This includes features like continued browsing whereby you can easily pick up the work that you were doing from where you left off by using the powerful cloud services. 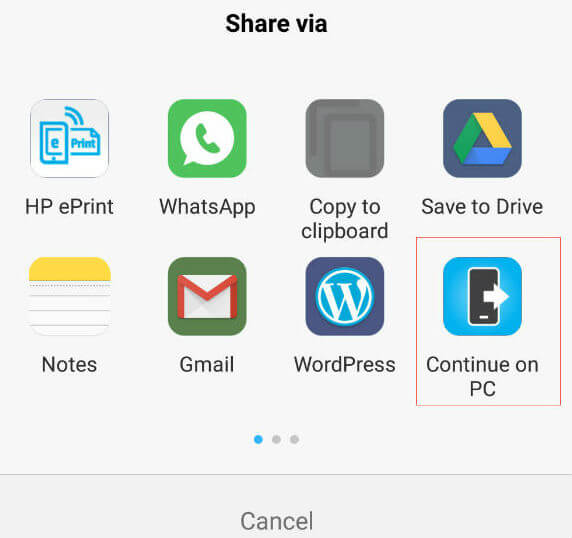 This also includes the “continue on” option from the browser that sends the website to the Action center as a notification. For this feature to work smoothly, we need to install Microsoft Apps on Android and iOS.

The story remix app in the fall creators update is the previous photos app on steroids!. It relies on machine learning to create a story in style by adding music, inking, transitions, or even 3D animations and objects. It serves the purpose of a simple video editor but with a much broader scope of creative content that made it a star in the keynote event that showcased its glitter.

It’s been also noted that the feature of adding 3D objects may be added to the coming update even though the main app itself already available. The good news is that insiders will soon have the opportunity to try out the same in the coming months during the Redstone 4 development cycle. 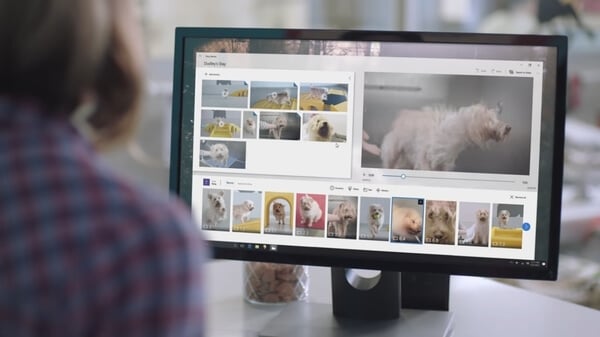 Windows 10 has been relentless in its efforts to evolve and change the overall look and feel from the time it has launched and this time it seems to have hit a sweet spot with what the development team calls as Fluent design. The aesthetic looks are better with the universal design language appearing across the system. The transparency and blur effects were teased earlier with the update of Groove music much to the pleasing of the users and it seems now that all of it would be seen throughout the OS. 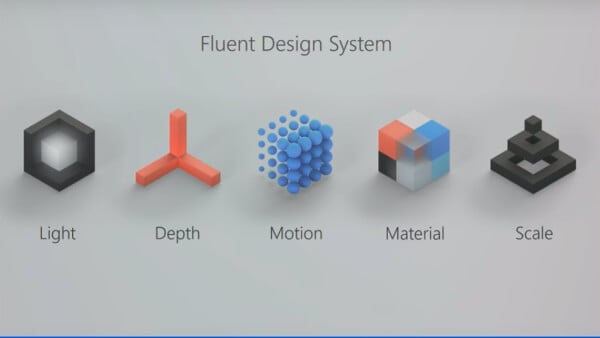 Yes, you heard that right. Microsoft has been going all out lately in showing how much they appreciate the major Linux system’s quality by deciding to introduce Bash in the previous update but have now gone a step further by adding SUSE and Fedora Windows Subsystems to the already included Ubuntu. 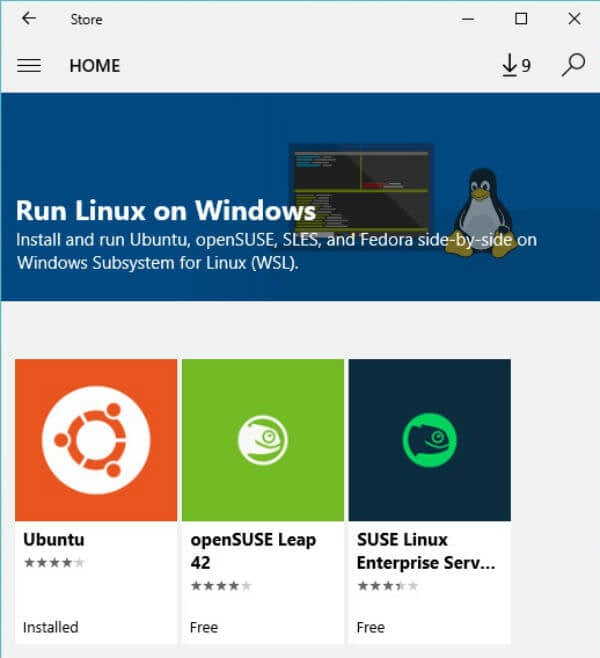 This advance in the collaboration means that Microsoft will keep on adding further improvements and features in the right direction with the most popular Linux distros. These distros will also be available to be acquired from the windows store itself. Before that, we might need to enable the Windows Subsystem for Linux (WSL) from the Windows components to begin installing these.

The recent affairs in the digital world have created a buzz among the consumers regarding the security of their data. The controlled folder access feature in the newest update aims at being a special tool for the protection against ransomware. This secures the files and folders from unauthorized changes to the file properties by random applications.

The documents library such as documents, pictures are blocked by default and cannot be deleted. The new functionalities are based on the Microsoft threat detection and protection service and the WDAG which creates a sandbox by adding the potential threats and malware from the downloaded location in the browser. The implementation of machine learning will surely see the best of protection for the average consumer.

Like in almost all the feature updates, this one also brings features and improvements to Cortana, making Microsoft’s digital assistance much smarter and engaging. The new ability enables the system to gather information by analyzing the outside data with the use of the device cameras. The range of new commands also helps in basic functions like shutdown and reboot.

Under the Hood Improvements

Some general improvements have also been added to the settings. Most notably, storage sense has improved for better usage specifics where you can delete the previous version of windows after an update. New settings options are added including a general Cortana settings tab and activity monitor that shows statistics of downloads. The advanced option in the delivery optimization settings allows you to control the bandwidth usage to download and update windows updates.

A new GPU utilization in the task manager helps to view the graphical memory usage. Power throttling has been added that’s only limited to the new Skylake chips which reduce the resources used by the background tasks to maximize the foreground app performance. The new calculator app brings a currency converter which was touted as the most requested feature in the feedback hub.

Improvements in the Windows shell:

So as we have discussed, the new major update brings a fun load of features and enhancements that will be available to home and enterprise users alike. As always this may also bring some bugs and might present problems by breaking something existing, so it’s always a good idea to back up the important data. Windows 10 has matured over the years, and probably Microsoft has taken reasonable care to keep problems to the minimum.

That’s our pick for the best features in the windows 10 fall creators update. We hope you would also be able to enjoy those and feel free to comment on the ones that we have missed to add to the mix.

How to Create and Personalize Your Own Avatar on WhatsApp

How to Get WhatsApp Dark Mode on Android

How to Set up UPI and Pay Through WhatsApp?