Find and Control Which Android Apps Can Access Your Mic & Camera

Privacy is a major concern when you install a new app on Android phones. Some may have access to your camera and microphone, putting your privacy at risk. If you’re running Android 10 or above, you can even find which Android apps are accessing your mic and camera or something else.

Let us see how to use the Android permission manager to find which apps can access microp[hone and camera on your Android phone.

Find Which Apps Can Access Microphone, Camera, Location on Android

Android’s permission manager isn’t a separate app but built-into the Android Settings app instead. So follow the steps below to find out which apps are accessing your mic, camera, or something else. 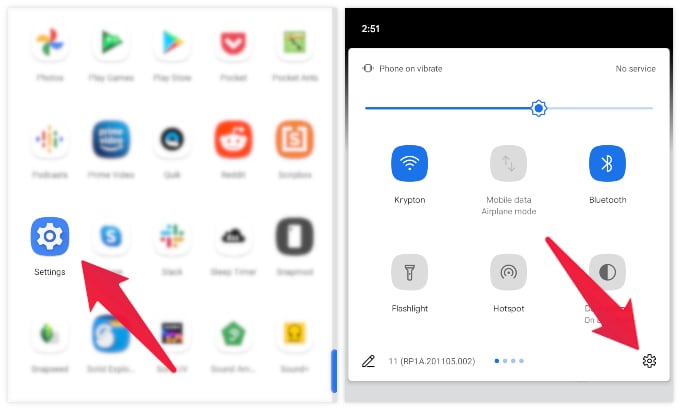 From the screen, you can manage app permissions for your camera, mic, notifications, etc. 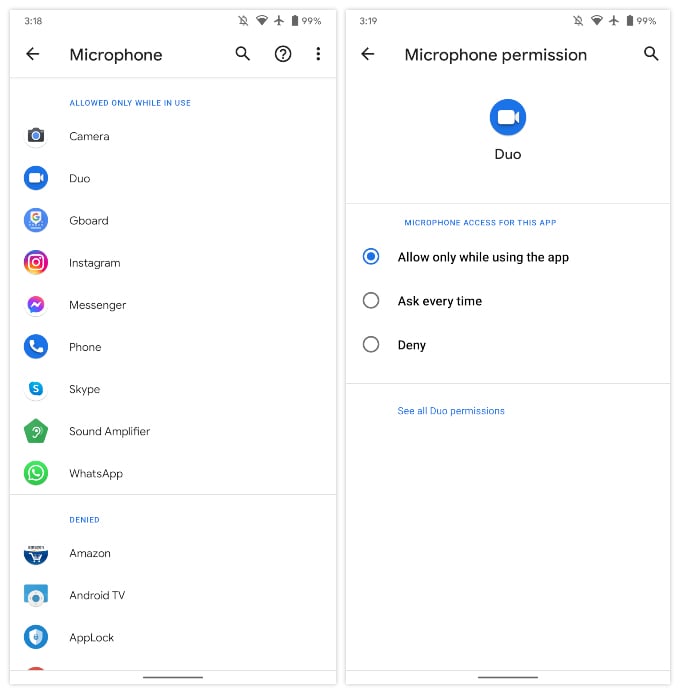 Related: How To Install Alternative App Stores On Android

By default, the Permission manager hides all system level apps from the list of apps. And there is a good reason for that. To see system-level apps, tap on the three-dot overflow menu button in the top-right, and select Show system. 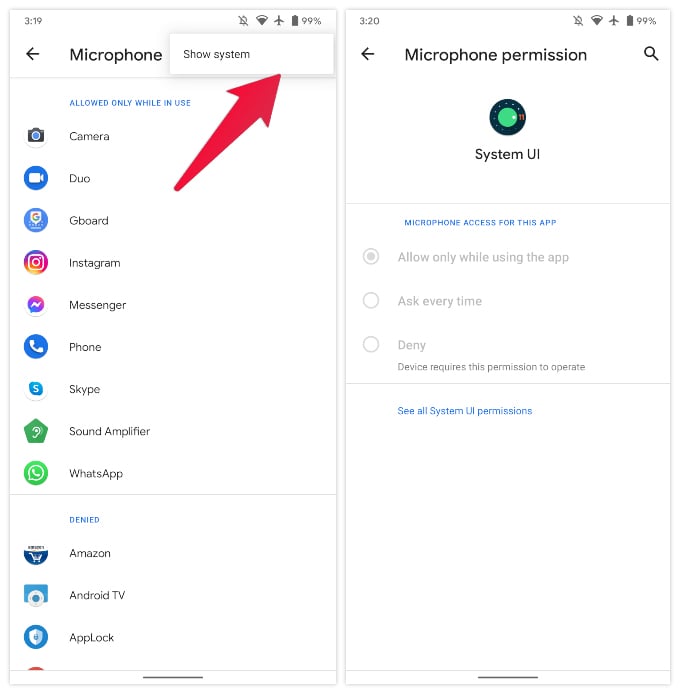 When you select a system app, you’ll notice the permission options are grayed out. The permission manager does not allow changing permissions for system-level apps. But some system app permissions can be managed, in a limited fashion.

So, that’s how you can find out which apps are accessing device hardware features such as the mic, camera, location, etc. However, you can only change those permissions for third-party apps and not system-level apps.

How to Take a Screenshot on Android Auto

10 Best Smartwatches under $55 that work with iOS and Android