How to Bring Chrome Toolbar to Bottom of Android

Chrome Duet can bring the Address bar functions along with other home and share icons at the bottom of the Android phone to easily access. Chrome Duet is an updated version of the Chrome Home flag. The Home Flag in Chrome allowed the entire address bar, along with the menu and tabs buttons, to be moved to the bottom on Android devices. This is pretty handy if you find it difficult to constantly reach all the way to the top of your phone’s large screen.

Let’s see how to bring the browser menu bar into the bottom of the screen by enabling the Google Chrome Duet Flag.

Editor’s Note: Chrome flags are hidden features and enabling them might result in crashes or performance and other issues. We have tested and got all the screenshots from Google Chrome 75.0.3 version. The Home flag has since been deprecated in favor of Chrome Duet which brings a split toolbar interface. The Chrome Home flag still work for Google Chrome Stable 65 or older version.

How to Bring Chrome Toorbar to the Bottom of Android.

When Chrome restarts, you should see the new split toolbar UI in the bottom of the browser. In case you don’t, restart Chrome again and that would do the trick.

As you can see in the screenshots above, without Duet ON, there is no menu bar in the bottom. When you enable the “Duet Flag,” the Chrome Browser brings a menu bar in the bottom. There is a three-dot overflow menu button also coming with additional menu options. The home button is also added, along with share and search buttons. None of these icons are too complicated to comprehend.

However, if you still find it difficult to understand, or you simply want to have labels on each button for aesthetic reasons, you can do so as well. Just go back to the flags page and enable the Chrome Duet Labels flag similarly.

Why do you Need Split Toolbar in Chrome

As mentioned earlier, I’ve been using this feature for over a year and have yet to run into any issues. It’s stable enough for daily use, but Google is probably not sure whether it’s something they want to implement just yet into Chrome.

Until they do, the feature might disappear or get modified into something else in later updates. As it stands now though, the split toolbar UI is helpful. With phone screens getting bigger and bigger each year, one-hand use is simply a thing of the past. 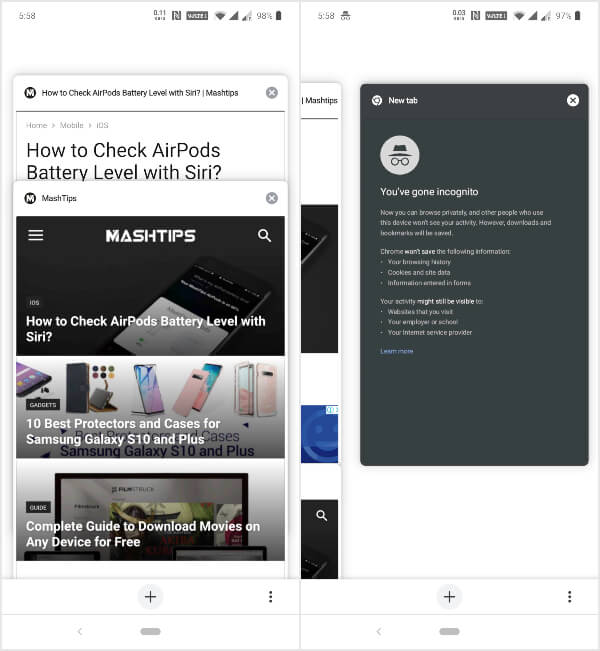 Someone with smaller hands and a phone with a 6.67-inch display can appreciate the new bottom toolbar. The bottom controls are also available on the tabs page, which makes tab management and switching a lot easier as well. 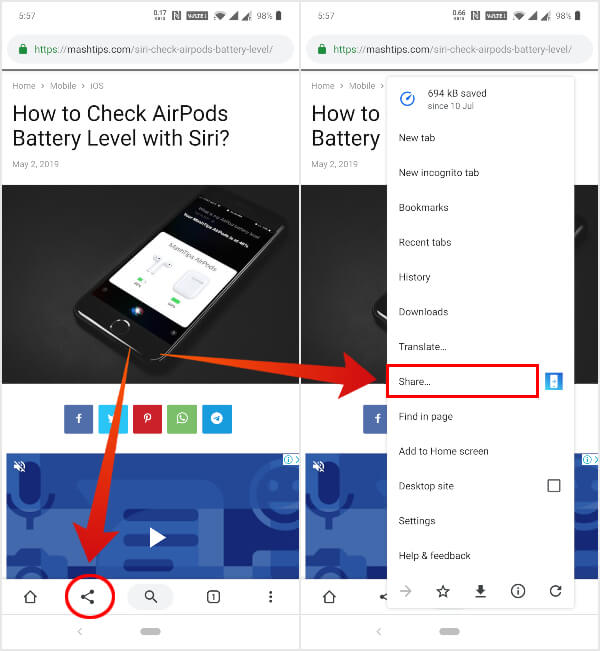 A few things do still need ironing out such as the presence of the Share button on the toolbar as well as the same option being available in the overflow menu. It could perhaps be replaced by the reload button instead which is more often used.

Google maintains four different update channels for Chrome to test new features and changes. Once an update has passed throw the Canary, Dev, and Beta channels, it finally gets to the Stable builds. Even then, every user might not receive the said feature. The Chrome Duet split toolbar on Android is one such example, not yet a built-in feature yet.

Chrome Duet is a chrome flag which enables a new split toolbar UI that is still under testing. The feature has made it to the stable builds though, so it’s not quite a beta feature. I’ve been using it for over a year without any issues.

Once enabled, the menu and tabs buttons next to the address bar are moved to a toolbar on the bottom along with some other controls. The address bar still remains at the top. While it’s not quite the same, it does help by placing a search button on the bottom toolbar. Tapping this button has the same effect as tapping the address bar and lets you type a web address or query.

How to Get Gmail Notifications on Desktop Without Any Email Clients

How to Change Default Mail App (Gmail) on iPhone

How to Reset iPhone Predictive Text and Keyboard Dictionary