HomeSmartWatchHow to Create Your Memoji on Apple Watch

How to Create Your Memoji on Apple Watch

Memojis on iPhone is quite a thing, you can make it look like you and share it with your friends. You can send Memojis as stickers on WhatsApp and iMessage. Ever thought of getting the same on your other Apple devices? Your Apple Watch can now have its own Memoji, just like on iPhone. You can make it right from your Apple Watch.

We will see how you can create your own memoji using Apple Watch.

Apple adds its favorite memoji feature to the Apple Watch from the Series 6 onwards. If you are an Apple Watch Series 6 owner, you just got lucky. You can create and customize your own memoji face on Apple Watch itself. 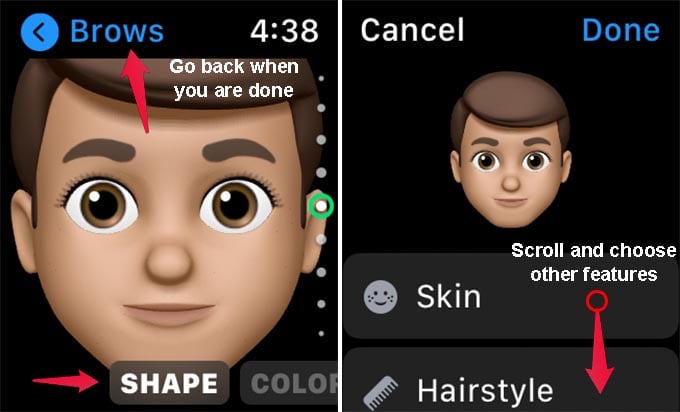 Related: How to Find Apple Watch Backup Files and Delete

Did you just change your hairstyle or getting a new pair of glasses? Well, it is fun to make the memoji look exactly like ourselves, right? In such cases, you can quickly edit a memoji from Apple Watch and change features.

You can make multiple memojis on your Apple Watch, and edit each of them at once. Also, you can duplicate memojis to make a slightly different version of your memoji.

Related: How to Get Animoji or Memoji Stickers on WhatsApp for Android

Delete Memoji from Your Apple Watch 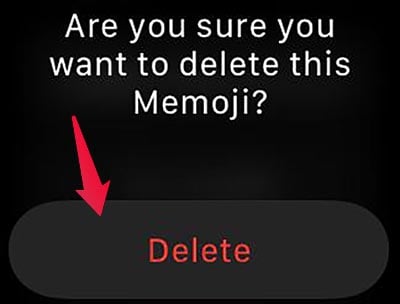 Deleting memoji from Apple Watch removes it from the watch face, iMessage stickers, etc. You can also create as much memojis as you want, whenever you want.

Memoji on Apple Watch is just as same as on your iPhone. You can make appropriate changes, add accessories, and save your customized memoji on your new Apple Watch easily.

How to Turn On Low Power Mode on Apple Watch

How to Connect iPhone or iPad to TV to Stream Media Files.