Complete Guide to Install or Delete Apps on Apple Watch

Apple Watch, in a few words, is a miniature version of your iPhone on your hands. It has loads of features, and enough storage space to install and run apps on its own. Aside from the pre-installed apps and the ones from the paired iPhone, many users still don’t know how to direct install or download apps on Apple Watch.

Here is a guide to help you download and install apps on Apple Watch, and of course you can delete those apps if you don’t like it.

How to Install and Update Apps on Apple Watch Automatically?

When you set up and pair your Apple Watch with your iPhone, it syncs the data and app information for better usability. However, in case you did not know, Apple Watch can install apps automatically that are present on your iPhone. Thus you get Apple Watch version of almost every app you use on your iPhone. 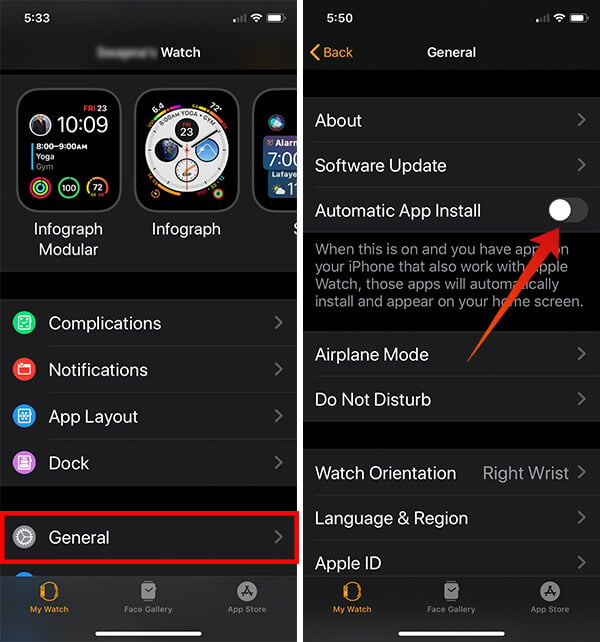 How to Stop Automatic App Install on the Apple Watch?

Enabling the automatic app install feature for your Apple Watch will ad every single app that is present on your iPhone. Since the Apple Watch does not come with bigger storage spaces, it is recommended to keep this turned off. Otherwise, you will be running out of storage space with loads of apps. Follow the steps to disable Automatic App Install on Apple Watch.

How to Download Apps on Apple Watch from App Store?

Apple Watch does not have a dedicated App Store provided within the device. That does not mean it is not possible to install apps directly. You can download apps on Apple Watch directly from App Store using your iPhone. Here is how. 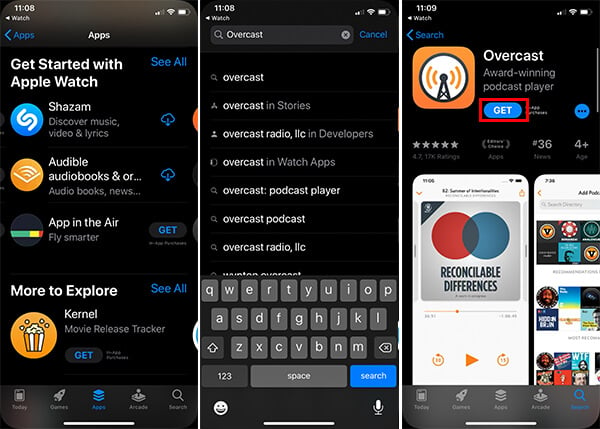 This will install the app on your Apple Watch only.

Also read: How to Restart or Hard Reset Apple Watch

How to Install Apps Available on Your iPhone?

When the Automatic IApp Install is disabled, the Apple Watch will only have the apps you want. However, when you want to install an app to the Apple Watch and it is already present on the iPhone, you do not need to download it separately. You can also install the previously used apps through this. Learn how. 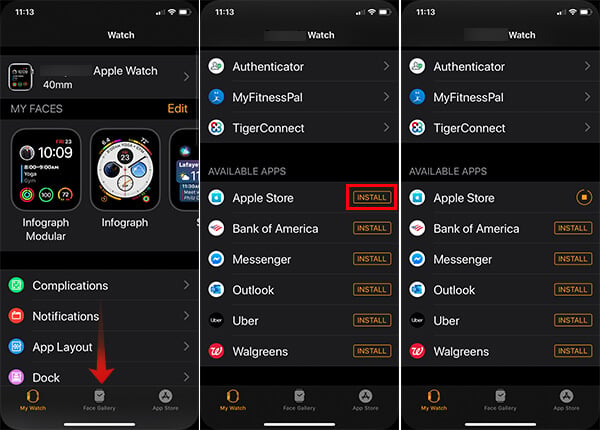 You could find all your Apple Watch apps from a single home screen, where you will be able to scroll between them. The default app view for Apple Watch is in grid view, which arranges the circular icons at various sizes. The system apps are mostly found in the middle and the newer ones to other ends. If you want to rearrange the app icon grid view on Apple Watch home screen, follow the method.

You can also do the same from your iPhone if you do not want to unlock Apple Watch to rearrange the apps.

Do you find the grid view too congested or difficult to find apps? Then the list view is best for you since it arranges apps in alphabetical order. Follow the steps to change from grid view to list view.

How to Add App Complications to Watch Face?

To add an app complication to the Apple Watch face, 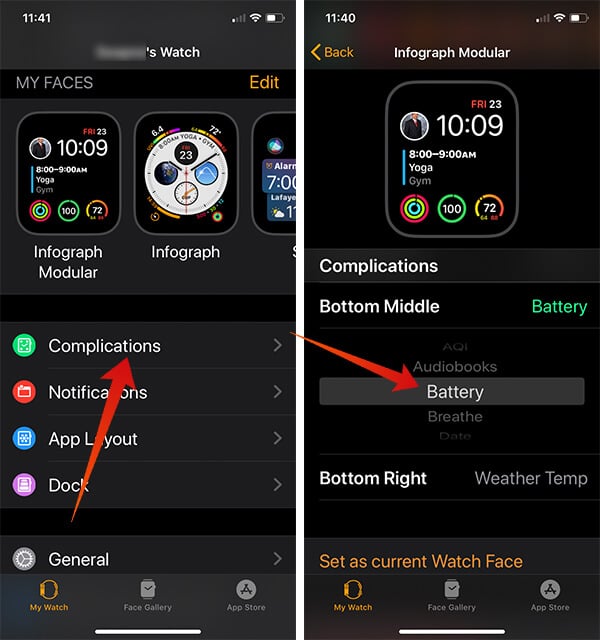 How to Adjust App Settings on Apple Watch?

You can change the preferences for all the apps including both the inbuilt ones as well as the third-party ones. You can adjust the app settings of your Apple Watch from the iPhone using the Watch app. 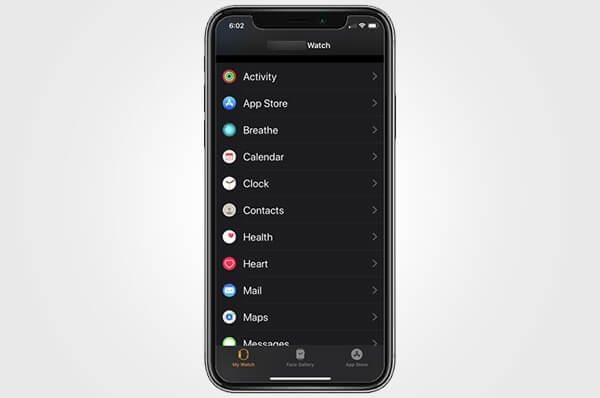 How to Remove Apple Watch Apps?

If you think a third-party app is taking too much space from your Apple Watch, you can delete those apps from Apple Watch. If you are on grid view, follow these steps to remove an Apple Watch app.

If you are using the list view, here is how to delete Apple Watch Apps.

The deleted apps will only get removed from Apple Watch and it remains on your iPhone until you remove from there too.

Also Read: How to Lock/unlock Apple Watch with Passcode

After deleting the apps, the same app will also get removed from the connected Apple Watch.

How to Check Storage Used by Apps on Apple Watch? 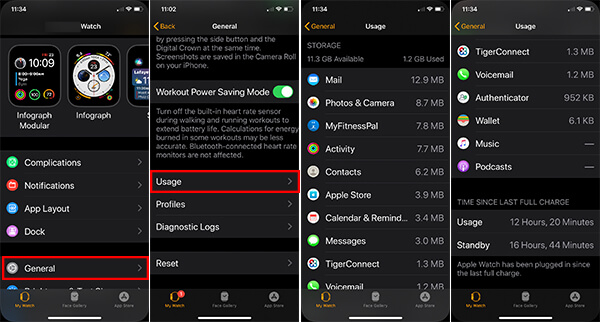 Are you the new Watch user? Now you now get an idea on how to download, install, uninstall apps on your Apple Watch. Just like your iPhone, the process is pretty easy. If you prefer to do all these on the large screen instead of Apple Watch tiny screen, you can depend on iPhone Appel Watch App to delete or install new apps on Apple Watch.

How to Mute WhatsApp Calls on iPhone