The Top 7 Must See Features of Amazon Fire Phone

Amazon is revealed it’s much awaited Amazon Fire Phone to the public on 18-6-2014. It’s a good phone with decent specs which can attract most of the customers. Apart from it’s good hardware, Amazon is also presented few customer oriented software features of this phone which is very useful to the users.

We will see the most attractive features of this newly introduced smart phone along with it’s few hardware specs. The most expected features in smartphones are more or less are same in almost all the manufacturers.

However, the build and durability and customer oriented features are getting attracted by most of the customers apart from its simplicity of usage.

Here also, Amazon is mainly concentrated on the user friendly features along with the durable material and build. The phone looks similar to the iPhone and the important hardware specs of Amazon Fire Phone are given below.

The main difference of this Smart phone from Amazon is the technology used for it’s display. As per Amazon, the display boasts a 3D effect which may be different from the existing 3D effects. Instead, Amazon is calling it as Dynamic Perspective where the display will show the depth of the screen. This depth perspective is available in Lock & Home Screen and Maps etc currently.

In addition to that, Amazon is also releasing it’s SDK to the developers to take charge of this new dimension in the mobile display technology. To implement this Dynamic Perspective, Amazon uses 4 cameras in the front panel of the Amazon Fire Phone. Using this cameras, Amazon is tracking the user’s head and movements and according to that data, it redraws the entire screen very fast to give an illusion of depth to the customers. 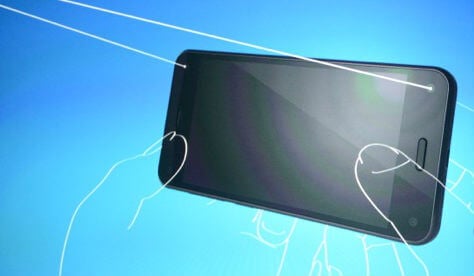 These 4 cameras are also equipped with infra red light which enables them to track the user face even in dark ambient. Also the cameras output will be judged by the processor and the best of 2 will be used for identifying the user head, to cop up with the situation that the user is blocking 2 cameras by their hand while in gaming and all. This 3D effect will give the users to concentrate on finer details in the edges of the pictures and map screens etc.

It will also enable the customer to purchase those things online, which have scanned using this feature. As per Amazon, this feature currently identifies 1oo million objects and they have released the SDK for developers with the API’s to implement this feature in their apps. Amazon has incorporated a unique button to launch this feature within a second like the dedicated camera button.

Though this feature was there in some of the earlier phones, Amazon has demoed this feature very well during the launch event. This feature enables the users to scroll or move the pages in their phone by just tilting the phone. If incorporated properly, this feature will help to navigate the users without touching the screen as against the current touch phones.

The new Fire Phone supports the second screen and X-ray apps which uses to stream the video’s to the Amazon TV. The Second Screen app uses to stream videos to Amazon T.V and X-ray uses to get the information about the currently playing movie which in turn helps the customer to purchase the video. 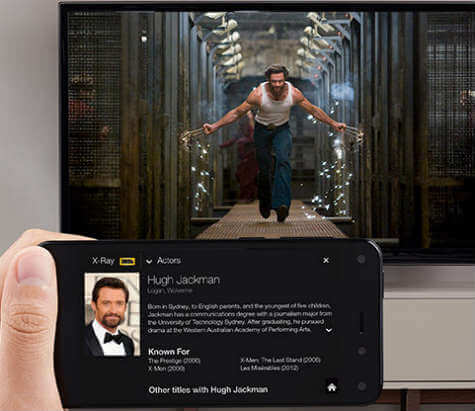 To make this feature better, the Amazon the has implemented the pre-caching technique where the Amazon T.V will also stream the movie you are watching in the Fire Phone which results instantaneous resume on Amazon T.V without any delay.

By using the Amazon Fire Phone, the users will be able to play more than One million songs free of cost using this newly launched Amazon Prime Music Service.

To offer better customer support, Amazon has integrated it’s helpline app MayDay with Amazon Fire Phone which will be helpful for the customers to solve the issues in their phones rather than checking with various forums. 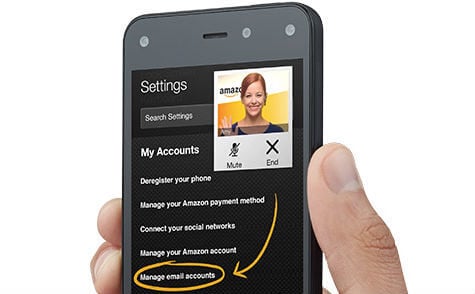 This well known Amazon support is available all the time to their users and has soft transfer facility to AT&T to solve their carrier related issues.

The Amazon Prime service will be free for the Fire Phone customers for next 12 months when purchasing this Amazon Fire Phone for $199 for the 32GB model.   The Pre-orders for Amazon Fire phone already started and it will start Shipping from July 25th onwards.

How to Transfer Playlists from SoundCloud to Spotify

How to Check Data Usage on iPhone