How to Identify Music With Google Assistant?

Google integrated the Now Playing, an offline music identification feature, on Google Pixel2 smartphone. Later, the company rolled out the online version to every Android smartphone along with the Google Assistant. The feature does not involve any extra installation or activation. So, the search for music identification apps ends at Google’s latest features.

Here is how to do a music search on your Android or Pixel smartphones using Google’s Music Recognition feature.

Google Now Playing introduced back in 2017 along with the Google Pixel 2 smartphone. This music search feature uses some offline database to recognize any music or songs even in idle state. The company optimizes the device to listen to the external voice every time and recognizes when it spots music. Google claims the feature to use the very lesser amount of battery power as it does not need any internet connection to match the songs.

Whenever the smartphone is connected to the Internet, Google automatically downloads and stores the unique fingerprint for the popular song in order to use later. So, the smartphone matches the played songs with the stored fingerprints for instant identification.

Here is how to turn on the Google Now Playing and do a music search with Google if you are using Google Pixel 2/2 XL smartphone. 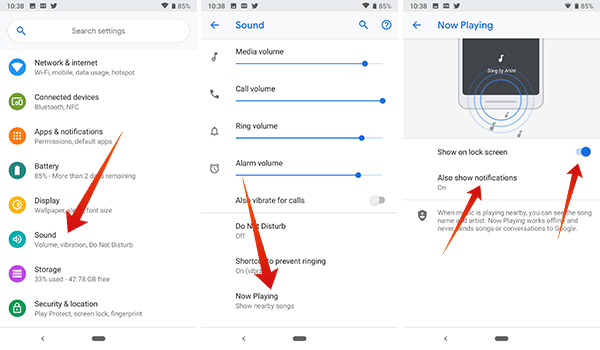 After you turn on these features, the smartphone will listen and identify any popular song for you, right from the lock screen itself. When the device is unlocked, you can find the identified song among the notifications. 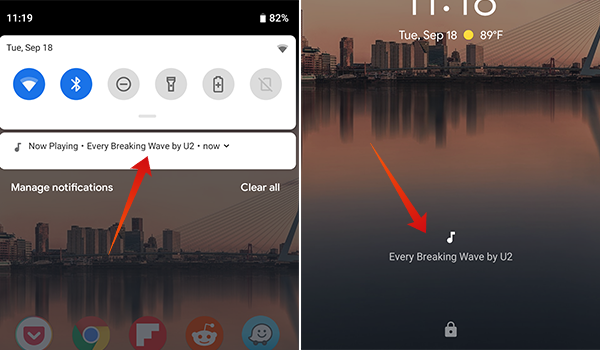 As the feature is completely offline, Google does not send any data or voice to their server. Additionally, we need to note that the feature is exclusively made for Google Pixel at this point and also integrated as a part of Google Assistant. In the future, we may see this as a standard music search feature for all Android users.

Also read: How to Play YouTube Music in the Background With Screen Off

Google’s Music Recognition service was later extended to every Android smartphone users, but not as same as in the Pixel devices. Only the Pixel smartphones integrated the all-time listening, offline music recognition feature to help users with unidentified songs every time. The rest of the Android smartphone users need to use the Google Assistant or Google voice search manually. Check some best practices to identify songs using Google Assistant. 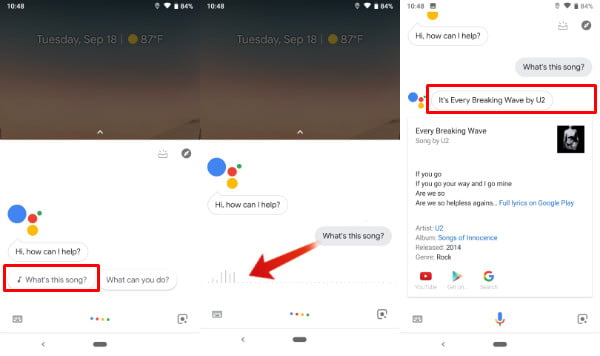 You can also do the same using the Google app. Simply go to the app and tap on the microphone icon at the top corner to ask for song identification. The Google Search music identification feature does not seem to have reached in many countries.

Also read: How to set up and use Google Assistant on iOS.

You can enable the feature by just dragging and dropping the Google sound search widget to Android’s home screen. It also uses the Neural Networks and matching algorithms that Google Assistant uses. But, not much similar to the Google Now Playing, anyways.

The service uses the Google voice search feature and shows the result in the Google app itself. You can also go to the complete search result page from here. In contrast with the Google Now Playing feature, the Sound Search claims to be over 1000 times efficient and richer than the Pixel’s native one.

Use Third-Party Apps for Music Search.

Way before Google or Microsoft introduced the music identification features integrated on their personal assistants, many services like Shazam had become the most popular.

Using Shazam, an online music identification app, you can instantly identify any song that you play. The app is much faster than most of the other services and does not take as much time as the Google Assistant. Only a tiny sample of the target music is required to let the Shazam identify the song. 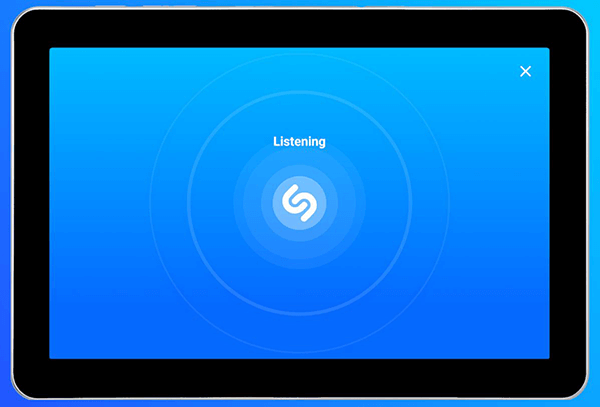 Another better third-party options are SoundHound, Beatfind, and MusixMatch. All these services provide faster song identification and quick lyrics when they listen to any song in the background.

In case you still opt for Google’s native music identification features, you did not need any extra installations. But, the music recognition features by Google takes a little longer time to get a match with the database. However, we can expect the company to rectify issues and release an improved version soon.