How to Install and Uninstall Apps on Ubuntu

No matter which operating system you use, to install or uninstall an app is one of the most basic functions you will use more often than not. On Linux and therefore Ubuntu, the uninstallation process is fairly simple. However, there are quite a few ways to install and uninstall apps. Sometimes an app is only available for installation in a specific way.

Here in this beginner’s guide of sorts, we’ll take you through the various ways to install and uninstall apps on Ubuntu.

How to Install and Uninstall Apps On Ubuntu

Software Center is an app store on Ubuntu, except almost all the apps here are completely free to install. Most Linux desktop environments have their own take on the interface and have different names for it too. For instance, Ubuntu used to call it Ubuntu Software Center. Now Ubuntu uses GNOME, it is simply called Software Center. On KDE Plasma desktop, it is called Discover and has a completely different interface. 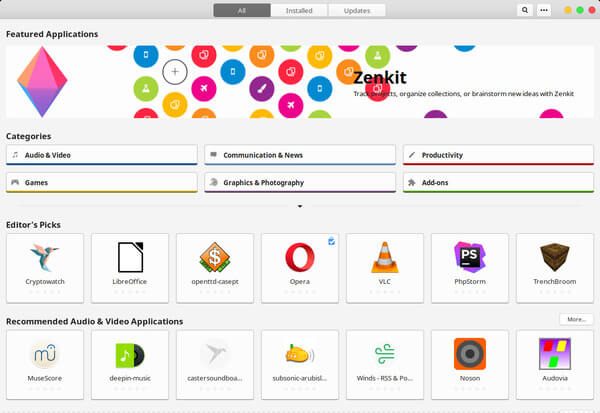 What’s still common in all of those is the backend which is the repository where all the packages are stored. The Software Center simply provides users an easy to use interface to access the Ubuntu repositories, browse and install the application packages. This is in-line with how most things on Linux work. Almost everything is actually done via the command line. But there are a lot of those things that can also be done via a GUI. 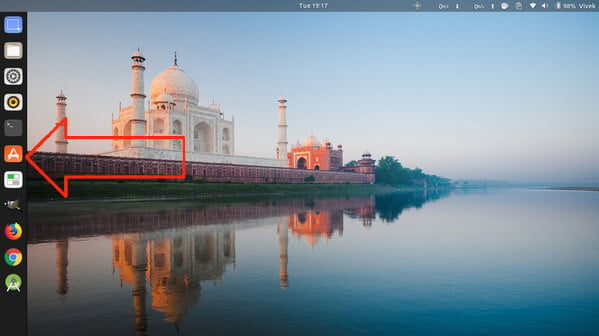 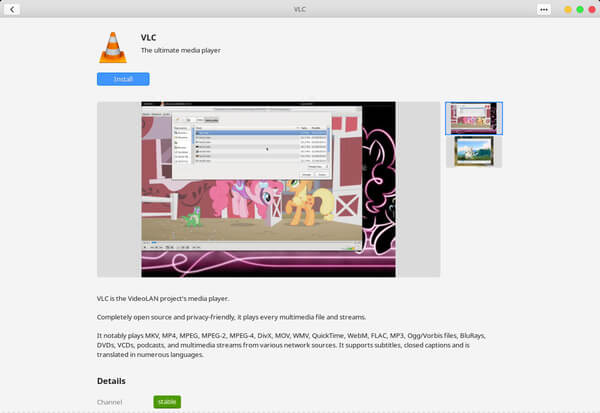 You can browse through the Software Center or search for specific apps. When you find an app you want to install, click on it to access its description page. On this page, you’ll find an Install button along with the description, ratings, images, etc. 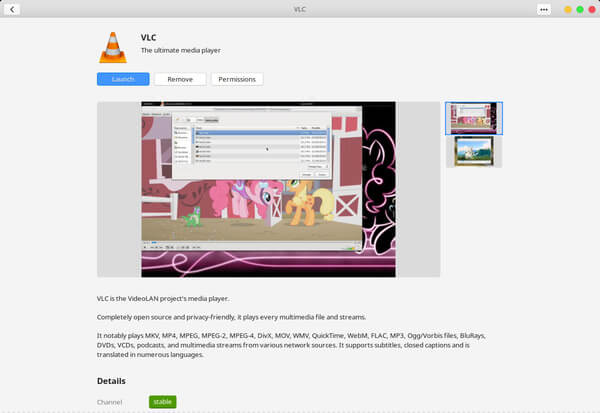 To install an app, click on the Install button, enter your password and then just wait. The app will be downloaded and installed. 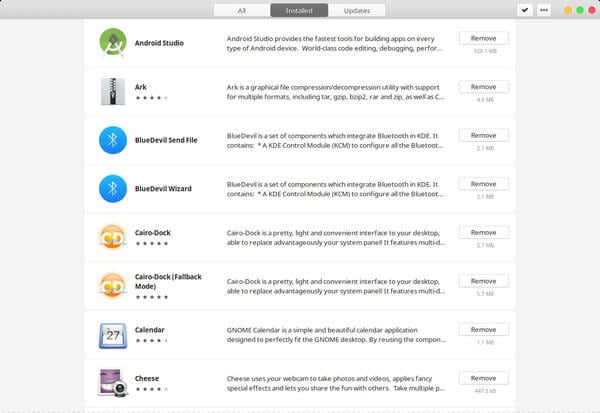 The Software Center has three tabs on the top: All, Installed, and Updates. What you’ll find under them is quite self-explanatory. So under the Installed tab, you have all the installed apps on your device regardless of the source of installation. 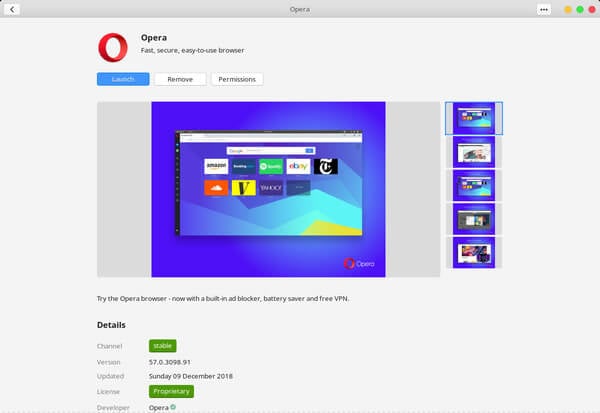 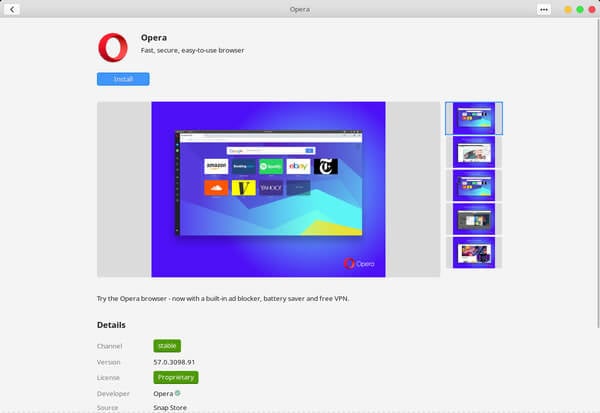 Once the app is uninstalled, you’ll see the Install button again which you can use in case you want to re-install. 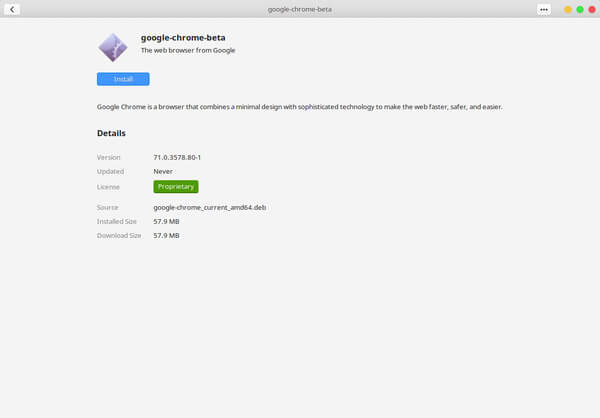 When you double-click on the downloaded .deb file it will open up with whatever package installer you use as the default. On Ubuntu, this is the Software Center. You get the same Install button again clicking which will prompt you to enter your password. Once you do, the app will be installed. 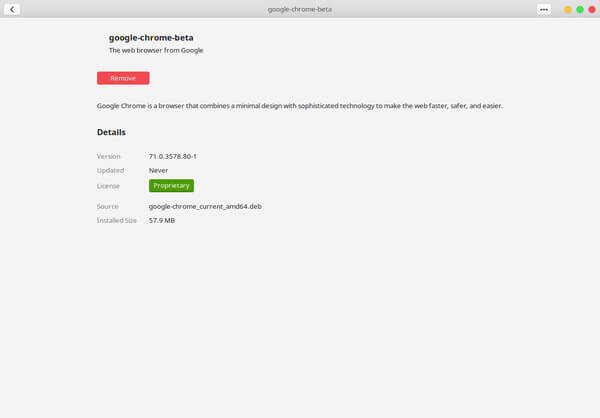 You’ll then see a Remove button instead of the Install button. If you want to uninstall this at a later time, you’ll find it in the installed apps list with every other app in the Software Center.

By default, the Ubuntu repository contains quite a number of applications but sometimes they won’t be enough. Canonical also maintains another repository for proprietary apps provided by their partners and third-party developers. If you enable this repository you can install even more apps from the Software Center such as Skype. 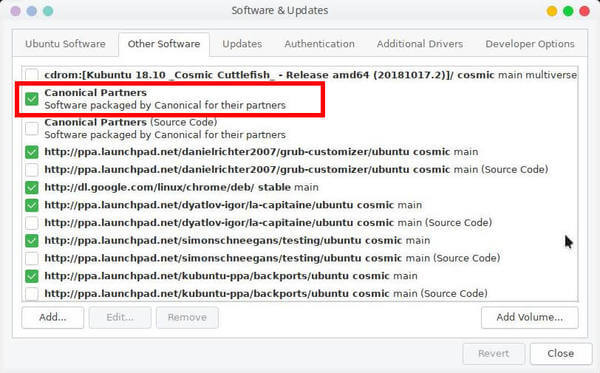 To enable this, search for and launch Software & Updates. Head to the Other software tab, enable Canonical partners. Enter your password when asked and let the software sources reload.

Also read: How to Enable Fractional Scaling in Ubuntu 19.04

Install and Uninstall Apps On Ubuntu via command line

If you’ve searched for software to install on Ubuntu online you’re bound to come across websites that give you commands to use like sudo apt install package_name. This is basically what happens when you click on that install button in the software center. In other words, this command is the command line equivalent of clicking the Install button in the Software Center.

Install & Uninstall From the Repository

The command mentioned above is basically it whenever you want to install an app package through the command line. The sudo part provided root or admin level privileges while the apt (or apt-get if you’re using an older version of Ubuntu) part is a command-line tool to install a package. The package names are not always the same as the name of an application which is why you have to first know the package name before you can install it.

Take VLC Media player for example. To install VLC, you can simply launch the Terminal and enter the following command, followed by your password. 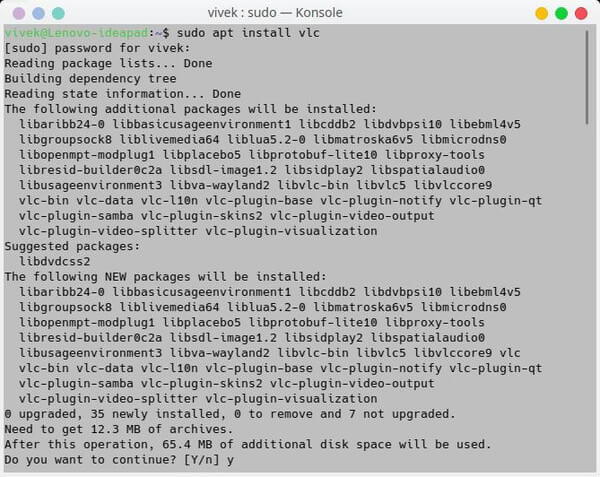 You’ll then be presented with some information about the packages that will be installed and the total size. Enter Y to proceed with the installation.

To uninstall the package, replace install in the above command with remove. So the command to uninstall VLC media player would be this.

Similar information will then be presented to you about the packages that will be removed and the total size after you enter your password. Enter Y to proceed with the uninstallation.

Install & Uninstall from a PPA

A PPA or Personal Package Archive is one of the many ways developers provide their apps on Linux and Ubuntu. These are basically personal repositories of developers. Just like the Ubuntu repository contains a number of software packages approved by Canonical, a PPA contains packages from a developer. PPAs provide an easier way to install packages and stay updated since getting them approved by Canonical is a long process and some developers simply skip it.

You can add a PPA to your system and then install the software packages included in them. The advantage here is that your apps stay updated with your system, unlike a third-party app you install on Windows which has to run its own check for updates.

Debian packages can also be installed using the command line and sometimes it might be the only way you can install a Debian package if it has unmet dependencies.

Keep in mind the package name of an installed app is not the same as the name of the Debian file you downloaded. You can see a list of all the installed packages on your system using the following command.

Other Methods to Install Apps on Ubuntu

If you thought that was all, you couldn’t be more wrong. There are actually a few other ways to install apps on Ubuntu or Linux in general. One of the ways is to install an app from its source code, possible only in the case of open-source software. However, we do not recommend it for normal users because it’s tedious and troublesome and more often than not, not worth it.

You can also install Snap packages, Flatpaks, App images, Python-based programs by pip, etc. These methods aren’t quite popular and actually need a separate guide of their own.

Is Anybody Opening Your Yahoo Email? Find Out Here.

How to Take Scrolling Long Screenshot on Android