HomeMobileiPhoneHow to Shoot and Make Animated GIF on iPhone

How to Shoot and Make Animated GIF on iPhone

GIFs are fun to share, since you get more than a single image, but almost like a video. On the iPhone, you can convert a video to GIF and even combine certain saved images. But, when you want to shoot a GIF, you need to capture multiple images and combine them later. Here is a workaround to easily shoot GIFs on iPhone.

Read more to find out how to shoot animated GIFs on the iPhone.

Well, you do not need apps for everything you do when you have an iPhone. Like most other things, you can shoot and create GIFs by using a Siri Shortcut. You can find the GIF shooting shortcut within the Shortcut apps and start using it. 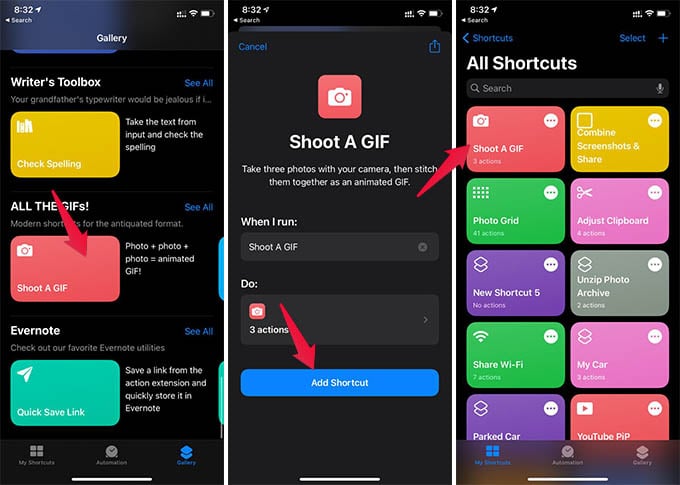 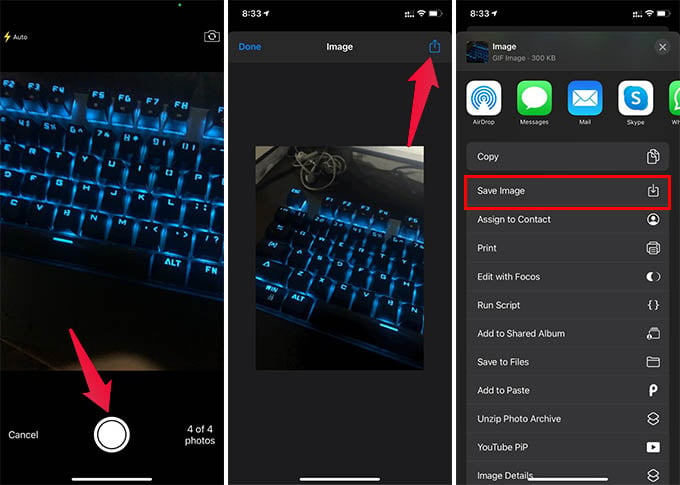 Related: How to Make A Photo Collage on iPhone

There you go! You no longer need a separate app to shoot GIFs and share them with friends. Simply open the Shortcut and shoot up to 4 images to make the GIF file. By editing the Shortcut variables, you can change the image numbers and shoot GIFs with a longer duration as well.

How to Disable Contact Joined Notifications in Signal App

10 Best Educational Apps for Students to Learn from Home

How to Create Google Forms Online for your Business?