How to Take 3D Photos with iPhone: 4 Solutions

When Apple introduced the dual-camera iPhone models, better depth of field pictures amused the smartphone users with the Portrait Mode pictures. Later, Facebook announced the 3D Photo support for the iOS app by converting portrait images into moving 3D Photos. If you are using an iPhone model that supports depth of field image capturing, or portrait mode, there are various ways you can take 3D photos with iPhone.

Here are some of the best possible ways to capture;

Facebook is one of the first-ever apps on the iOS platform to utilize the depth image capturing feature on iPhone dual-camera devices. If you have an iPhone 7+ or later (including 8+, X, XR, XS, XS Max, 11, 11 Pro, and 11 Pro Max) it is quite possible to post 3D photos on Facebook without any other tools. Facebook introduced a 3D Photo feature in 2018, that magically turns your portrait mode photos into moving 3D Pictures.

Facebook’s 3D Photo technology splits the photo apart into subject and background and moves both towards opposite directions to create an illusion using the phone’s gyroscope and accelerometer. The 3D Photo can be seen on both Android and iOS devices, but only iPhone users can post such images. So, you are lucky enough to post 3D photos on Facebook if you have an iPhone that supports portrait mode. Here is how to do it. 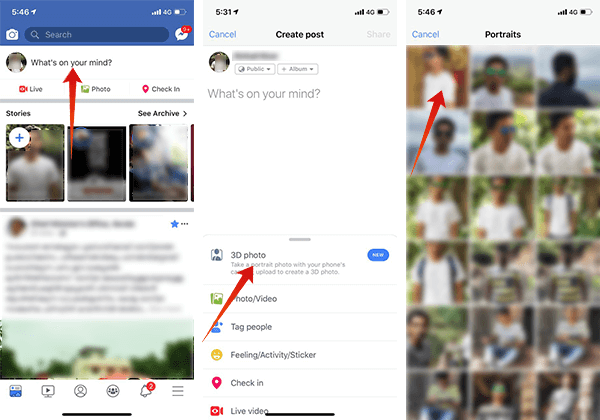 If you just want to take 3D Photos with iPhone and share it on Facebook, then the above method is the best. It simply converts your beautiful portraits into moving 3D Photos. After sharing, you can see the image as 3D by slightly tilting the phone in any direction.

Check out our complete guide to posting 3D Photos on Facebook.

Snapchat recently introduced a 3D Selfie option for all the iPhone users, which makes use of the TrueDepth camera and Dot Projector along with the selfie snapper on iPhone X and later models. If you are using the latest version of Snapchat, it is possible to create moving 3D Photos and 3D Selfies and post as your stories. Apart from posting it on your Snapchat account, you can also take 3D Photo with iPhone and save to your Camera Roll as a Live Photo or video.

Here is how to take a 3D Photo using Snapchat on iPhone. 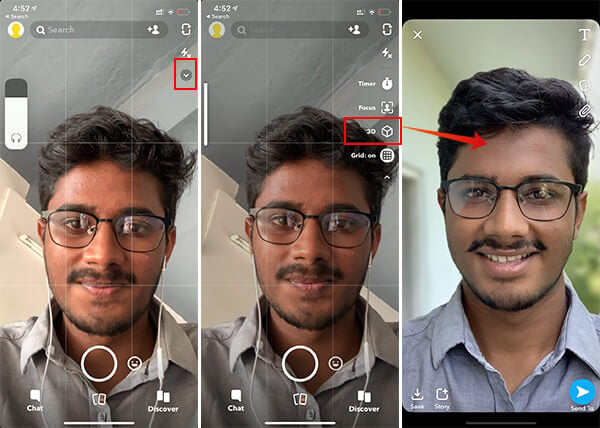 If you saved the Snapchat 3D Photo as a video on your iPhone, you can simply put it as your Instagram Story, Facebook post, or whatever you want.

Use Fyuse App to Take 3D Photos with iPhone

Fyuse app is a 3D Photo maker app you can download and use for free from Apple’s App Store. Fyuse is more of a social media for the 3D Pictures taken using the app, rather than a simple 3D Photo capturing tool for iPhone. You can take 3D Photos with iPhone using the Fyuse app without much hassle and share over any other social media.

Here is how we do it. 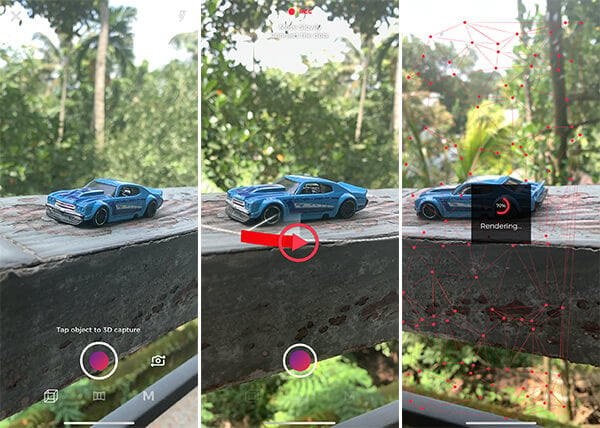 You can then reuse the saved 3D Photos as Videos or live photos and share it over various social platforms.

Take 3D Photos and Save as GIF Using Slide

Even though Fyuse provides you various options to take 3D photos and use it over multiple platforms, it acts more like a social platform. Therefore, Slide is a better option for you if you are looking for a standalone app to take 3D Photos with iPhone and share it over platforms.

As the name suggests, the Slide app can capture 3D photos with a tap and slide, and no many complex steps. The app is available at $1.99 from the App Store. Here is how to capture 3D Photos using the Slide app on your iPhone. 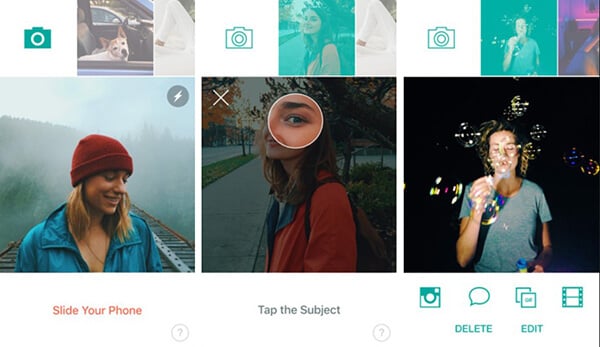 As all of the apps allow you to use the 3D Photo format within the corresponding apps only, there is no way you can set up and view 3D Photo with the device motion right from the Camera Roll. Share your thoughts on 3D Photos on iPhone, and comment down your favorite app to take 3D photos with iPhone.

How to Report Fake Groups or Channels in Telegram

How to Get and Create Memoji Stickers on Mac