It is challenging to manage the schedules when you are living in one timezone and working based on another. In such cases, you might need two clocks at a time. The iOS Clock app on the iPhone provided the option to add the world clock. However, you always need to open the app and check the world clock every single time. But, it is not the case anymore with iOS 14. You can now get the world clock on the iPhone home screen,  and get time from different time zones without even opening any app.

In this article, we will show you how to get the world clock on iPhone home screen.

Whether you are traveling or working from home for a different time zone, having multiple time zone clock widget is always helpful. Previously, you needed to install third-party apps to add a world clock widget on the iPhone. That, too, was available only on the widget screen of the iPhone. 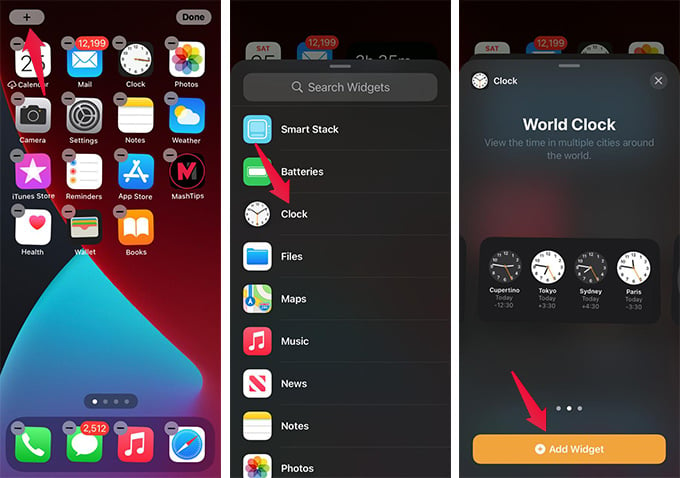 Note: Make sure you have the iOS 14 or newer versions of iOS on your iPhone before doing this.

Now, you have the multiple time zome clock widget on iPhone home screen, without even using any other apps.

Also Read: How to Add Widgets to iPhone Home Screen on iOS 14?

The default clock widget with the world clock on iPhone shows times from four major time zones, which you might not have chosen. To make it the real multiple time zone clock widgets on the iPhone home screen, you have to select time zones of your wish manually.

You can select up to four different time zones across the globe. Thus, you can quickly know the time your friends on the other corners of the world are on at present. If you already added the world clock widget on iPhone home screen, here is how to add or remove time zones of your wish on the multiple time zone clock widget. 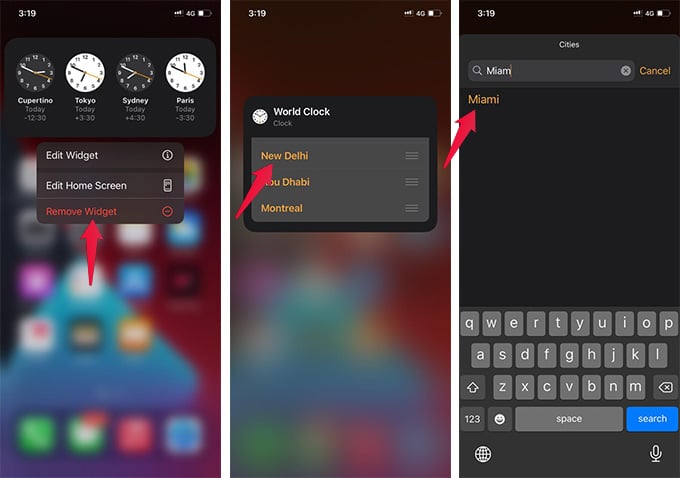 Best Roku 4K Video Channels to Get a Better Experience

How to Hide a File in Google Drive?