Want to run Android apps on Linux? Linux Android Emulators are your best bet. It’s widely known that Android is based on the Linux Kernel. People would think there should be some sort of connection between a Linux based desktop OS and Android. Having the same or similar kernel does not guarantee that your Linux based desktop OS can run the same apps as Android or vice-versa. However, there are many ways to run Android apps on Linux.

Here is the list of most popular Android Emulators. These Emulators can run on Linux to run the Android apps and Games on Linux platform.

An emulator provides the necessary environment for Android apps to run, right on your Linux machine. This means you’ll be running Android, a different OS, on top of your current OS. Most emulators use virtualization, so it isn’t like running Windows on Linux using Virtual Box. The performance isn’t quite as fluid and fast as it could have been on desktop grade hardware. It’s still usable though in most cases. Here are some of the best Linux Android Emulators that you an try to run Android apps on the Linux platform.

Bluestacks is an emulator that’s pretty popular on Windows. Personally, I’ve never been a fan of it because of the lag. Genymotion was the first Android emulator that provided acceptable performance. In my experience. the performance was even better Linux,x , but that’s an old tale. Today, Genymotion is still one of the best Android Emulators around and not just for Linux. 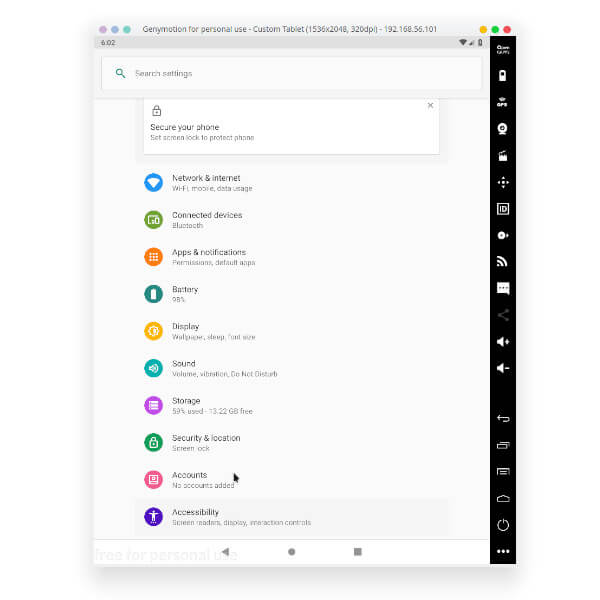 It boasts 5.5 Million registered users and more than 10,000 enterprise customers across multiple platforms. The emulator was mainly targeted at developers. Genymotion emulator can run more than 40 Android devices. This Linux emulator offers access to all android versions and unlimited application installation. Despite all of that, it’s fast, reliable, and memory efficient. If you don’t have a capable desktop, you can even opt for a cloud-based installation. The only con is that Genymotion isn’t completely free, but you can get a free limited version for personal use.

Installation on Linux isn’t usual since Genymotion doesn’t offer a Debian or Snap package. Instructions are easy to follow, however, and you can find them here.

Andy creates a virtual environment within Linux to run Android apps like any other emulator. If you’re looking for an Android Emulator to run Android games on Linux PC, you should start your emulator adventure with Andy. Andy game emulator for Android supports OpenGL hardware acceleration and multi-touch too. 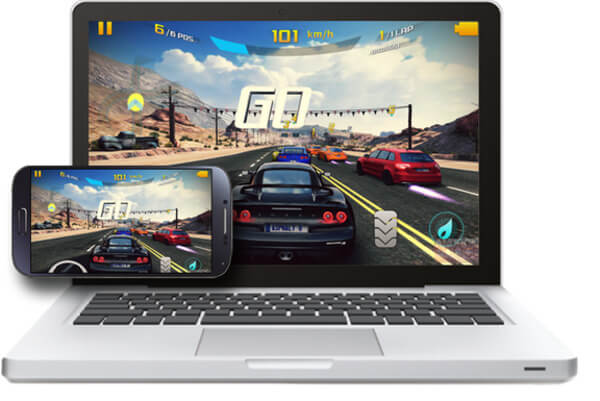 With enough resources allocated to the virtual environment, you can even run some heavyweight games on Andy, and it supports many of them. With that said, you’ve got to be careful with Andy since we wouldn’t count it on a list of quality software. Recently, the emulator has been using some shady tactics like bitcoin mining without permission.

Android Studio is not necessarily an emulator but an IDE provided by Google. Actually, Google offered this to make Android app development more accessible. Android Studio does include a built-in emulator. You can use to run a virtual Android phone on your Linux desktop. 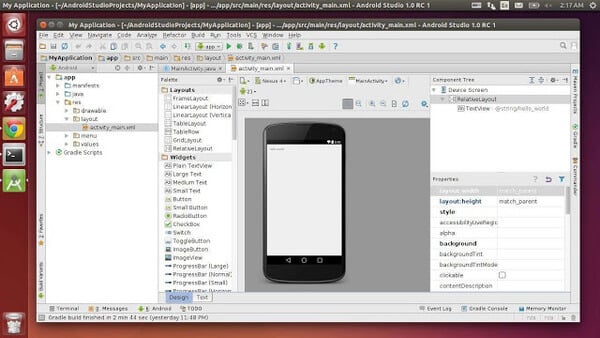 You can run any apps and games. In addition to this, if you’re looking for an Android emulator for developing something for Android, Android Studio is the way to go. Android Studio is huge in size though so it may not be practical to install the entire Android SDK just to run Android apps on your Linux machine.

Android x86 is what made Genymotion and many other emulators possible. It’s a project dedicated to making Android run on PC hardware. Android x86 can be deployed entirely offline unlike Genymotion, and that’s the one major difference. Another is that you’d have to do pretty much everything manually. 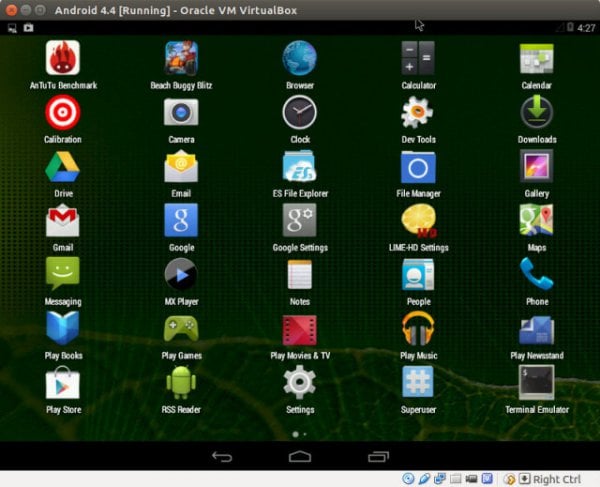 As with Genymotion, you need to install Virtual Box separately to run Andro VM. It supports OpenGL hardware rendering which means you can easily play graphics intensive games. With Android x86, you can even choose whether you want to run it using Virtual Box or VMWare. Therefore, Virtual Box is not a necessity.

Since you have to do everything manually, you also need to know what to do and how to do it. Fortunately, you can find easy to follow instructions of the official website itself.

If you can get past that, Jar of Beans has all the basic functions you’d expect with support for easily installing APK files and SD cards. You can also install apps from the Play Store. This emulator has been discontinued a long time though so you can’t get any newer versions of Android running on it nor can you get a lot of support online.

Emulators are the most popular way to run apps from an operating system on another operating system, but they aren’t always the best choice. They suffer performance issues and can’t be recommended if you’re looking for some serious use cases. They’re fine for testing since you only need to use it occasionally. For more practical use cases, something different might be better.

Anbox, as in, Android in a box, is an open-sourced project. It is a very different piece of software compared to everything above. It lets you run Android apps on Linux, but it isn’t precisely an Android emulator. Instead of emulating Android, Anbox puts the Android operating system into a container, abstracts hardware access and integrates core system services into the GNU/Linux system.

Therefore, you’re not “virtually” running another OS on top of your current OS. This is very much how Google has provided support for Android apps on Chromebooks. This project pre-dates Google’s efforts though. All of that also means you can run Android apps as if they were native apps. Apps open up in their own window instead of an entire emulator window. Consequently, you shouldn’t have to bear with any lag in performance at all.

You have to use a different terminal command to install apps, however, because the traditional ways to install or uninstall Linux apps don’t obviously work in this case.

As a result of the complicated process, the list of supported apps is very limited. You may even have to download an additional tool to convert APK files into apps that can run on the ARChon runtime. If you’re interested, you can find all the required files and instructions on the official GitHub page.

Whether you are trying to run Android Games or Android Apps on the Linux platform, these emulators are there to save you. We have listed the best emulators in a random order. The features, footprint, and stability are varying and you can choose one based on your need.

How to Record iPhone Screen on Mac with Voice