how to Block a Number on Android

Are you getting frustrated with unwanted calls? Tired of literally answering telemarketing calls often? There are a lot of options to block phone numbers on Android phones. Most of us may be unaware of the many built-in features that help us to block caller IDs and text messages. There is no need to depend on any third-party call blocking apps to block a phone number or block text messages on Android phones.

Here we are going to give explore a couple of options to Block Text Messages and Phone Number on Android phones.

Editors Note: The features may change according to the specific android skin. Hence, some processes and steps would be slightly different from certain User Interfaces. For better reference, we are providing the steps for the two most widely used android UI skins worldwide.

The Samsung TouchWiz has come a long way in developing features to be accessed with minimal effort. Opening the phone app will bring you to the recent list and contacts list. We can select a contact from the already available contact lists or some random number that we have received a text or call from the recent listings. Furthermore, we can view the currently blocked numbers from the call settings. 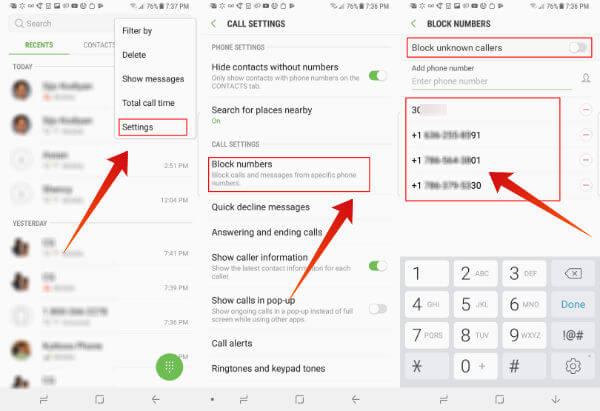 Let us see how to block numbers on Samsung Phone in detail. To proceed:

This will launch you into the blocked numbers screen. The first menu option lets you block phone numbers on Android. Please turn on “Block unknown numbers” if you don’t want to answer any unknown or hidden numbers. The second choice is to add any numbers to the block list. Here, you can add any contact list or new number to the block list.

In the future, you may forget which number you have on the blocked list and may lose important calls. Periodically, you can come back to the same Block Numbers settings screen on Samsung to unblock any number. As we mentioned above, open Phone App > Homburger Menu (right-top) > Settings > Blocked Numbers. Tap on the “-” button next to any number to remove that number from the blocked list.

Most new gen phone like Xiaomi comes packed with the inbuilt call blocker. This call blocking feature is available right from the phone app itself.  This block a number feature enables you to block both messages and calls just by blocking the contact or unknown number. To start:

Depends on the OS and phone UI, you can select the number with long press or just simple tap. The third screen will bring you more contact related options including the option to bock number. For unknown numbers, i.e., those which aren’t saved could be easily blocked by tapping the “block“ option which pops up from the options screen. 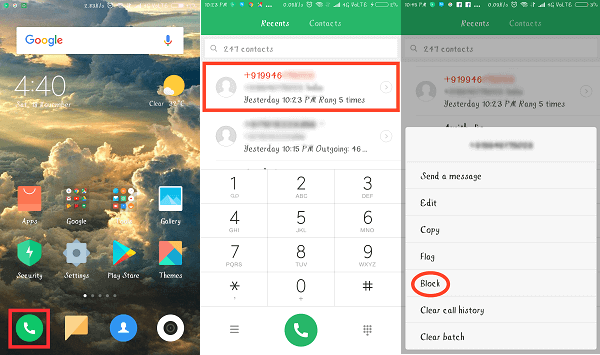 Note: Saved contact can be blocked by simply opening the contact and tapping the options icon on the screen. The options screen displays all contact related features including “blocking option”. 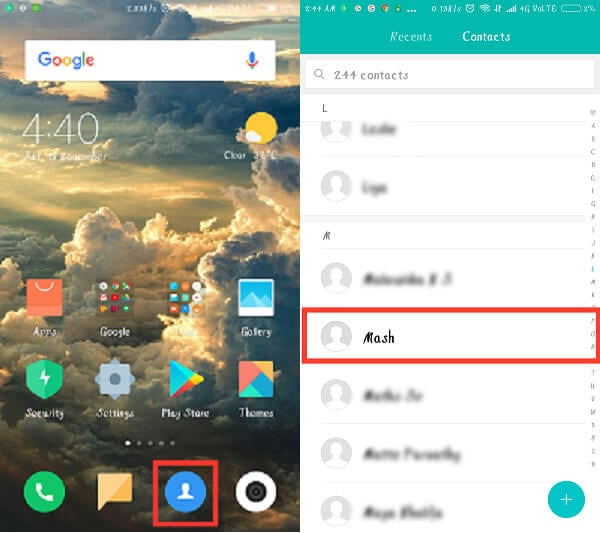 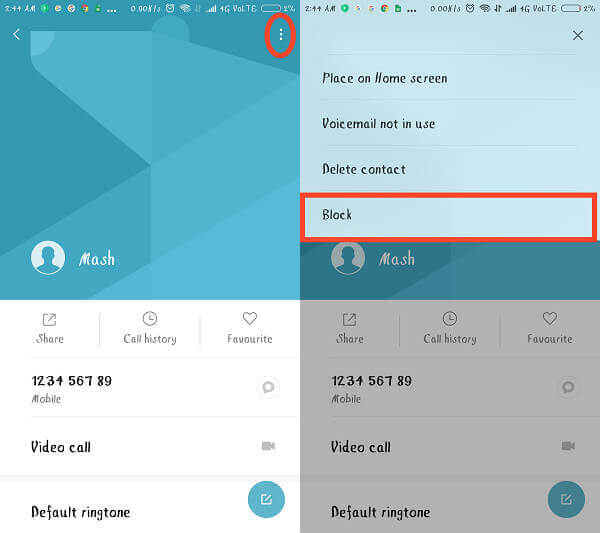 Now you are on the contact page of the p[artciular number that you saved before. Now tap on the Hamburger Menu > Tap on Block.  There are additional contact list options on this page including delete contact from your phone.

Certain Android devices have an additional inbuilt security app which supports the features such as the RAM Cleaner, Data Saver, and the Blocklist. The Redmi Note 3 has this inbuilt app giving all these features on a unified platform. I guess this section would be a bit useful to similar Android UI users. 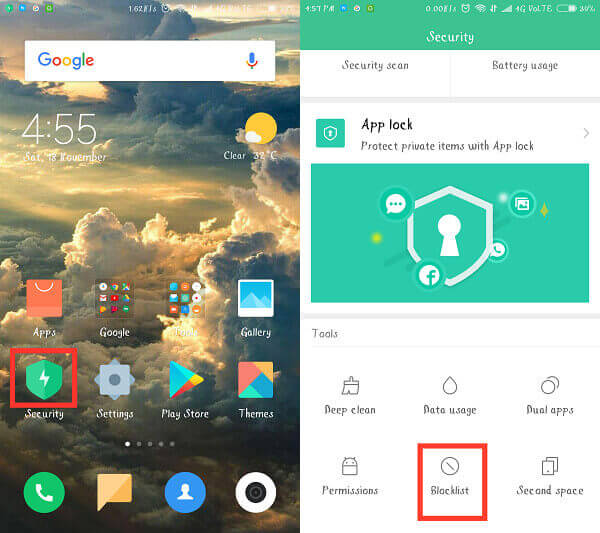 To proceed with this option to block number, open Security App > Tap on the Blocklist icon > Blocked Settings. 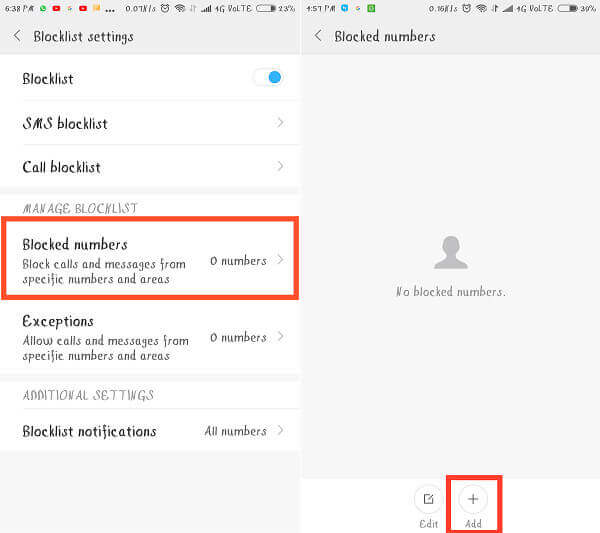 This Blocked settings screen brings you lot of options including SMS Blocklist, Call block list, Call Exceptions, etc. Please select Blocked numbers under MANAGE BLOCKLIST. You can tap on the “Add” icon to add a new number to the list that you want to block.

Well, you can’t identify all incoming calls by judging the numbers. There are a bunch of dedicated call blocking apps to do this job for you., These professional call blocking apps are instantly identifying the incoming number and check their spam or market calling number database and alert you.

All these processes will complete in a fraction of seconds and inform you about the incoming call. You can set these apps to block all spam and marketing calls if you want. True caller and Call Block list are the numbers on in this category on play store. You can see the best list of Android Apps to Block Unwanted Calls and SMS in our previous article.

These apps can do all call blocking and message blocking automatically for you by detecting the number. However, if you want to block a number from our contact list or unknown number, better to follow the procedure we mentioned above.

Depends on your requirements there are a variety of options to block numbers on Android. You can block incoming calls on Android manually if you want to block certain numbers. However, if you are receiving a lot of marketing and spam calls, it is not feasible to block all phone numbers manually. In that case, better to depend on these call blocker apps for Android. These apps have a database of these numbers and you can use them to instantly block all unwanted numbers.

How to Create File Shortcuts on Android Devices?

How to Make Smart Phone Unreachable While Using.