How to Type Different Languages on Android Easily?

Android phones are now so popular and widely used by many people across the globe. With the adoption of Unicode in the representation of characters, the local languages have got that much popular which necessitates the need to the input different languages for the users. Android phones are having much better language handling ability so that it supports most of the written languages in the world. Android has incorporated many language input keyboards in their OS itself hence does not require any special apps for this.

Open “Settings” in the Android device to start with. There you can find out the settings option for “Language and Input” which is to be opened to add the languages we are going to use with the device. Open the “Language and Input” option which will show your selected keyboards, Language, Speech options, etc. Here we need to go to the selected Keyboard settings. 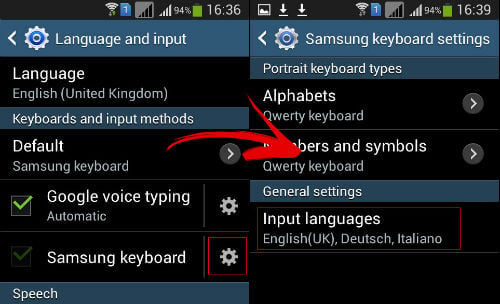 Under the Keyboard settings, we can find different settings for the keyboard like input languages, predictive text, key tap sound, etc. We need to find out the “Input Languages” option to proceed further.

Related: How to Change Language on iPhone Keyboard

It will already display the selected input languages for your Android device selected keyboard. We can tap on that option to go inside and check whether all languages are available or need to download.

Inside the “Input Languages” option, we can verify all our required languages are selected or not. If the language is not downloaded yet, then we can download that by tapping on it under the “Available language” list.

After downloading the required language, then we need to select the language from the list of downloaded languages. You can add and enable any number of languages into the keyboard but for the faster access, enable the main languages only that you will be going to use more often.

Just tap on the button against that option and all other language options will be enabled for selection. This completes the simple procedure to enable the language for inputting multiple languages in your Android device.

Now we can go back to the home screen and start typing using these enabled languages easily. Whenever you are opening the keyboard by tapping on any input field, the last selected language keyboard will be displayed.

You can easily change the language by swiping on the “Space” key for the Samsung keyboard and can continue typing in the newly selected language. Likewise, you can type different language words in a single sentence using these different keyboards.

In Google keyboard, toggle between the selected languages is easier. We need to tap once on the language icon “Globe” to change the language here. 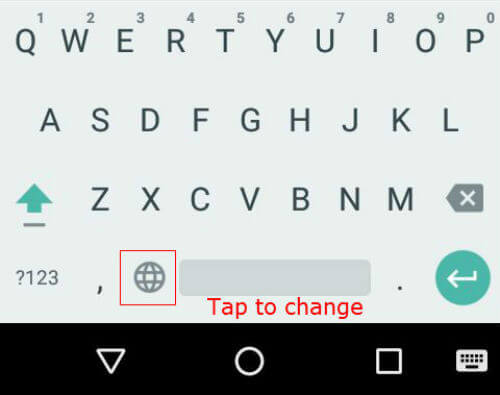 With these multiple language input options, users can easily type their own selected languages in their Android devices which will be a useful feature to them.

CallApp: The Future Of Communication Is Here

How to Get BSNL Usage Summary Quickly in BSNL App

How To Add Country Holiday Calendar on Android Phone