How to Measure Distance and Area with Google Map/Google Earth?

The same feature will also work with the Google Earth app, and you can measure the distance between continents, countries, or the length of your local street, pretty amazing!.

Measure the Distance with Google Map on Desktop

Google map will work pretty well with the Chrome browser on the desktop. To measure the distance, you have to open the Google Map on the browser and type the address or location where you want to measure. 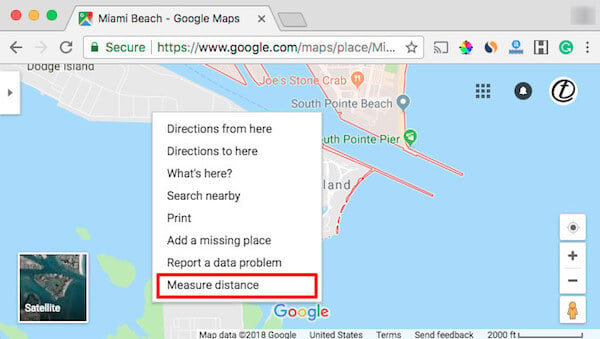 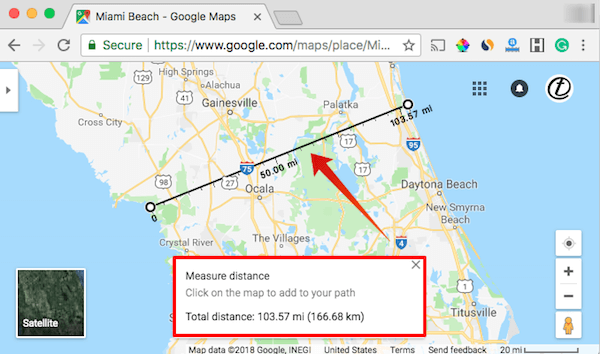 The line will follow until you click on the second spot and that will consider as the distance you want to measure. Google Map will display the distance between the two points that clicked on the Map. In the above sample screenshot, we measured the width of Florida, which came as 103 miles approximately.

How to Replace Measuring Tape with Google Measure App?

Measure the Area with Google Map on Desktop

When you want to treat your yard or get a quote from yard maintenance guys, you need an approximate idea of your yard area. You can do a quick calculation of the yard area with Google Map. 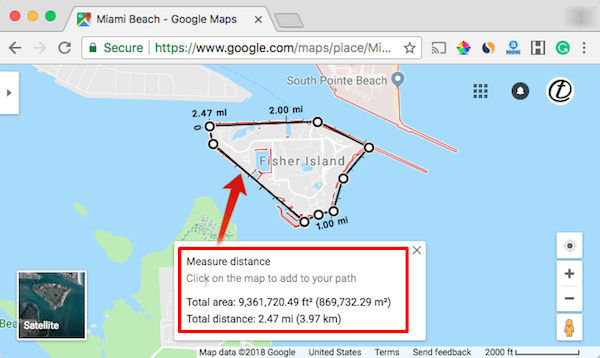 We have used a sample to measure the Fisher Island area with Google Map, and we got an approximate area of nine million square feet. Please be aware that this is an approximate calculation. The accuracy can be improved by zooming the map and selecting the points to surround by the property.

Measure the Area/Distance with Google Map on Android/iPhone

You can measure the area or the distance of the land by using your Google Map on Android or iPhone. The same procedure that we mentioned on top is applicable to the Google Map App. However, since this is a dedicated app, there are slight changes in the menu. 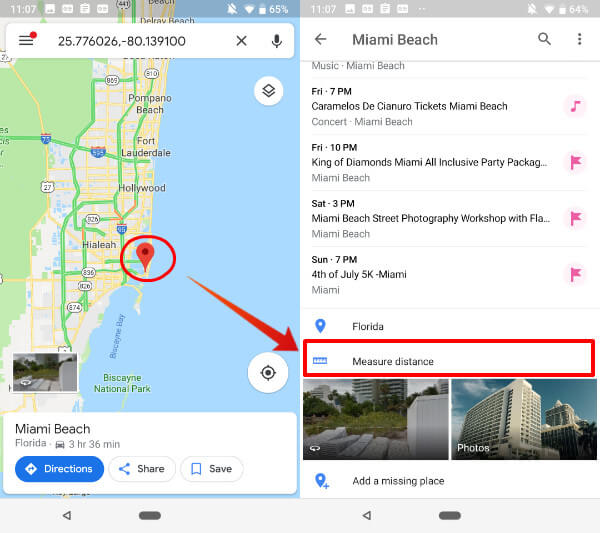 To go ahead, you have to open the Google Map app on the Mobile phone and long tap on the location you want to set as the starting point. Now you can drag the map and tap on the second point where you want to measure. 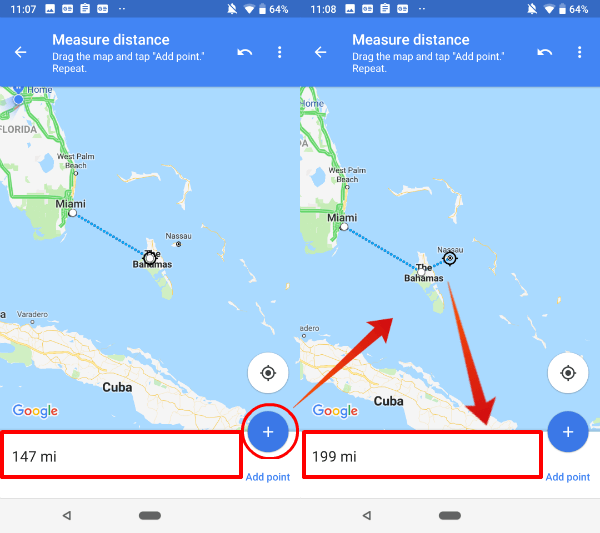 How to Share your Location without a Street Address or City?

Measure the Distance/Area with Google Earth 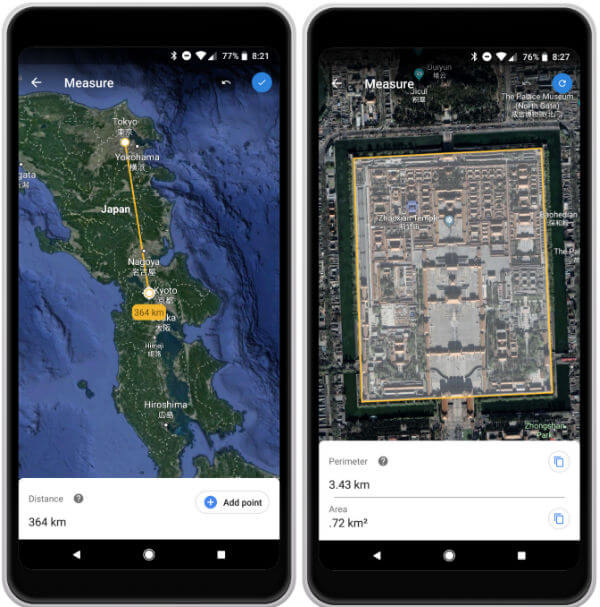 You can measure the area and perimeter or a region or property with Google Earth. As you see the second screen, with few taps, you can mark a rectangle and Google Earth will display the marked area perimeter and Area instantly. Pretty neat and quick solution to measure the distance.

Google rolled out the virtual tape on Google Map and Google Earth that can be used to measure the distance perimeter or the area of land with few taps right from your Mobile phone or desktop. Even though this measurement is not highly accurate, still a good measure for those who want to get an approximate measurement of a property area or the distance between two spots on a region.

How To Get Missed Call Notification On Windows 10 From Android

Windows 8 Inbuilt Start Menu That You Can Customize

Most Useful Google Apps You Probably Didn’t Know About