Google introduced Android Wear, new OS platform for smart watches and wearables ahead of Apple watches. There are lots of smart watches currently in the market based on Android Wear and other Wearable platforms.

Unfortunately none of them are fully qualified in terms of technology features, hardware sensors or smart phone integration.

Still the wearable technology in its infancy and incomplete in hardware design, technology and operating system. All these smart watches are developed to sync with smart phones and carries unique apps and features.

At this time, the smart watch race is still continuing and more devices are in the future list including from Apple. Most of the features includes hear rate monitoring, app notification from your smartphone and limited inbuilt apps in the smart watch. 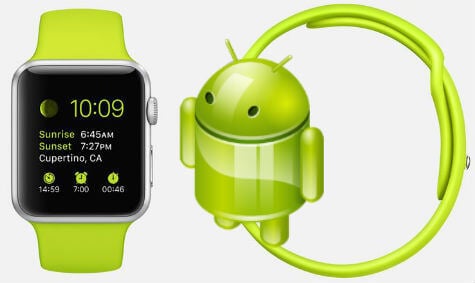 These lists of smart watches are the best from the available smart watches in the current market. If you are an early adapter, this list is for you to find the one fits your needs.

Moto 360 is a beautiful smart watch coming in distinctive round shape with Android Wear platform. The device can pair with any smart phone that has Android 4.3 or better. The watch is compatible for Google Now and bringing up Google Hangout notifications, weather forecasts, driving directions and heart rate monitor. The inbuilt pedometer can track your activity throughout the day. 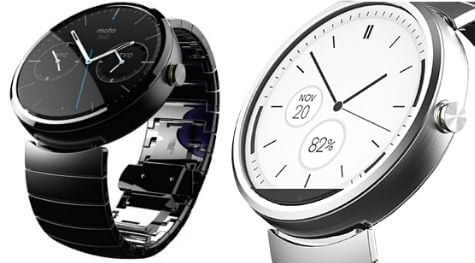 G Watch powered with Android Wear, with IP67 certification (water and dust-resistant). The G Watch shows the display always and allows you to check the time and see new information at a glance without touching it. LG G Watch can be paired with any Android smartphone running Android 4.3 and above. The device is compatible with Google Now, able to give you the app notifications, weather notifications etc. 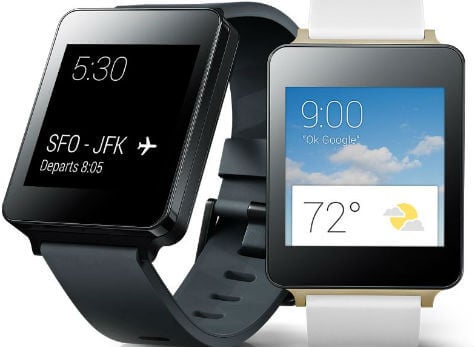 Gear Live is from Samsung with Google Android Wear platform and IP67 certification (water and dust resistant). This device is compatible with any Smartphone with Android 4.3 or higher. This device can find your heart rate and sync with your Smart phone app notifications like email, text. Samsung Gear can provide turn-by-turn navigation steps and it is coming as Google now compatible that means you can say “OK Google,” to ask any question.

SmartWatch 2 is launched with IP57 certification (waterproof and dust resistant). This device is capable to communicate any smartphone or tablet running Android 4.0 or above. The watch coming with inbuilt app like compass, timer, stopwatch and calculator. SmartWatch 2 can be used as remote to make or receive call, check call history and pop up with app notifications like text messages, emails, calendar, Facebook and Twitter. 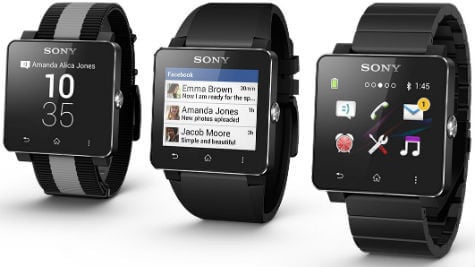 Smartwatch 2 is coming with 1.6” Transflective LCD screen powered with Single- Core ARM Cortex-M4 weighing around122.5 grams. No other information regarding the storage and memory is not available at this point. 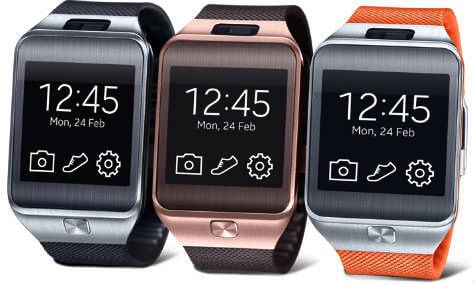 Gear 2 has a 1.63-inch Super AMOLED screen and is powered by a dual-core 1GHz Exynos processor, 4GB of storage with 512 MB of RAM. The watch weighing 68 gm with 300 mAh battery.

Pebble Steel is built on Pebble OS, 5ATM  standard for water resistance and can sync up with both iPhone and Android phones with always on display. The watch doesn’t have microphone, speaker, touch screen, voice control or color display. Pebble gives your app notifications from your smart phone both Android and iPhone with built in pedometer.

How to Remove the Taskbar Clock?