Why and How to Switch Display Manager on Ubuntu?

Ask a Linux user what’s the best thing about it and they’ll probably say that it’s the open source nature of the platform. One of the best consequences of that open source nature is that you can change almost anything about your Linux-based operating system, like Ubuntu, Arch, Fedora, etc. And with so many choices such as the Linux distribution you want to use, the desktop environment, the kernel, and even the display manager, it’s pretty hard to not try a couple of things and see what suits you best. Curiosity is one of the main reasons why one would want to switch the display manager on their Linux system. But what is a display manager anyway?

What is a Display Manager?

If you’re relatively new to the world of Linux, you’ve probably never heard about a display manager. The name actually makes it sound slightly more important than it is but it is quite important nevertheless. A display manager is sometimes referred to as a “login manager” which is a more accurate name. It is responsible for starting the display server and loading the Linux desktop once you’ve entered the correct username and password on the login screen. Most of the work of a display manager happens behind the scenes. Generally, the only component that you can visually see is the login window, also known as the “greeter”.

Why Switch to a Different Display Manager?

As we’ve mentioned before, curiosity is one reason but not everyone is equally curious. Sometimes you may be forced to change your display manager. It’s difficult to predict all the possible scenarios when you may have to do something like this but here are few.

Which Display Manager Should you Choose?

Since we just mentioned LXDM, let’s start off with that. You already know it’s a part of LXDE and is quite lightweight. You can still install it even if you don’t use the LXDE desktop since it doesn’t have many dependencies. 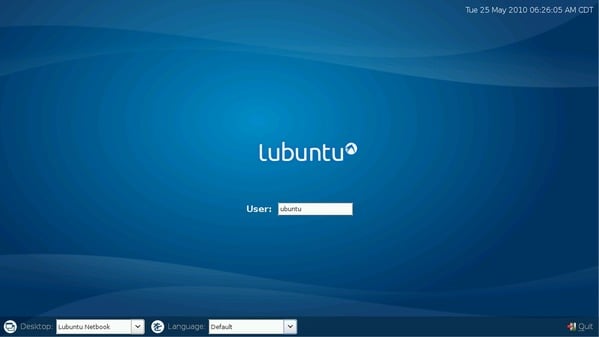 While we’re speaking of lightweight display managers, let’s also discuss SLiM or Simple Login Manager. The name already tells a lot about the story here. It’s lightweight and simple without the bells and whistles of some of the other feature-packed display managers. 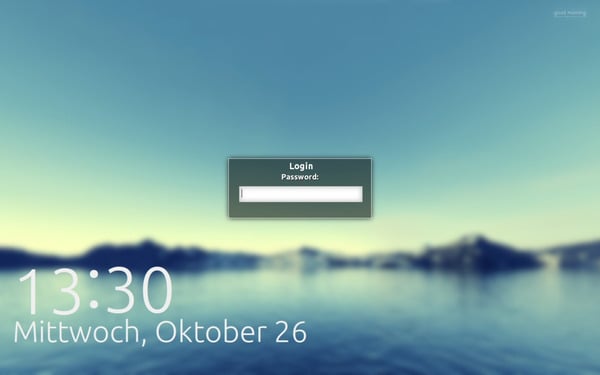 An example would be remote desktop login which is absent here as well. Most users never really use those features anyway since mostly you’ll just be entering your password to get to the desktop. It does have the essentials like autologin, Num Lock toggle, custom welcome message, etc. If you fancy customization, it also supports themes.

The one downside to SLiM is that does not get updates anymore. So if you run into bugs or errors, you’re on your own. The file is named slim.conf and is located in the etc folder inside the root directory. 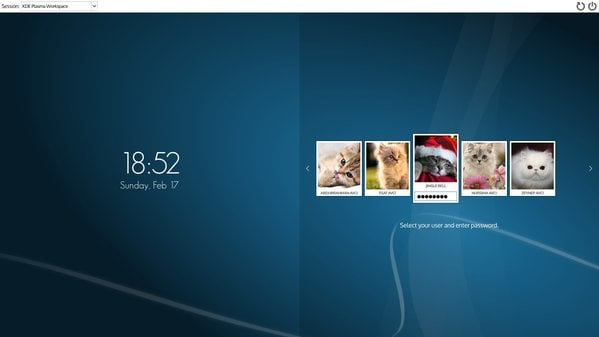 Simple Desktop Display Manager, or SDDM, supports QML themes and if you use the Plasma desktop, you can easily install and apply themes as well from the built-in Settings app. 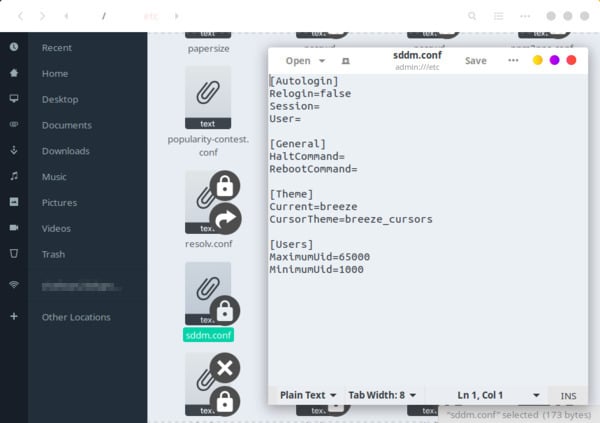 If you don’t use the Plasma desktop, you can still configure SDDM’s configuration file manually. The configuration file is located in the etc folder inside the root directory just like the SLiM config file, but this one is named sddm.conf. 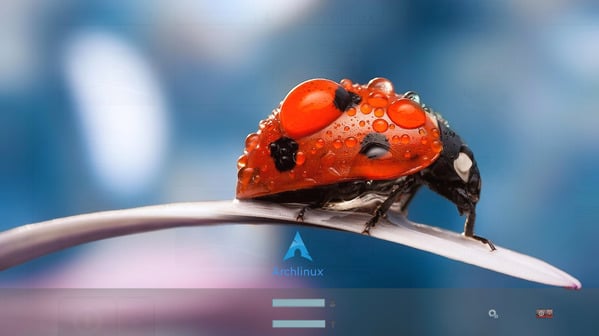 Users can easily change the background wallpaper, welcome message or font and even apply themes. Features that enhance functionality include the ability to show or hide user list, enable fast user switching, root shutdown, auto login, password-less login such as fingerprint scanning, etc. It can also prevent shutdown from the login screen so that only users that are logged in will be able to shut down the PC.

While KDM can be installed on top of any desktop environment it is best to install it if you use KDE Plasma. First, it’s easier to manage that way and second, it has a lot of KDE related dependencies that will be installed along with it.

GNOME is perhaps the most popular desktop on Linux now that Ubuntu has adopted it, leaving Unity behind. Thus, it is safe to assume many of you are already using GDM which is the GNOME Display Manager and obviously ships with the GNOME desktop. 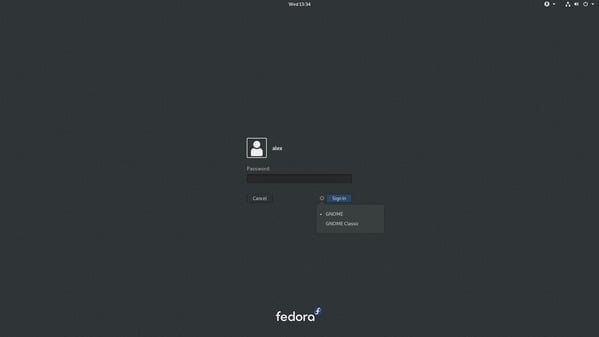 Ubuntu modifies GDM’s colors a little so as to match the modified GNOME desktop it ships with. Like KDM and SDDM, it supports automatic login, hiding the user list, passwordless login, custom sessions, and themes as well as fast user switching when multiple users are logged in at once. 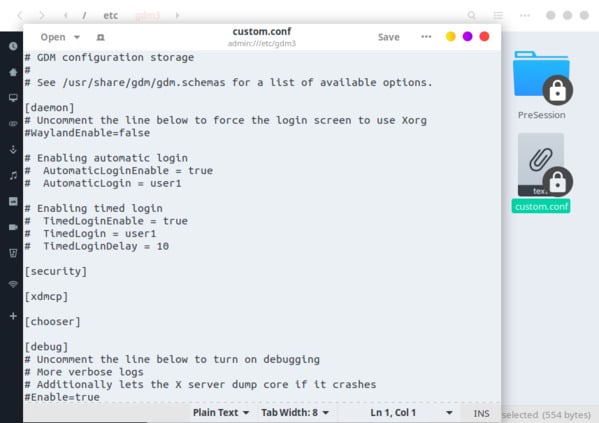 It can be configured using the System settings. The custom.conf file can also be used to do the same. It is usually found in the /etc/gdm3/folder on Ubuntu. 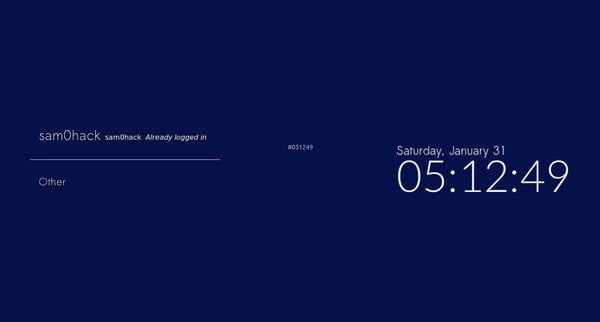 MDM used to be one of the heavyweights but past 2013, MDM was slimmed down and stripped of a few features to make it resource-friendly. You can’t make a remote login or execute custom commands anymore. The configuration utility was also stripped of some configuration features but you can still find and configure them in the /etc/mdm/mdm.conf file.

Before Ubuntu switched back to GNOME and GDM, LightDM was the display manager of choice for Ubuntu. One of the things Ubuntu 11.10 was praised for all those years ago was LightDM. 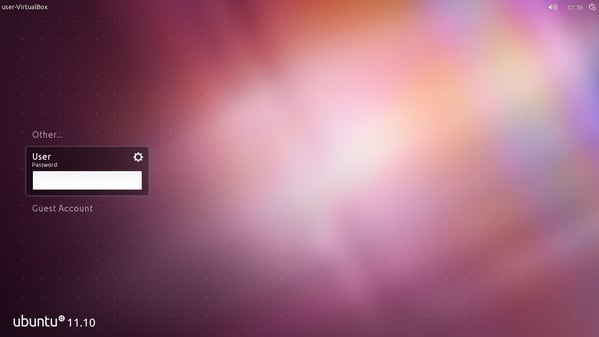 As the name implies, it’s a lightweight alternative to GDM and it was developed as such. It is still pretty customizable and feature-rich and is light on dependencies too. To stand out, LightDM also offers separate greeter packages for GTK, Qt/KDE, a special greeter for Unity and more. Depending on the greeter you use, LightDM can be customized with different themes even those with a live wallpaper of sorts. One of the most popular themes for LightDM is the material theme.

How to Switch the Display Manager on Ubuntu Linux?

When you’ve changed the default display manager, you can check your new display manager by simply logging out. In some cases, you may need to reboot the system for the changes to take effect.

How to Bring Back Missing Finder Sidebar Menu on Mac

7 Most Common Issues with OnePlus 6 & Fixes