Android operating system is the number one in Smartphone industry. The OS is tweaked for best performance, but sometimes the poor Android memory management interrupt the smooth device functioning.

A normal Android user takes photos and videos daily and cary more than a dozen of applications. Eventually, when your Android memory start to clutter with these apps and  that slows the performance of the device.

You can manage Android memory well and efficiently with the help of best Android memory management appliactions. Android devices are intellectual enough in maintaining performance and garbage collection themselves on regular basis. Nevertheless, the cleanup done once in a month is good for the phone.

There are several Android memory cleaner apps are present in Android ecosystem. Not all of them live up to the expectations made and deliver great results. Here are some of the best Android memory management apps that are worth using on your device for best device performance.

Clean Master claims to boost to the speed of phone for about 80% and it has more than 660 million global downloads. The app shows the list of the running applications. With the app, you can know the apps that open on their own asking you to do something about it. 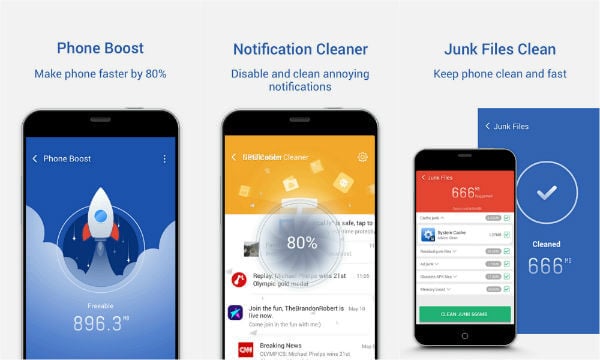 With major benefits, Clean Master manages the background process better to speed up the device to boost the performance. The app automatically alerts the users about growing space and RAM on the device asking you to clean it.

Developed by GO Dev Team+ popular for their GO Launcher, GO Speed is an app that allows you to make your high end and low end devices faster. The app claims to boost the performance of an Android phone by 60%. It shuts down the unwanted apps when not in use present in background. 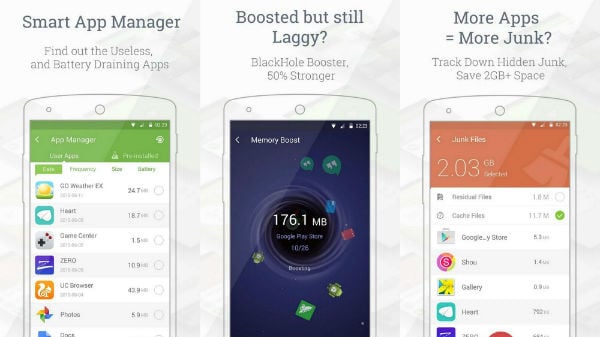 Along with cleaning memory, the tool also inherits Smart App Manager. It allows you to acknowledge the background apps as well as the system resources like the power consumed by processing on battery etc. It is a great app available for optimization and Android memory management.

The app is a one-stop solution to the Android users looking to optimize their phone’s memory and performance. With single-key optimization feature, the app allows the users to switch off all the unnecessary processes not in use easily. 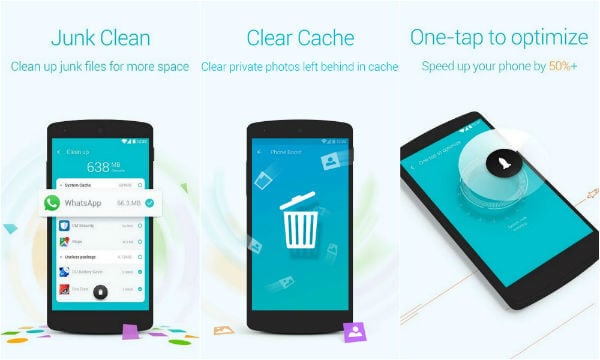 Full-scale scan helps the user to delete the obsolete files and the phone to work at full efficiency. Booster & Power Saver gives you a check-up report of the device to show the status of RAM and its usage. It monitors your device in real time and frees up memory to save a lot of space.

All-In-One Toolbox (Cleaner) offers you the chance to keep your Android smartphone giving you to manipulate apps and games. From the app, clean the no longer required cache files and control the boost process. It limits the apps that you do not want to be killed. 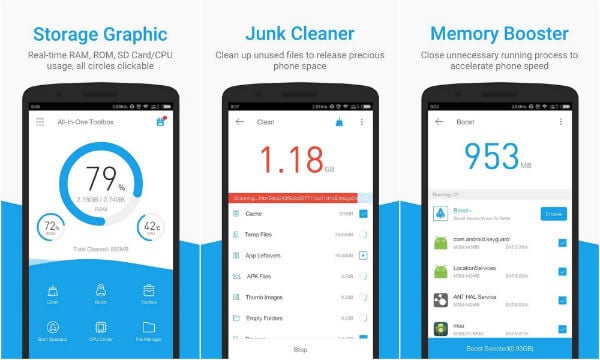 At the end of the cleaning process, a report is given on how much data has been cleaned. The tool takes not more than few seconds to speed up the device. You can clean the unwanted clogging apps with few taps and avoid the snail like performance.

Memory Booster – RAM Optimizer is aimed at enhancing the speed of the system. It works towards resolving the memory issues of the device. The developers of app know that the free memory level is the driving factor that affects the performance of the device.

With quick boost, the memory can be recovered easily by killing the running tasks. You can remove the unwanted data of the Android system to avoid the abnormal behavior of the device.. The boost can be set at more than one level to ensure proper efficiency on the device.

Memory Booster RAM Optimizer X is a free powerful RAM and memory-boosting app that is constructed for Android devices. The app utilizes a sophisticated technology to help the users in optimizing the performance of your device. With the quick boost of the app, you can recover memory by killing memory.

It also cleans the cache as well as the garbage of the system. Memory Booster RAM Optimizer X identifies the useless apps stopping them manually and automatically. The app also gives you a detailed information about the internal as well as external memory usage.

Memory Booster ♥ is just like any other memory boosting app. The tool inherits the feature of killing the running tasks after every two hours. You can stop any abnormal behavior in the device. The task killer of the app shows all the running apps despite the one that are on the white list.

Get a detailed memory and usage of CPU with Memory Booster ♥. The application is for cleaning the cache and apps not used to speed up the work with great efficiency.

Over time, Android phones get slow. This happens due to the presence of many folders, files and unnecessary applications. Not all of us pay attention for cleaning themselves. We listed several Android memory management apps from Google play store, use one of these applications to clean the RAM and unwanted space on your Android devices.

How to Auto-Delete Emails in Gmail and Reclaim Lost Space

How to Check How Much RAM You Have on Windows