The Windows 10 Start menu lets you pin apps to it, allowing your taskbar and your desktop to be free of clutter. But there are only so many tiles you can pin before it becomes the very mess you wanted to prevent. This is one of the cases where an app launcher can help. There are plenty of app launchers, spotlight, and dock alternatives for Windows 10. Listed below are some of the best app launchers for Windows 10. 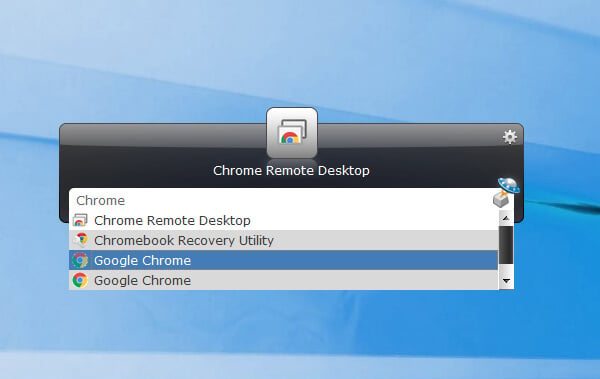 Launchy is an easy-to-use app launcher available for Windows 10 as well as macOS and Linux. This Windows App Launcher is more like the spotlight feature on macOS rather than the dock or the start menu where you can pin apps. It is also similar to the spotlight in functionality. Using Launchy, you can not only quickly launch apps but also search and open files, folders, and even websites. The program is available for free in both installable and portable versions. If you like it and want to support development, you can also pay what you like.

To bring up Launchy, you just have to press Alt+Space. 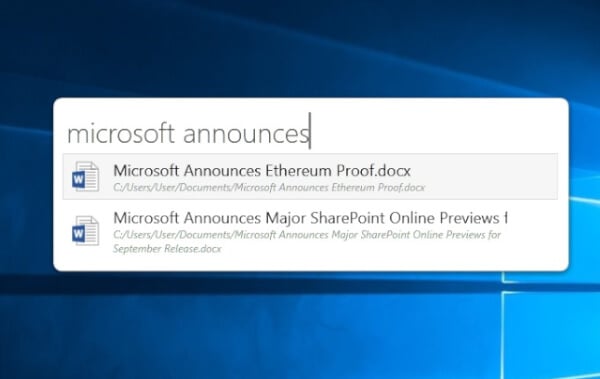 Jarvis, named after Iron Man’s popular AI butler is another Spotlight alternative for Windows 10. In terms of design, Jarvis is a lot closer to the minimal, sleek design of the macOS spotlight. It’s simply a search bar in the middle of your desktop. The Jarvis Spotlight Aletrnative can do everything Launchy can do, such as launch apps, open files, and folders, etc. Jarvis can also help you make a quick Google search or search Wikipedia. To Google, you have to type g then give space before typing your query. Similarly, for Wikipedia, you have to type wiki given space and then type your query.

To bring up Jarvis, you just have to press Alt+Space.

Related: A Complete Guide to Using Microsoft Launcher on Android 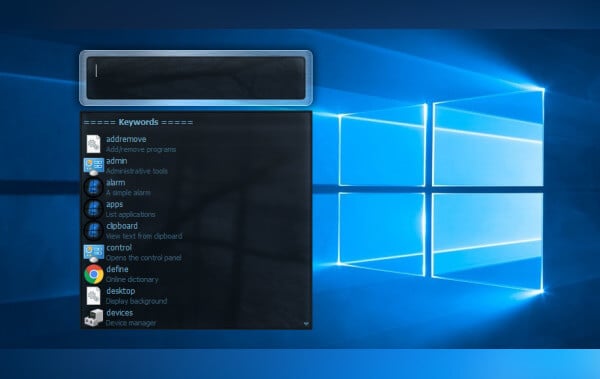 Executor works a bit differently than Launchy or Jarvis, but essentially, it is also an app launcher with spotlight alternative for Windows 10. Upon installation, the app will start to index the apps and programs on your system, including recently used apps and files. Like the app launchers/spotlight alternatives for Windows 10 above, Executor lets you launch apps, search and open files, folders, etc. It also lets you access critical system functions like shut down, log off, etc. The key combination to bring up Executor is different and a bit inconvenient in comparison. This can be changed in the Settings.

To bring up Jarvis, you just have to press Shift+Win+Z. 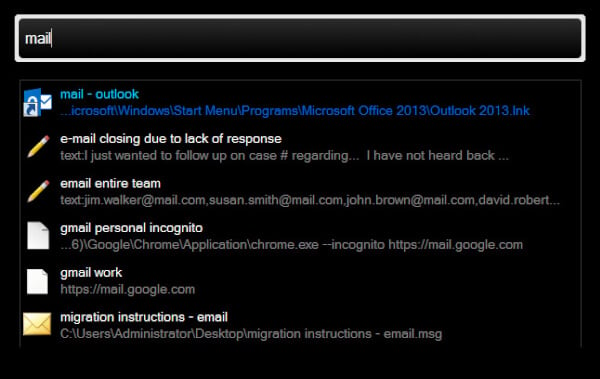 Keybreeze is probably one of the more functional Windows 10 app launchers and the best Spotlight alternative for Windows. It’s a very versatile app and using it to launch apps will be merely brushing the surface of it. Keybreeze has some pretty unique features like letting users create sticky notes and carrying out extremely basic text expansion. Granted, these aren’t exactly the most useful features but they can come in handy sometimes. Apart from that, it has advanced features such as the ability to automate keystrokes and clicks, perform multiline calculations, control on-screen windows, and more.

Keybreeze can be brought up by pressing Shift + Space but this combination can be later changed. 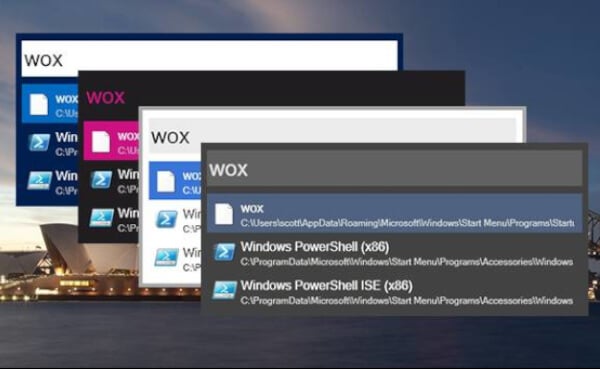 WoX, like the Windows 10 app launchers above, quickly finds apps and files as you type, allowing you to launch them easily. Not only can it let you quick-launch apps, open files, folders, etc. it also sorts the results based on usage. Thus, a bit like Google, the app makes finding things much easier.

WoX windows app launcher also lets you search the web using prefixes like g or wiki. It even lets you set up your own prefixes and web searches in the settings. The functionality can also be extended via plugins written in CSharp and Golang. The app also supports themes and even lets you create your own by choosing fonts, colors, etc. You can learn more about it here.

WoX can be triggered by pressing Alt + Space. 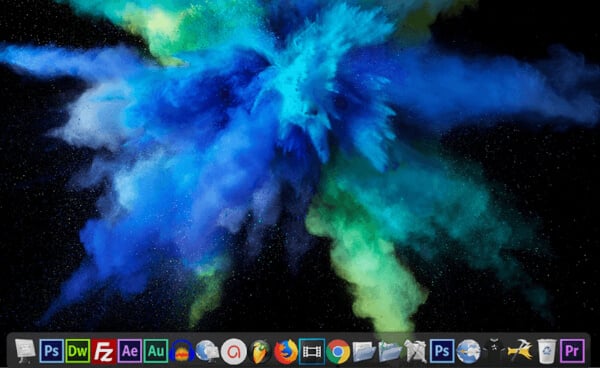 There is no lack of macOS like docks on Windows 10 but there are also not a lot of great options. Rocket Dock is one of the older players in this space and it is also one of the best. By default, it appears at the top of the screen because on Windows, the taskbar is at the bottom. The position can be changed, of course, for both the taskbar and rocket dock.

The default icons are pretty not pretty and they also look old. Fortunately, you can change them with any icons you have or with any icons you download from the Internet. There are a few built-in themes for the dock background and you can download even more from the Internet. Of course, it lets you pin your favorite apps for easy access without having to open the start menu or going to your desktop. 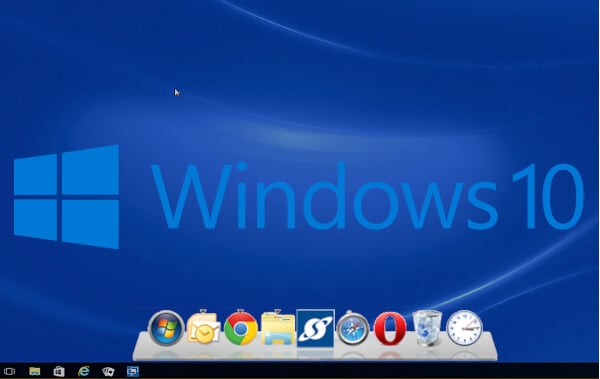 Object Dock is an app launcher for Windows 10, inspired by the macOS dock, made by Stardock. For those unaware, Stardock makes many similar Windows utilities that aim to improve the user experience. That is to say, they know how to make apps. Object Dock is one of the most polished docks available for Windows. It can obviously do the basics like letting you pin your favorite apps.

Unlike Rocket dock you can have as many docks all over the desktop as you like. For instance, one at the top for media apps, one on the left for something else, etc. Object Dock also allows you to drag a file onto a pinned application to open the file using that application. It offers far more customization options as well compared to rocket dock. There are quite a few themes built-in but you can find even more on the WinCustomize.com community.

All the goodness does come at a price though because once again, unlike Rocket Dock, ObjectDock is not free. Although you can use a free trial for 30 days. 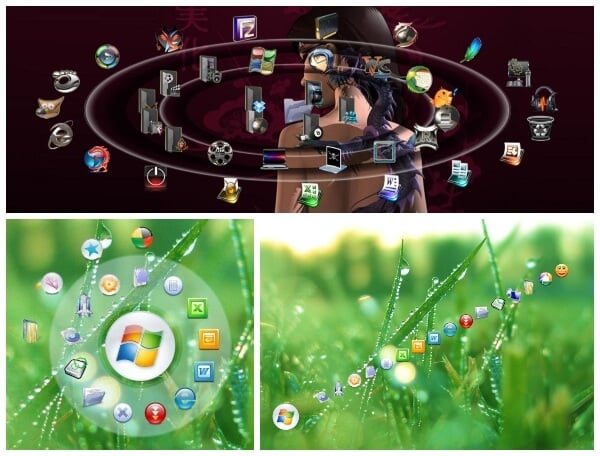 Traditionally, Windows app launchers are either like the macOS spotlight or the macOS dock. Circle Dock takes a different approach.  Although Circle Dock is still technically a dock so you can pin your favorite apps and such. But instead of taking space on your desktop it just disappears when not in use. To bring it up, you just have to press a button, which by default is the F1 key.

The dock then appears wherever your mouse is, which makes it pretty easy to launch your pinned apps, as opposed to dragging your mouse to a screen edge. You can also rotate the dock using your mouse wheel. You can add as many apps and files to the dock as you like because a circle is a more efficient use of space. Moreover, the app is portable and requires no installation at all.

Circle Dock is also highly customizable letting you change the background, icons and even the shape of the dock. 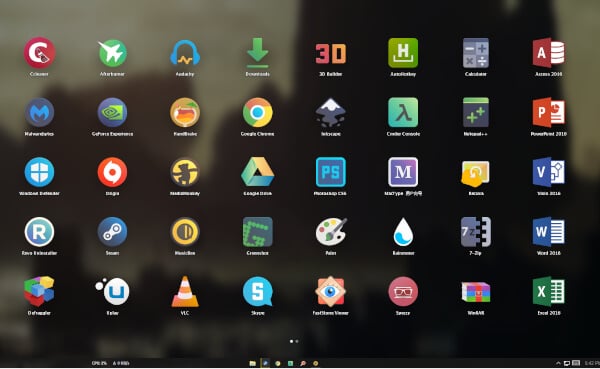 Yet another app launcher for Windows that takes inspiration from macOS, macOS X Lion specifically. Like Circle Dock, it stays hidden when not needed but you can bring it up by Shift+Tab. Upon activation, the launcher covers your screen like the app drawer on Android smartphones and displays all your pinned apps in a grid. The desktop icons are hidden when the launcher is in the foreground, and it also blurs the desktop background.

Like iOS, WinLaunch also has a “jiggle” mode to let you move app icons around or delete them. You can also create folders by simply dragging and dropping icons onto each other. More icons can be added by pressing F, after which you can just drag and drop apps to the launcher. The official website contains themes for macOS Lion, Mavericks, and Yosemite. 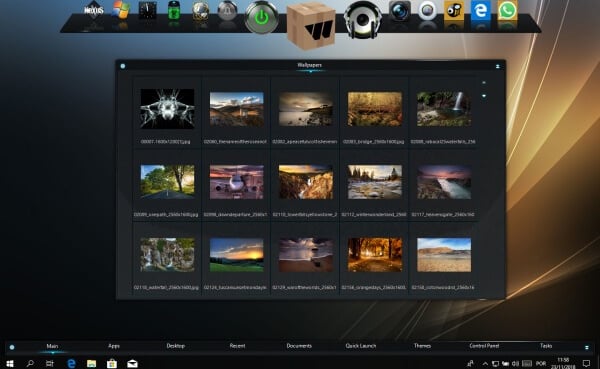 Winstep Nexus Dock is probably the most feature-packed windows app launcher/dock out there. In terms of sheer functionality, it might even beat the best Linux docks. If you wanted you could completely replace your taskbar with Nexus dock. That kind of functionality usually does come at a price and in this case, it is not only a monetary price.

The Nexus Dock app launcher for Windows 10 can be tricky to navigate through. Because there are so many menus and configurations. If you’re someone who doesn’t like so much control you might be better off skipping it. The dock supports animated icons, live icons, custom icons, background blur, widgets, and all kinds of other things. These features are also available on the free version. If you pay for the Nexus Dock Ultimate, you get twice as many features.

These include support for multiple monitors, tabbed docks or shelves, an unlimited number of nested sub-docks, etc.

There are even more dock style app launchers for Windows 10 that we haven’t covered. This is a list of the best ones, after all, so not everything can make it. But there are some other docks worth trying such as XWindowsDock, RK Launcher, etc.

Most Useful Google Apps You Probably Didn’t Know About

How to Combine Videos on iPhone and iPad