In the past, there were a large number of city-building game for PC that allows the gamers to put their creative mind to build virtual cities and towns. These strategy games serve as a way for getting into architectural creativity and get to know how a big city efficiently operates. The virtual city builder has to take care of residents and social, economic as well as the political aspect of the city. Strategic planning and management of the whole city are quite complicated, as it is entirely on the person to put together the city in one.

With these city building games for Mac, the player can stake their claim on another world and change it as per their will. Almost everything in the game starts from scratch, and the player can look down on their creation from all the angles. Every single percent of growth is resultant of the actions undertaken by the player. They are highly addictive and longtime fun with creativity, as they can go on forever enhancing with every act of the player.

The genre offers some great titles, and there are several reasons to build as well as play them. Here is a list that comprises the best city-building strategy games for PC.

Almost every person knows about SimCity. The city building game for PC allows the player to construct a living world where every single choice matters and are critical. Be the mayor of the city and manage the entire city as it is all up to you. Start from a blank map and expand the city from a predetermined budget. 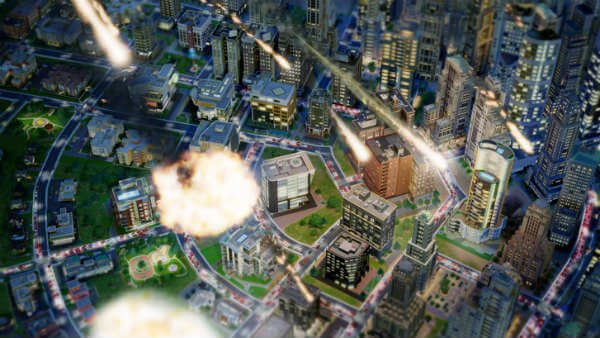 With time, the player can place the government as well as other constitutional buildings. Like every city, the chief means of income for your city is taxation. You can also play in Multiplayer that adding an entirely new element. Collaborate with others to each new achievement.

Witness futuristic backdrop of city building gaming in Anno 2205. Players have to compete with other corporations as the leader of their corporation. Take the next step in the city building game for PC, with the promise to build a better future. Conquer Earth and establish prosperous developing cities in the process to safeguard the prosperity of your people. 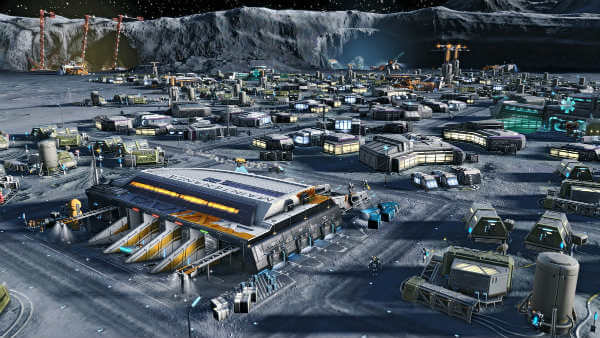 For several purposes, the player might have to travel into the distinct space. The game allows you to bloom your corporation and expand it to the Moon. The strategy city-building game features work simultaneously on Earth and Moon and to Experience the future with flying cars and space travels. Build a city driven by your actions that thrives on every opposing circumstance.

Come across the thrill as well as the hardships of maintaining a city in Cities: Skylines. The simulation is a modern take classic city-building game for PC, coming with a fully comprehended transport system. Every player can mod the gameplay as per his or her style of playing to get the perfect balance between the complex and exciting game simulation. 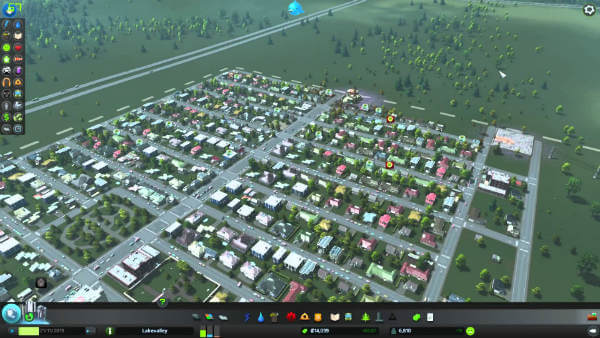 Engage yourself in urban planning through zoning, placements of roads and buildings, etc. The open-ended city building game for Windows is just limited by your imagination. Go beyond your imagination with by making a real city with all amenities and actual infrastructure.

The awaited sequel to transit simulation game Cities in Motion is here. Cities in Motion 2 is built on the same backdrop like its predecessor. In the game, the player can build, manage as well as direct the network of transportation in the city. The city building strategy game comes with multiplayer modes, day and night phases, timetables and dynamic movement in cities. 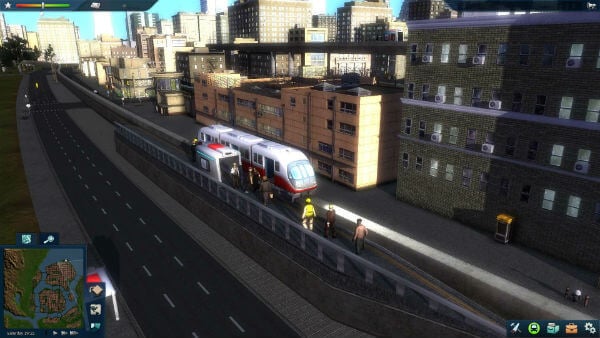 Facilitate the transportation needs of the citizens of the city and create efficient public means of transport. Beat the rush hour by controlling the timetables and movement of transport. The choices of the player made in the city building game for PC affect the growth of the city.

Build up a maximum-security prison in Prison Architect. Inheriting a 2D simulation and construction mechanism, the player has to control as well as build the prison. With the upgrade of the prison, the player needs to recruit the staff and other people to manage the various aspects of prison. You do act as an architect and governor in the game. 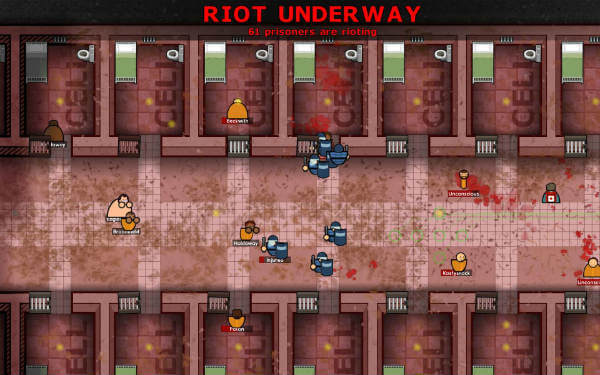 In the city building game for Mac, the player can add workshop as per the reform programs. The game comes in two modes, Story Mode and Escape Mode allowing the player to play both as the jailor and as a prisoner hell-bent on escaping the prison.

Keep the population of exiled travelers alive and aid them to restart their life in Banished. The player has to control the travelers and grow the new land into a successful culture. Travelers do have clothes and a cart filled with supplies of their homeland. The main source of your city building game for PC is the townspeople. 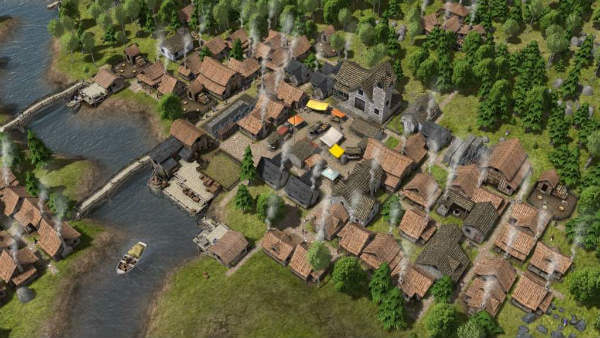 Any structure can be made at any given time without any money. With the barter system, exchange your hard-earned resources for the arrival of trade vessels. More than twenty operations can be performed, and more than one strategy must be there to succeed with the town.

Constructor Returns in High Definition sets the players as budding tycoons of property. The players have to take on their rivals in the creation of a prosperous and successful city. A speedy building of homes and businesses is important to grow the city efficiently. 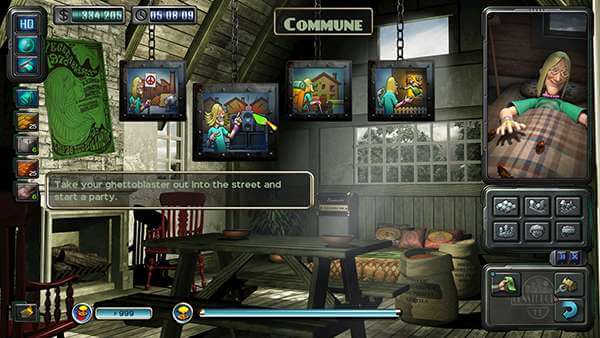 In this city-building game for PC, the player is the constructor, and he or she can change the city surroundings with their actions. The player can also terrify the enemy by sending the mob to their territory. Almost anything is possible in this game as you can also make the enemy submit due to your actions.

Your mission as a provincial governor is to build cities, trade, and industry for money to spread the glory of Rome. The player can use the City Construction kit to build out the perfect city for gaining an upper hand in Roman politics. 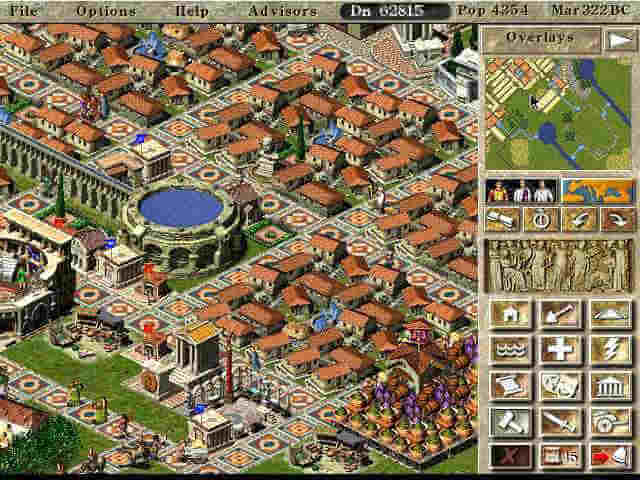 Talk to the common residents of the city about the ways to make the current situation of the city better. The interface of the city building game for PC is intuitively allowing the player to build, rule and defend on a single screen. Satisfy the five gods with their temples and festivals as they might ruin your entire work if displeased. As your career as governor rises, more and more structures, as well as challenges, do come up.

Grow your surroundings and stay in power is the main goal of Tropico 5. The fifth installment of the city building game for PC is much denser than its predecessors. The player must ensure that their actions have the approval of the citizens, as they are the lifeblood of the island. Any disapproval amongst them can lead the leader to vote out of their office. 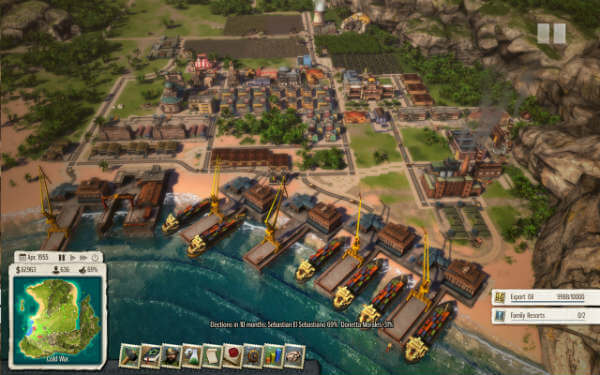 There are more than one different factions that result in one’s leader happiness to become other’s cause of frustration. Coming with 15 missions, the game is split into two parts and four eras, which is to be completed by achieving certain objectives.

Lead the group of space colonizers looking to form a base on an isolated planet on PlanetBase. Players have to perform both the role of an architect as well as of a manager. Collect energy and cultivate food to ensure that they can survive on the estranged planet. Along with this, the player must have to take care of the constant supply of oxygen. 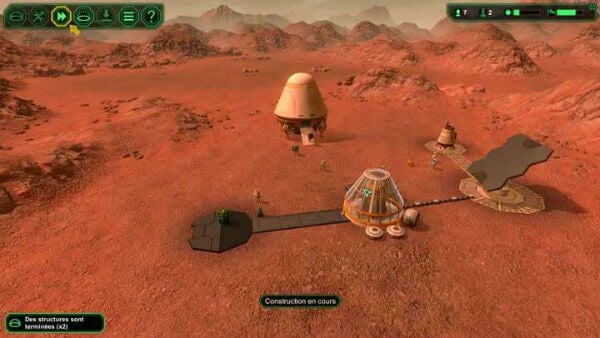 Out there in the game market, you may not find out a good collection of the city-building game for PC. With this list of city building game for Mac and PC, you can get some great titles that are quite addicting as well as worthy of a try. Manage and control the city that you built with your creative insights taking care of its every aspect. Built your virtual city from scratch and grow with each passing day to make it magnificent from all others.

Spam Calls: How to Stop RoboCalls on Cell Phone and Land Phone?

How to Attach An Email In Gmail

How to Add Password to PDF Files using MAC