Best Wii U Games to Enjoy for All the Time

The successor of Wii, Wii U is the eighth generation video game console coming from Microsoft. Coming with improved online functionality, the gaming console was not able to gather enough market share in the beginning.

With this new era of games, Nintendo gave something more than ordinary and simple to the Wii U players. Here is the list of the best Wii U games to help to encounter the greatness of the video game console. 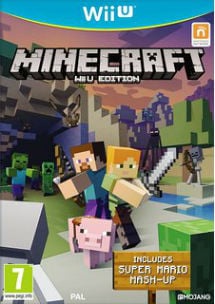 Go into an aimlessly made world made up of blocks and build your own living. Create some magnificent things like homes and castles on your own in Minecraft.

It is entirely up to what do you want to make from the blocks in this three-dimensional environment of the game.

Minecraft is the most loved amongst the top Wii U games. The game is open world and the player has to learn everything on its own.

Play in Creative mode or in Survival mode to get a better experience of the game. 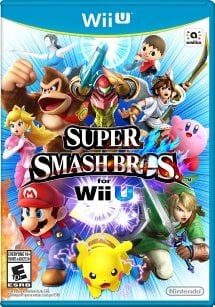 Super Smash Bros. allows you to play as the iconic Nintendo characters and battle the others. Having about 50 characters, you can easily choose your favorite one to fight in a unique and diverse way. Perform attacks and execute special moves in order to defeat your opponents. Every match is a visual treat because of its speedy 60 frames per second graphics.

Play in diverse modes like Classic, Special Orders and All-Star to enjoy more. Every mode has their own rewards that can be unlocked if the player plays on. With the single player mode, you can get new means to challenge your character and know more about it. It is a good addition to your top Wii U games.

ESRB Rating: Everyone | Attractions: Unique abilities of each character, 3D environment, and New elements | Multiplayer: up to 4 players | Buy From: Amazon 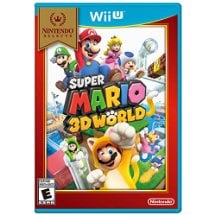 Super Mario 3D World has everything that makes it one of the best Wii U games. The game has brilliant graphics and has all the loved Mario characters to choose in order to play the game. The Multiplayer mode is one of the best things in the game that doubles up the gaming experience.

The all new cat transformation makes the players play like cat and run on paws as well as jump on enemies while attacking them midair. There are hidden blocks and places where you can freeze your enemies. 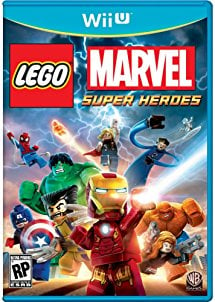 Choose your favorite Marvel character and fight the super villains of Marvel comics from destroying the world. Recover the powerful comics of the shattered Silver Surfer’s board before Loki, Doctor Doom, and Magneto. The graphics of the game are typically the ones that all LEGO games inherit for their series.

LEGO Marvel Super Heroes comes with 100 playable Heroes and Villains of the Marvel Universe to enjoy every bit of the gameplay. In the game, you can easily play in the exotic and unique locations of Marvel universe. The game contains an open world that can be explored easily. If you are a Marvel fan, then you must have it in your Wii games collection.

5. The Legend of Zelda: The Wind Waker: 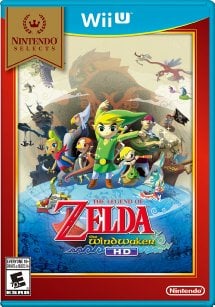 Enjoy the timeless classic of The Legend of Zelda: The Wind Waker coming back to the console with some new upgrades. Sail the great seas and search the big lost islands to find the kidnapped sister. The marvelous HD graphics of the game make it a visual treat for Zelda lovers. The bold and uptight game is all what people love in action adventure genre game.

Be the young hero embarking on a journey to save the world ending due to the actions of an elderly person. The most impressive moments of the game are here to make the experience more memorable.

6. The Legend of Zelda: Breath of the Wild:

ESRB Rating: 10+ | Attractions: More than 100 Shrine of Trials to discover, fully equipped with discovery, exploration, and adventure | Multiplayer: No | Buy From: Amazon 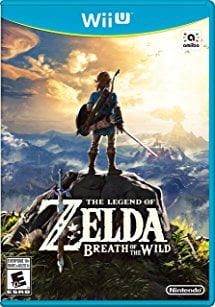 Zelda series is considered as one of best Wii U games series. The franchise is growing every year and The Legend of Zelda: Breath of the Wild is a part of it. The game takes the series in an open world that is different from the traditional offering. It contains amazing visuals and inherits some magnificent art direction for the players.

The Legend of Zelda: Breath of the Wild is one of uniquely designed and polished Wii games that are compelling in every manner. When you are playing it, everything regarding the old series must be ignored in order to experience the best.

ESRB Rating: 10+ | Attractions: All new and popular tricks. Great game for party to play with friends and family and a community of 119 million players | Multiplayer: up to six players | Buy From: Amazon 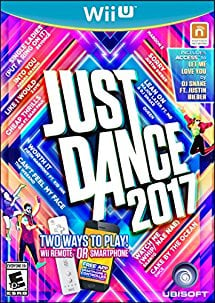 Almost everybody loves to play Just Dance due to fun numbers it offers. In this list of best Wii U games, Just Dance 2017 is the only game that is fancy in every manner. The game is brilliant in what it offers and packed with everything for single player mode. Coming with 40 new tracks and 6 game modes, Just Dance 2017 is a great music video game.

The players can use their smartphones for playing by simply downloading an app. A 90-day trial comes with the game and for using the beneficiary music, you need to subscribe to Just Dance Unlimited. 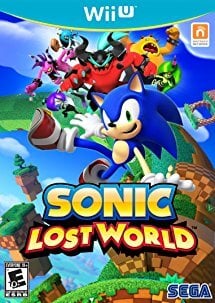 The Deadly Six are here to destroy the world and it is up to Sonic to defeat them. Sonic Lost World comes to some great add-ons making it a worthy contender amongst all best Wii U games. In the game, encounter all powers of Sonic and fight each of the Deadly Six to save the world.

Also, race with the friends in the ultra high-speed races, taking them down one by one in the supersonic showdown. There are several appealing and fun 2D sections for making the game better in every manner.

ESRB Rating: 10+ | Attractions: Battle across the land, air and water, Transformable vehicles and Diverse modes | Multiplayer: up to 4 players | Buy From: Amazon 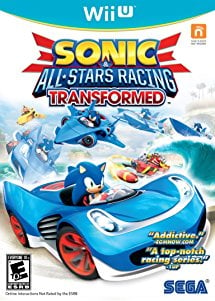 Sonic & All-Stars Racing Transformed is a great game that shows its true colors when more than one player come up. For enjoying the game in a better way, it is better to unlock all the available modes. The sole mode of the game is deep in every manner. Choose from about 20 All-stars characters.

Use the weapons available for aiming and shooting the enemies. It can also be used for blocking the attacks of the enemies. Settle every old rivalry and made new ones in the game through the diverse modes present. If you are a die-hard Sega and Sonic fan, then it must be in your Wii games collection.

Attractions: Beautiful 8-bit graphics, Contains the levels of original 1989 release and Experience the in-game characters in their true form | Multiplayer: No | Buy From: Amazon 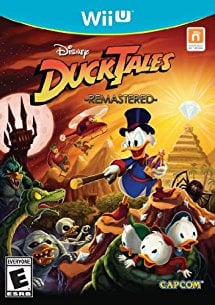 Experience the classic adventure of world’s richest duck Scrooge McDuck in this game. DuckTales Remastered contains the original Disney characters voices. The game takes the charm of the loved TV series to another level. Embark on the quest of getting all the five legendary treasures. It is simple and fun to play coming with several upgrades improving the gameplay and appeal.

All the characters do inherit their original charm and wit making the experience to be fresh and new. The game is short and does comes with a new tutorial level to help the players to know more. 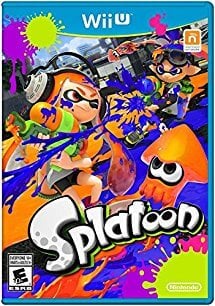 Feel the intensity of the battle in Splatoon like no other Wii games. It got the award for the best shooter game among all other top Wii U games in 2015 by IGN. In the game, the player is made to compete in a match of four versus four, where the goal is to claim their turf.

The game is chaotic and fun in every way as it involves more the one person on playing. There are new weapons and modes to make the battle more thrilling and exciting. This game is a great addition to best Wii U games because in it strategy is everything. 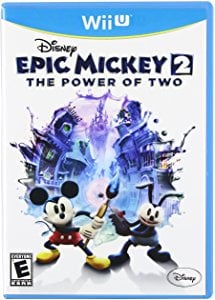 Epic Mickey 2: The Power of Two is an all-new co-operative adventure game that is exclusive to this console. With the help of the game, any player can use the controller to its true potential. The players are given the chance to play as Mickey Mouse and the first cartoon star of Walt Disney’s Oswald the Lucky Rabbit. The in-game physics add a unique approach to the gameplay.

The voices of the characters are of official voice actors. Every player can hear the voice of Oswald the Lucky Rabbit for the very first time. After the successful first installment, this game is making its way to the best Wii U games. 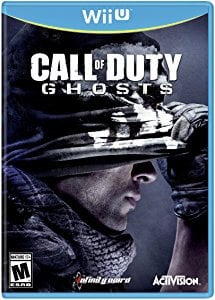 Call of Duty is one of the biggest game franchises available for all gamers. Call of Duty: Ghosts is the addition to Wii games collection from the company for offering something unique. Start from a devastated building that can collapse anytime to reach the safe point. The close-quarters combat and energetic action is the essence of the game.

Play as the underdog against a threat that is superior in every manner to you. Each character of the game is customizable and comes with a better perk system to give you all a great experience. 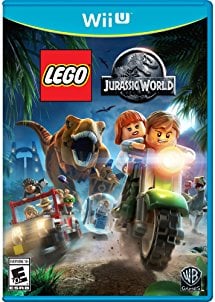 LEGO Jurassic World allows every player to see the content of all four Jurassic films in a comic way. The game is in this list of best Wii U games due to its thrilling adventure that creates some iconic unforgettable scenes.

Any player can choose to play the key moments of the series and in the classic LEGO way.

You can also destroy things as LEGO dinosaurs and become your favorite one without any trouble. Ever player can customize their own dinosaurs to make their own collection. Experiment with their DNA to create new dinosaurs.

Despite the launch of much anticipated Nintendo Switch, the list of games available for Wii U is not short. Some unique titles are there that allow you to take full benefit of astonishing GamePad’s features. There is fair share of gems that are named as the best Wii U games giving the players almost everything they want to experience with the console.

How to Send a Message on Clubhouse to Anyone

How to Pin Your Favorite Website to Taskbar in Windows 10