These are the best text editors for Mac, and a couple of them are free. The code editors in this list support multiple programming languages. These code editors for Mac packs many features such as syntax highlighting, interface customization, macro recording, etc. Let’s check out the best alternatives of Notepad++ for Mac users.

Atom is an open-source and one of the best text editors provided by the Github team. This text editor is intended for online creation. One of its features, which most of the developers would like about Atom, is the ability to modify the editor itself. This helps (like many other open-source products) you to make Atom work as you wish, and all you need is knowledge of HTML and JavaScript. 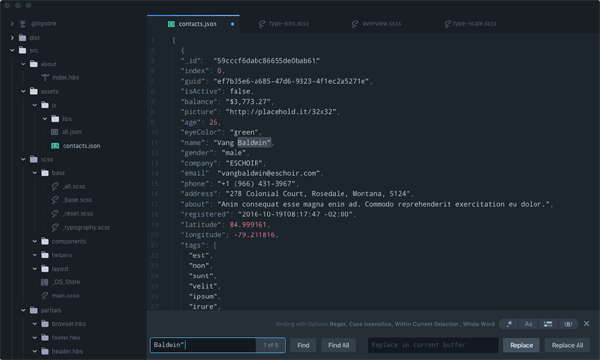 The code editor also packs features such as Modal control, project management, Github conflict management, and color display. There is a highlighter feature provided for some languages. If at all you feel for changing linter, cursor position, history management, file icons, or themes, you can rely on the packages that are posted in the community frequently.

Related: Clean your Mac in A Few Clicks

Adobe, the creators of the most popular Photoshop app, also has its own text editor called Brackets. The app is free, and they are providing new features and extensions every few weeks. In Brackets, you get some pretty handy features such as instant search, CSS hints, JS Hint support, and plenty of themes. It is one of the tools that programmers frequently use in the Git, and Brackets has a built-in feature that helps for easy Git integration.

Adobe text editor also comes with some unique features such as Extract, which would get the gradient, font, color, and measurement information from a PSD (Photoshop Document). After that, this information will be automatically converted into clean CSS. So, when you want to convert a PSD into a website, get yourself a lot of time saved.

You might have heard about Komodo IDE (Integrated Development Environment), which is one of the popular IDE among developers. Komodo Edit is a light version of the same, and it is free. It is a fact that the app lacks behind other text editors by a number of features, but Komodo has got all the relevant features. You are getting common and useful features such as auto-complete, markdown viewing, Multi-language support, and change tracking with Komodo Edit. 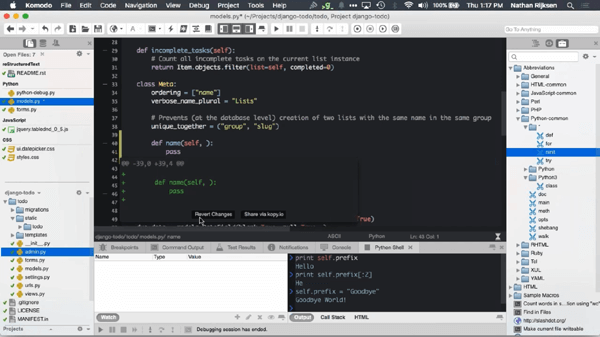 You could get several extensions and themes for the app and the IDE from many Github repositories. They do enhance the functionality, but it is hard to guess whether it is for Komodo Edit or Komodo IDE. If that’s not a problem, you would love Komodo Edit.

jEdit, also known as mature programmer’s text editor, is a free text editor. This code editor has got pre-mapped shortcuts for Mac OS, which would help you a lot while coding. To quickly return to a marked position, it provides the markers feature. 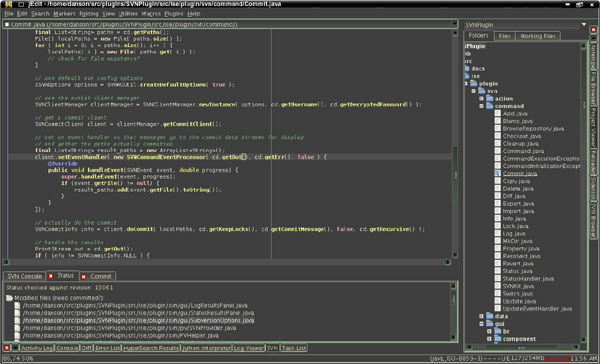 You could copy as many lines of code as you like since jEdit comes with an unlimited clipboard. Don’t see jEdit as just a text editor, and it’s a text editor maintained by a community of programmers across the globe, who by the way, provides all the extensions for the app. But that’s not it, by adopting jEdit you are entering such a large community where you can learn a lot more about programming. 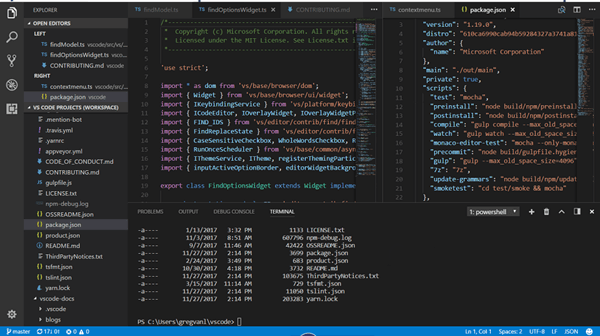 If you are a developer who develops for the web, you should probably check this app. With support for 30 major languages and other modern web languages, it is best suited for that job. With Visual Studio Code, you get real-time and automatic API description, linting, Git control debugging, and support for regex.

If you are looking for a simple text editor that is free and can replace an IDE and not interested in most advanced features, you can go with Vim. The editor has all the classic features and is a clone of Unix Vi Editor. 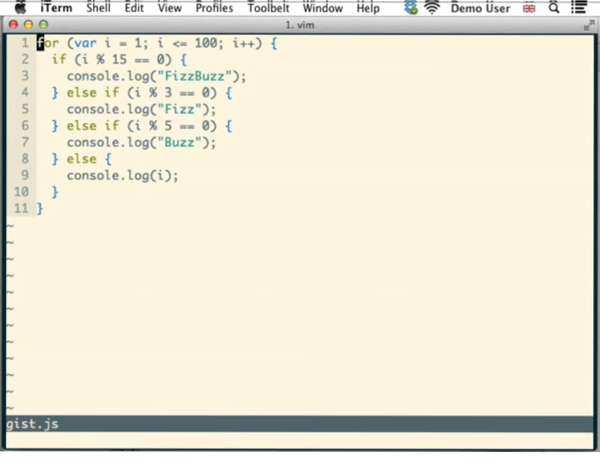 Although Vim has a big learning curve, Vim is an excellent companion for developers once learned. It packs features such as error detection, syntax highlighting, customizability. Since it is a clone of Unix Vi Editor as mentioned earlier, it is more similar to Vi Editor. There is a mobile version of the app if mobile coding is your thing.

TextMate combines all features of Emacs and MacOS to one editor. Unlike many other text editors in this article, this one is not free. This app can cost you around $58. For that price, you are getting a text editor which can replace an IDE if you wish to. 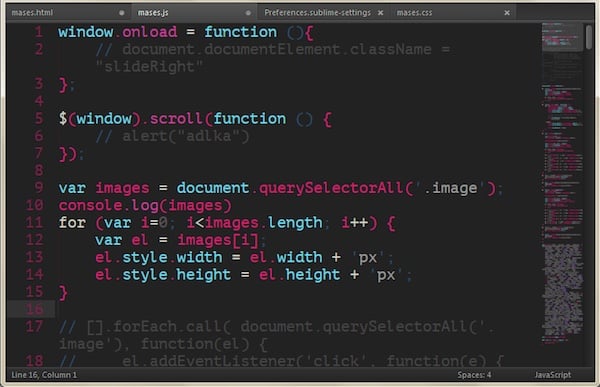 Whether you want to highlight or fold syntax, TextMate has you covered. This text editor has got support for Gerp and regex. A feature called visual bookmarking allows you to jump between locations within a document. Also, you could run shell commands within a document. It is a common requirement of programmers to be able to do Multi-file large projects and guess what! TextMate lets you do exactly that.

Sublime Text is a $70 text editor with a simple design. It doesn’t seem like much more than a normal notepad. It doesn’t mean that it is useless, but it is simple. Despite its simplicity, the editor is powerful and fast. It packs smart auto-correction capabilities, plenty of plugins, and much more. Sublime Text is a keyboard-centric editor due to which you can switch to any desired line with minimum possible keystrokes. You can add the same bit of text along multiple lines using the column selection feature. 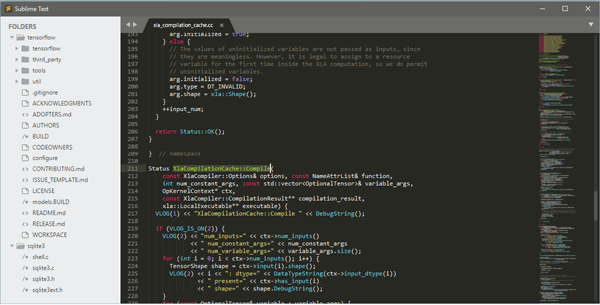 Another exciting factor about the text editor is that it looks the same on every platform (Windows/Mac/Linux), this is achieved by the custom cross-platform UI framework that Sublime team developed. Besides the normal and simple notepad-like look, the editor provides a minimap of your code. The minimap is a small bird’s eye view of your code, which can be seen on the right side of the editing pane.

BBEdit may cost you some money. You have to pay around $50 for this editor. BBEdit had a “younger brother” called TextWrangler. Most of the features in TextWrangler and BBEdit was similar. TextWrangler used to be a free version of BBEdit, but now Bare Bones has decided to combine the two, and now all we have is BBEdit. You are getting multiple language support in this editor. If you wish to create a custom module in any language, BBEdit lets you do it. 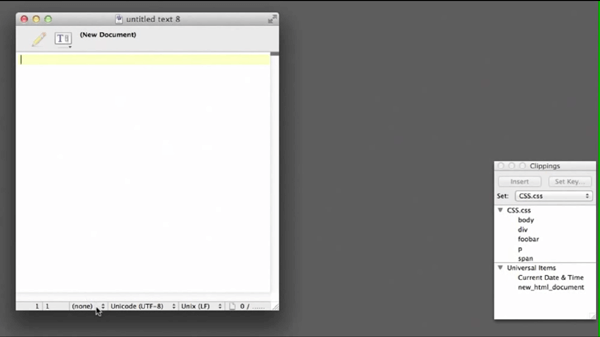 Support for FTP and SFTP is a specialty of this editor. A feature called ‘find difference’ lets users see the changes made to a file. BBEdit does this by providing three panes. One for the previous file, one for the current file, and the third for showing the changes made. Out of these three panes, two of them, the present and previous file panes, are entirely editable.

Many developers/programmers are looking for alternatives for Notepad++, simply because it does not function on macOS. And it is a fact that a huge number of developers work on Apple’s Mac platform. Now there are alternatives available for it that can be used on macOS.

These are some of the best text editors out there, which can replicate your experience on Notepad++ in MacOS. Now you know that you are not limited by choice due to the platform you chose. The best thing about these apps is that most of them are free and yet powerful & productive. If you don’t mind paying a little extra for a text editor, a couple of paid editors are also available. All you have to do is to select the one that suits you the most and start coding your masterpiece.

How to Remove Mac Apps from Dock After Quitting

How to Use iPhone or iPad to Edit PDF on Mac

Alexa Echo Spot Settings: How to Customize Display and Settings?

How to Share WiFi Network with QR Code on iPhone?