How to Solve WhatsApp Not Working Issue on Android

WhatsApp has massive popularity when we talk about modern-day messaging apps. This application literally revolutionized the text-messaging aspect of smartphones. Millions of users can send text and other media files with a single tap of their finger. However, it is a common occurrence of users reporting that their WhatsApp is crashing out. This means when they want to perform some activity with the app. Sometimes it may open for a moment, then hang and ultimately end up terminating.

In this guide, we will address that issue by explaining some basic troubleshooting techniques. You can use these to solve WhatsApp not working issue on your smartphone.

Why does WhatsApp Crash Happen

Before looking for solutions, we have to investigate what are the reasons for WhatsApp not working issue. We can attribute this to the non-functional or unstable internet connection. This is actually a major reason that is often the reason for the hanging or crashing of applications.

Again another reason for the WhatsApp crash can be related to having an outdated version of the app. Usually, when a version update is officially released, it should be installed swiftly. Sometimes under-the-hood issues internal to the app can cause it to crash. So, it’s necessary to check the changelog of the newly available update and flash it.

A majority of users out there are still oblivious about bug issues in the app. So, it is imperative that they should keep an eye out when the developers are releasing any firmware update. They should make sure to grab the same as it rolls out.

Sometimes users who are not very familiar with AndroidOS, install applications from unofficial and sources that cannot be trusted easily. So, these apps tend to be unstable and buggy. We can say the same about the beta version of official applications. Beta variants of applications may also cause the app to crash.

Not clearing the application cache may also cause the app to crash. When an app is frequently used, its cache is loaded with various information about the app. At one point, it may happen that due to information overload, the app may not respond to the intended functions of the user.

Apart from this, while transferring or downloading corrupted files over WhatsApp, the application may hang due to it. Users should be careful with what kind of files they are sharing through the messaging app.

Related: How to Get Animoji or Memoji Stickers on WhatsApp for Android

How to Solve WhatsApp Not Working Problem

Now, that we know the possible issues that may plague WhatsApp, it’s time to know how to solve WhatsApp not working issue.

First things first. Sometimes an app would not refresh if the internet connectivity is poor. so, check for the same. Check whether the same issues of slowing down or hanging is happening with other applications.

Maybe you can wait for a while and re-check your internet. Then you can try to see whether WhatsApp on your device is working or not. If network related issues persist you can also contact your ISP.

You must have observed that sometimes post a new update installation, you are prompted to reboot the device. This is done to integrate the changes into the smartphone. However, users do not restart them and this leads to the non-functioning of apps. This sometimes also affects the system as a whole.

So, switch off your device. Wait for a minute or two and then restart it. Most of the time, this troubleshooting method solves a lot of the problem. Try this simple method before trying out anything else.

Related: How to Stop People from Adding You to WhatsApp Groups

This is an important troubleshooting technique that should solve WhatsApp not working issue. When you frequently use an application or its features, it is stored in the cache memory. Sometimes the memory needs to be released. In simpler terms, you have to clear the memory and refresh it so new data can be held.

Otherwise, you may end up with issues like App hanging or crashing. WhatsApp is no exception to this issue. So, you can try to clear the WhatsApp cache and also the data to see whether it makes any difference on the non-functioning application.

Here is how you have to clear your WhatsApp App data and cache.

This will clear out all past cache to save on your Android for WhatsApp and the app will work as fresh, Sometimes, this will be enough to solve the issue.

How to use Apple AirPods with Android

A majority of smartphone users consists of laymen. They know how to use a smartphone but not how to maintain its OS and apps. We are talking of the people who do not update their applications in time. So, in this context, people also forget to update their WhatsApp.

So, go to the Play Store. Check whether WhatsApp has a new software update pending. 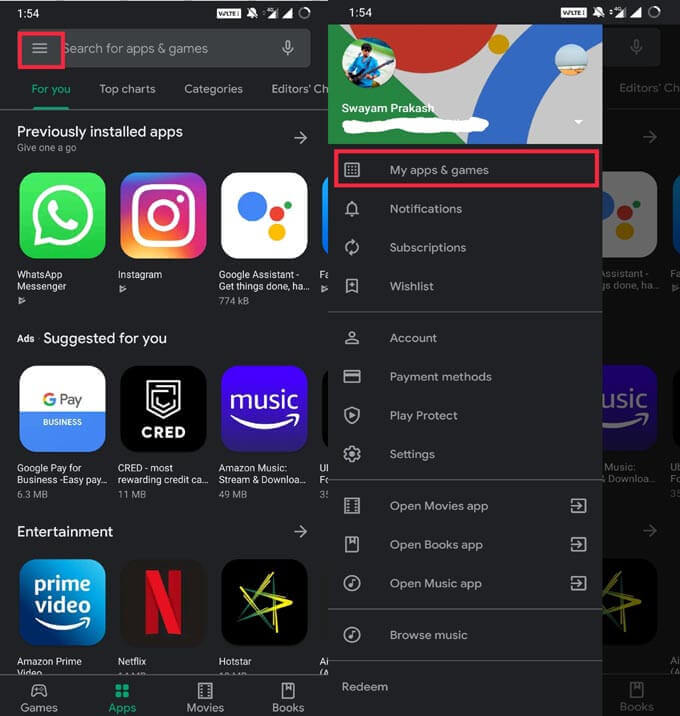 Always, make sure you are updated with the latest version of the app. The Android apps are pushing some patches and critical updates and keep update with the apps you installed in Android.

This method is required in case you have installed WhatsApp from any non-official source. You may have installed a corrupted APK file which may be leading to app crash and hanging issues.

So, delete your current WhatsApp APK. Then try to reinstall WhatsApp from the Play Store. This is the official process of installing a recognized app.

So, these were the different methods by which you can try to solve the WhatsApp not working problem on your Android device. The troubleshooting techniques are pretty straight-forward. So, we hope that this guide was helpful to you. Do let us know in the comments if it worked for you or not.

Alexa Can Tell You When Your Washing Machine Is Done; See How