Top 10 Free Operating Systems For Laptop or Netbook for 2019.

Tired of Windows, Mac OS X, and other Operating Systems paid up gradation and support? Do you feel like trying out something new? Or perhaps you want to test the cutting edge in operating system design or find out what the platform of the future is going to be. Or you may simply want to try a system that your friends are using to see whether you can use it on your computer. If you are you searching for a lightweight operating system for a netbook? Here is a list of the free lightweight operating system for old laptops that can operate without using much hardware resources and probably boot from the USB itself.

There are plenty of operating systems available and introducing new OS day by day with so many features and fast processing capability. This page lists a variety of free operating systems for Laptops that can download and install on your computer. 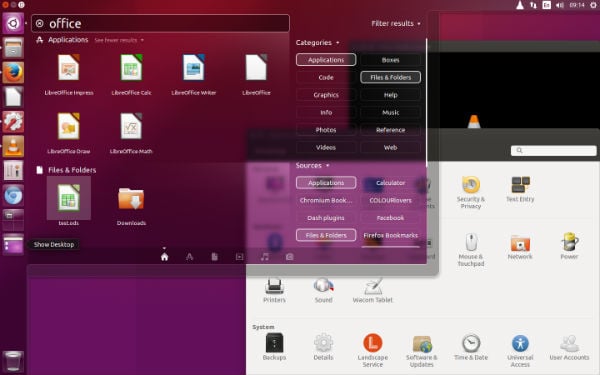 This operating system for an old laptop wasn’t precisely designed from the ground up. Ubuntu is the Linux distro based on the Debian architecture. This ideal OS for old laptop comes with most of the built-in Ubuntu apps (Firefox, Open Office, F-Spot, LibreOffice, Firefox, Thunderbird, Transmission, etc.) that makes this setup different is the compatibility with computer hardware. The GUI is tailor-made to take advantage of the limited real estate laptop screens feature. The Ubuntu platform comes in two forms – LTS(Long Term Support) and non-LTS. The last stable LTS version is 16.04, and the non-LTS is the 17.04. The naming is done with respect to the year(16) and month(04) of the release.

Most noteworthy is that this will be the final versions with the Unity-based desktop as the newer releases will switch back to the GNOME-based desktop. Furthermore, as Ubuntu has been the most popular Linux Distribution, it has excellent hardware compatibility, and the users need not install additional drivers. The software is downloadable from the official Ubuntu Software Center.

Linux Mint provides a modern, powerful and elegant operating system for notebook and netbook. Mint works out of the box, with full multimedia support and easy to use. This fast operating is based on the Ubuntu distribution and is currently the most popular operating system among experts and beginners alike. 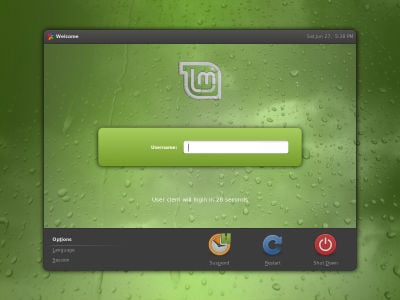 Based on Debian and Ubuntu, Mint provides about 30,000 packages and one of the best software managers with a unique Update Manager and the robustness of its Linux architecture. Updates come slower than Ubuntu, but for those who want better performance and visual aesthetics can surely go for Linux Mint.

Related: Please check our suggestions for the tools to clean your PC for better performance. 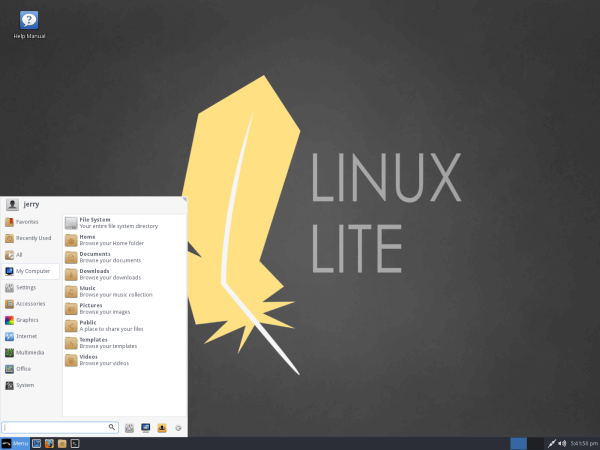 The Netbook Linux Lite is based on the Ubuntu distribution and presents a simple interface. As such it is quite stable and has update support for up to five years. The Linux distribution is fully functional right after installation, and the users need not worry about driver issues. As far as best lightweight operating systems are concerned, Linux Lite is right up there on the top.

Related: Many of the systems are also open source so you can also tinker with the system, find out how it works, and learn from it. Here is the list of best Free Light Weight Antivirus that can save Computer Memory and CPU Power.

Fedora is the second most popular Linux-based operating system as of early 2010, after Ubuntu. Fedora is an RPM-based, general purpose operating system built on top of the Linux kernel, developed by the community-supported Fedora Project and sponsored by Red Hat.

One of Fedora’s primary objectives is not only to contain software distributed under a free and open source license but also to be on the leading edge of such technologies. Fedora developers prefer to make upstream changes instead of applying fixes specifically for Fedora—this ensures that their updates are available for all GNU/Linux distributions. The best lite Linux operating system has a GNOME desktop by default which you can change to your wish. Fedora’s latest projects include the Fedora Spins by which you can customize and implement variations in the operating system desktop environment and UI. It uses the RPM package management system. 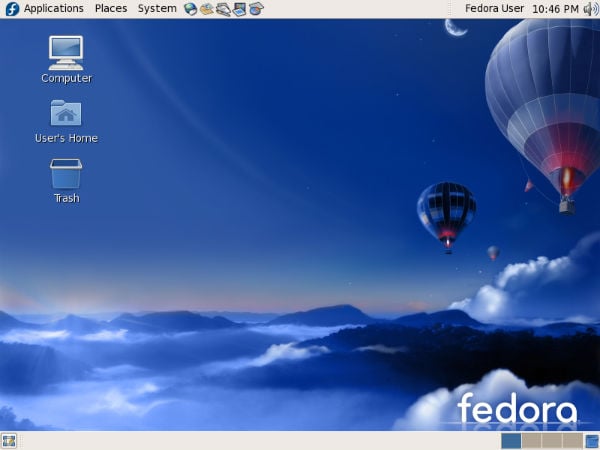 Fedora has a comparatively short life cycle: version X is maintained until one month after version X+2 is released. With six months between releases, the maintenance period is about 13 months for each release. Fedora had reasonably good support for PowerPC when he used that processor architecture. Fedora comes with the default DNF package manager or GNOME software to install software and software repositories

Kubuntu is an official derivative of the Ubuntu operating system using the KDE graphical environment instead of GNOME. This netbook OS is part of the Ubuntu project and uses the same underlying system. It is possible to run both the KDE desktop (Kubuntu-desktop) as well as the Gnome desktop (Ubuntu-desktop) interchangeably on the same machine. 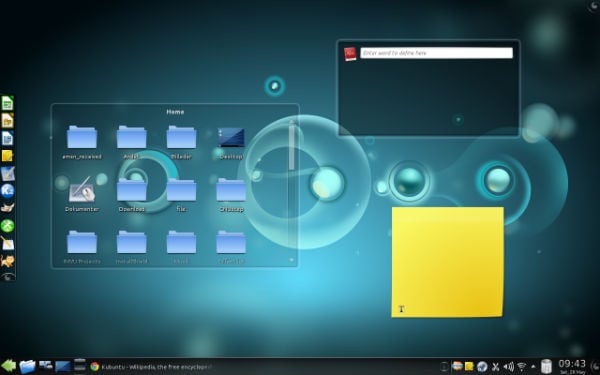 The Kubuntu desktop is supporting to full customization. Originally designed to ease the transition for users from other operating systems (such as Microsoft Windows) by allowing a similar desktop layout, and the KDE 4 Plasma Desktop incorporates widget-centric modularity that allows the user to integrate function identical to all other operating systems.

It is also creating new functionality not found in other operating system desktops. 3-D effects are available in the standard KDE4 installation. 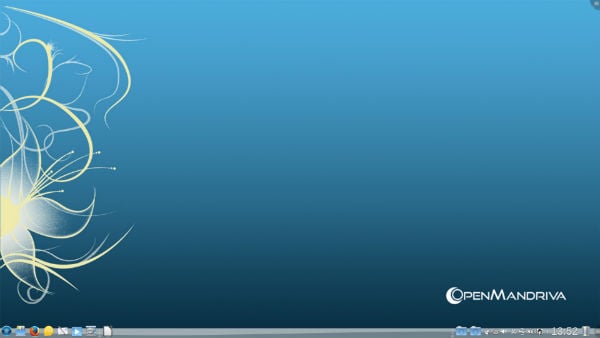 Editors Note: There are pretty new OS on the market and growing up the user base of these New Operating System in the year 2017 and deserve to list them here.

‘Revive your Old Pc!’ is the LXLE OS main motto and we can see why. This is the most resource efficient Linux operating system that you can ever find. It offers a ton of features and functionality that can help you get your work done without any hiccups. The LXLE OS is based on the Ubuntu LTS distribution so the stability and security are very much on point. 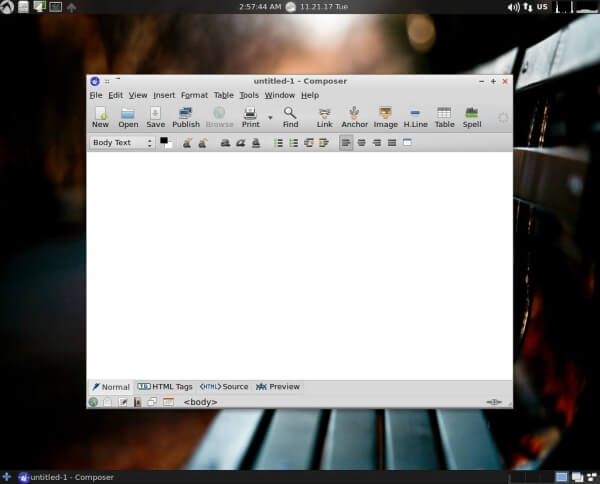 Using an optimized LXDE interface, the best lightweight operating system delivers the best possible performance and memory management information. The boot and startup take less than 1 minute, make your laptop fast with this fastest operating system for the laptop! If you want to make your old device perform brand new, LXLE OS is surely the way to go.

Manjaro Linux is based on the highly popular Arch distribution which is the go-to system for Linux experts. But the Arch distribution is very hard for the beginners and presents a steep learning curve for the entry-level users who are just stepping into the Linux world. This is where the Manjaro Linux comes in. 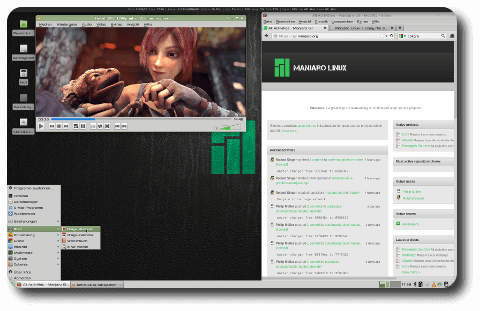 Manjaro Linux concentrates on the user perception and the user-friendliness. The best lightweight Linux operating system presents fast, stable and powerful functionality with the bleeding edge software. The simplified approach to the Arch distribution means that even beginners can harness the power of the Arch repository and architecture to the fullest. The system hardware is automatically analyzed and the necessary drivers have downloaded accordingly. Having dedicated software and easy installation means that this free Lite operating system is a must-have.

This one’s not exactly a netbook operating system per se, but it can make a pretty good one. Crunchbang is based on Ubuntu but focuses on “speed, style, and substance” to quote their website. Based on the lightweight open box window manager, Crunchbang certainly fast and could run well on your netbook. I highly suggest trying this out if traditional netbook operating systems don’t work out for you. 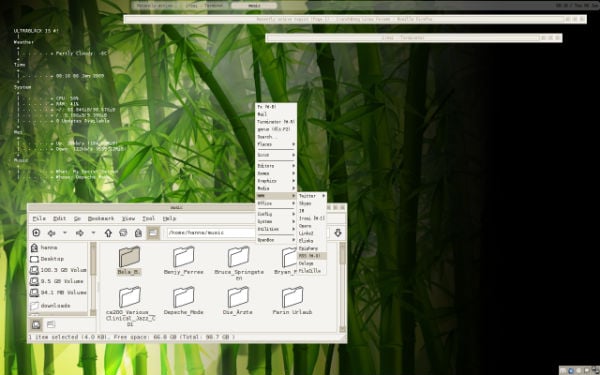 It’s worth noting that in 2008, a group of EEE enthusiasts made a custom Crunchbang for EEE users: CrunchEEE. Check out Cruncheee here, but know that it’s over a year out of date.

Moblin Linux is the light-weight Linux distribution Intel developed to run on low power netbooks with small screens and Intel Atom processors. The Meego is the lightweight Linux distribution that Nokia developed to run on its handheld internet tablets including the Nokia N900 and N810. Both of these operating systems are made way to Samsung’s Tizen OS.

Editors Note: There are few of the OS discontinued their support and further development. If you have any of them on the give list below, it is time to select another one from the top list of  Operating Systems.

(Update: EasyPeasy has been discontinued).The Ubuntu Netbook Edition is an excellent fast operating system for laptops, but a lot of things don’t work out of the box. MP3s, for example, can’t be played until you install the codecs. EasyPeasy aims to be simple by offering proprietary applications and codecs out of the box. You’ll be pleased to find your favorites including Skype and Picasa included by default.

Installing EasyPeasy is rather straightforward. Check out downloads and installation instructions over at easypeasy.com

(Update: RemixOS has been discontinued).The perfect solution for those who want to make an Android PC. Whether it is desktop or laptop, you can run this Android-based OS from USB or direct from PC hard disk. Instead of installing Remix OS direct on PC, you can boot from USB; there is an .exe file available to convert USB that can load Remix OS later. Remix OS is not limiting you to doing the PC activities; you can still browse the web, office applications, prepare presentations, Taskbar, File manager, etc. With Remix OS, you can enjoy all the Android Apps and wonderful games on your Desktop or Laptop PC. 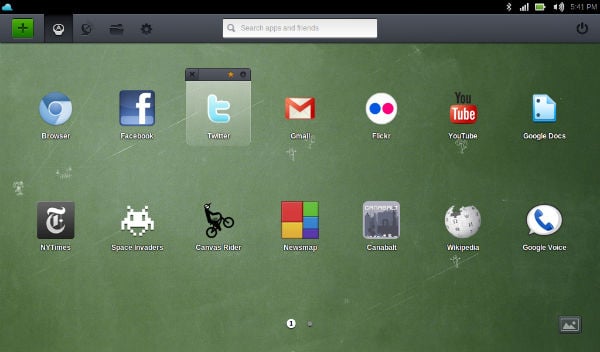 This Operating system is built upon Debian and Ubuntu 9.10 but is tweaked to be more suitable for computers that have weaker specifications regarding disk storage, memory, and screen size, like netbook computers. Jolicloud relies heavily on Chromium-based packages for running web-based applications. For Windows-only products it uses Wine.

There are many great operating systems worth trying out. I have only highlighted a few of them worth checking out, but there’s a lot more beneath the surface if you’re willing to dig around. If you want to try any of these OS without altering your current PC setup, please check our article to try a new operating system without harming my computer?

No matter how high-speed your processor, the latest motherboard, or the most recent operating system you get or the best brand name, your Windows PC performance may degrade day by day. These fast operating system for the laptop can improve the speed and work fats with even low resource laptops.

How to Transfer & Play MP3 on iPhone/iPod, No iTunes Required