How to Upload Watch Faces on Amazfit GTR with iPhone

Amazfit’s app is the official app for GTR. iPhone users can download and install the Amazfit app from the App Store. For BIP users, if you are switching from BIP to GTR, you have to install Amazfit app instead of MiFit on your iPhone. Once you install the app, please follow the steps below to pair your GTR with your iPhone.

Now that you have added the GTR on Amazfit iPhone app, if you own Amazfit Pace or Stratos, you can follow the same steps to pair the Amazfit watch with your iPhone. The app will work with Amazfit Verge, Stratos, Pace, etc.

There are a few watch faces are already available in Amazefit’s app to upload to GTR. As we mentioned before, the GTR itself has only two built-in watch faces and you can upload the third one with the App to your watch. The Amazfit app itself offers an additional 40 watch faces to upload. You don’t need any other apps to upload these watch faces. 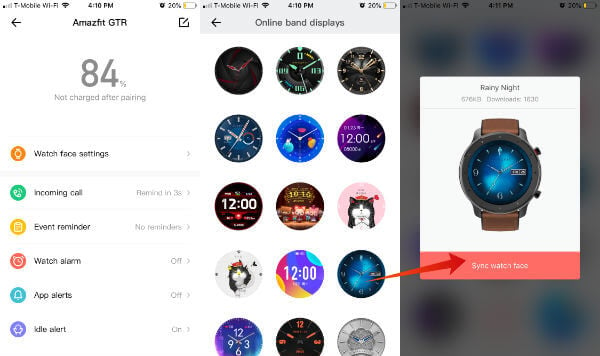 You have to keep your Amazfit watch close to you to keep syncing with your phone. It will take a couple of minutes to upload the watch face to the GTR depending on the watch face file size.

How to Switch Between Watch Faces in GTR 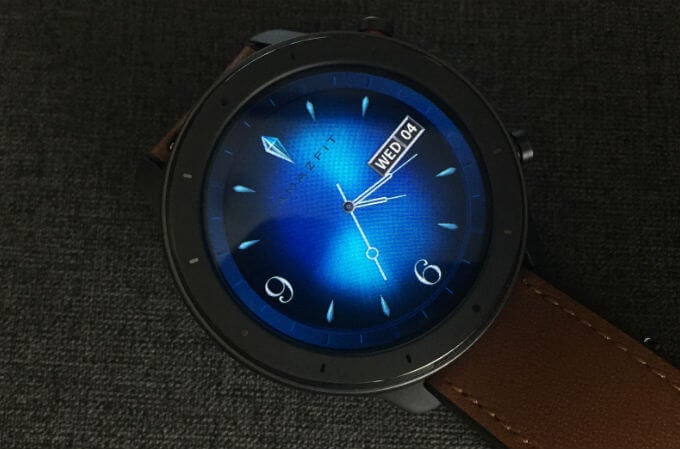 Editor’s Note: There is another solution to install custom watch faces on your GTR. You can also do this on other Amazfit smartwatches. Please check the article: How to Install Custom Watch Faces in Amazfit GTR with iPhone. You can use all available 40 watch faces from the Amzfit app to the watch. Do you think you have only a limited number of watch faces to upload to GTR? You can wait for the next official release of the app with more watch faces from Amazfit developers.

How to Change Celsius to Fahrenheit on Amazfit Bip Weather App

How to Change Kilometers to Miles in Amazfit Bip

How to Get World Clock with Multiple Timezone in Amazfit Bip

How to Sync Amazfit Bip and Bip S with Strava

How to uninstall Meego?