Microsoft has released its new Windows 10 Pro Insider Preview Build 10074 to the registered users in the fast ring. Now Microsoft decided to correct a wrong move by re-introducing the Google Calendar and Mail support by releasing a new updated version of Mail, Calendar App for Windows 10.

Earlier they have removed the Google Calendar support due to some issues in between them during the time of Windows 8 release period.

The new Mail app has many attractions compared to older one. The new Mail App allows to configure the Email accounts of Google, iCloud, and IMAP or POP and virtually any email accounts in the preview. There is a workaround already mentioned to Sync iCloud with Windows10 Calendar in Real Time

It is very easy to configure the accounts now. In the initial launch itself, the App will ask you about how many accounts are to be configured along with the default Microsoft account before opening completely.

Here we can select Google to add our Google Account with the App. The only thing we need to do is to input our Google User Id and password when prompted. If you are selecting Advanced Setup here, it will prompt you to select between Exchange Active sync and IMAP and POP accounts from it. 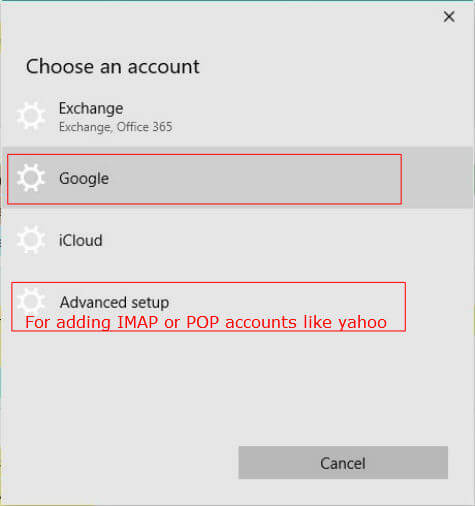 The App will show the permission menu to authorize the access, and there you can see that the App asks permission to manage your Google Calendar along with that. Permit that and you are all done. 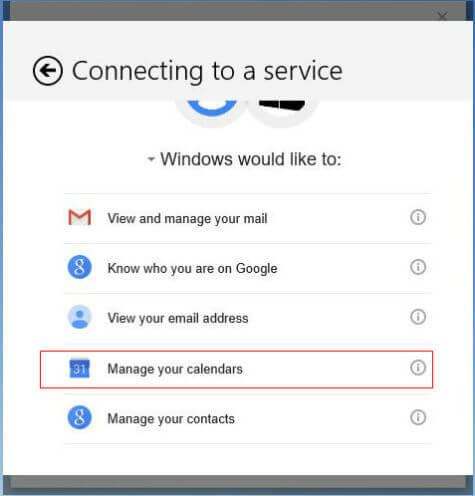 After adding all your accounts similarly, finish it and open the App. Now all the emails will be synced to the Mail App. In the App, we can switch to Calendar App by clicking on the Calendar Tab. If we need to add more accounts to the App, you can do it by clicking on Settings Tab.

All your Google Calendars including the secondary calendars will open in the App without any particular configuration. We can verify that by checking the calendars under each of your accounts. 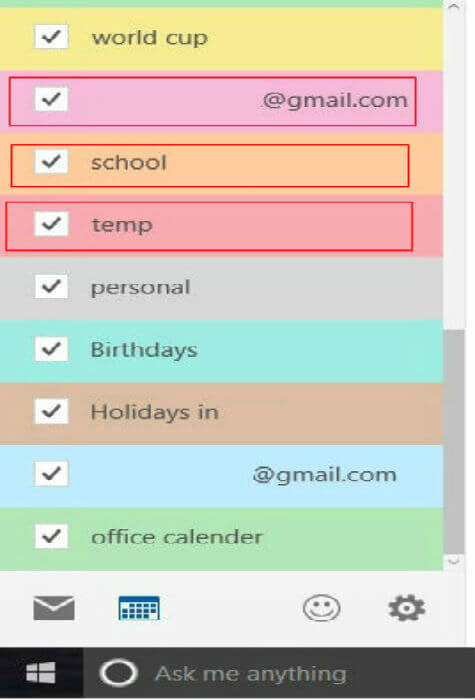 In the initial times of Windows 8, the Google Calendar Support was available to all users. Only after few months of usage, suddenly both Microsoft and Google withdrew the support, and the users were suffered .

Here we can expect that the new Microsoft will not repeat the same history anymore in here which will help the users to access all details in a single place. Windows 10 is in preview stage now, and Microsoft has promised to upgrade all Windows 8 version to Windows 10 as free which might resolve the Google calendar synchronization issues permanently.

How to Transfer Photos from iCloud to Google Photos Quickly

How to Get iCloud Saved Passwords in Chrome on Your PC

5 Best Solutions to Text from Your Laptop

10 Best Protective Cases for iPhone 14 and 14 Plus