How to Share Clipboard Data Between Android and Ubuntu (Linux)

One of the major factors that keep people Apple loyal is the “ecosystem”. Apple devices run exclusive software from the company and gel together quite well. Well, if you have an Android Phone and Ubuntu or Linux PC, your PC and phone can work together even better. Not only can you wirelessly transfer files but also get clipboard sharing. You can copy a URL on mobile and open that in laptop. You can paste an image that you opened on Android to Ubuntu laptop for editing. The universal clipboard feature is super useful.

It’s like a universal clipboard for all your connected devices including Android and Linux devices. For Linux users, you can get this with the help of a little app called KDE Connect.

Editor’s Note: Before you start, make sure your Ubuntu/Linux PC and Android are connected to the same Wi-Fi network. That’s all the necessary requirement you need to enable clipboard sharing on your Android phone and your Ubuntu PC.

How to Share Clipboard Data on Android and Ubuntu

That’s pretty much it. From now on, anytime your Android and your Linux PC are on the same Wi-Fi network, KDE Connect will automatically connect the devices. And as long as that’s true, you should have your universal clipboard. 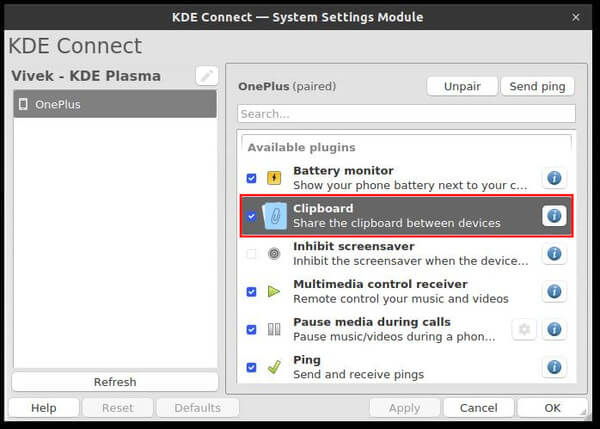 You can copy anything on your phone and it will be synced to the clipboard on your PC or you can have it the other way around. 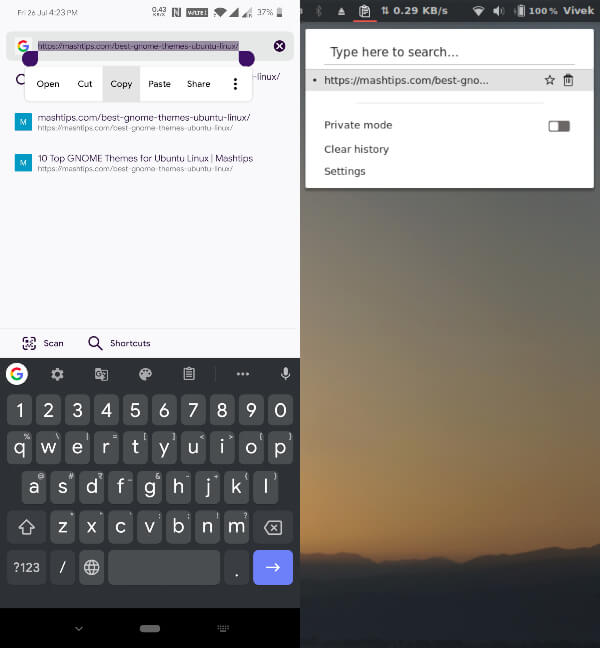 In case you don’t see the magic, make sure you enable Clipboard sharing in the KDE Connect app. You can find KDE Connect in your app launcher on your PC.

What is KDE Connect & How to Install on other Linux Distributions

KDE Connect is a bridge between your Android smartphone, tablet, or 2-in-1 device and your Linux PC. According to the KDE Connect community wiki, it “enables all your devices to communicate with each other.” KDE Connect “implements a secure communication protocol over the network and allows any developer to create plugins on top of it.”

The tool was originally developed for the KDE Plasma desktop and therefore has a lot of KDE Plasma related dependencies. These dependencies will need to be installed if you’re using any other desktop environment which can take up more space.

While the app can work on any desktop environment, KDE Connect indicator is only officially available on the KDE Plasma desktop.

It brings the functionality of KDE Connect to your desktop so you can access it from anywhere instead of having to launch the app. Moreover, clipboard sharing or being a universal clipboard is not all the KDE Connect does. If you are curious you can figure out the rest of the functions pretty easily. To know more about KDE Connect and how you can use it on other Linux distributions and desktops, you can follow this link.

This is going to be an essential feature to share the data between two platforms. No need to retype the same URL on Android if you want to open a website that you found on laptop. You can simply copy a text content or image in mobile and paste into laptop. This universal Clipboard concept is a super useful feature and you are gonna like it.

Google Lens: How to Get on iPhone, Android and Use Google Lens?