Apple introduced the Back Tap for iPhone users, which is one of the most exciting features on the iOS 14 update. It lets the iPhone users do almost any task simply by tapping the back of their phones. You can even trigger Google Assistant on an iPhone, just as quick as Siri. If you have been wondering something similar would be unimaginable with your Android phone, well, it is possible.

Let us see how we can bring the iOS 14 Back Tap feature on your Android phone and take screenshots by tapping the back of your phone.

Take Screenshot on Android 12 With Tap Back Gesture

If you’re one of the lucky owners of a device running Android 12, the feature is baked right into the OS. Google has been experimenting with it since a couple of years but it is finally here. As of this writing, the tap back gesture, officially called Double Tap on Android 12, gives you a choice between five actions.

When you perform a Double Tap on the back of your Android 12 device, you can either Open Assistant, Take screenshot, Play and pause media, See recent apps, or Open notifications. Here’s how to configure Android 12’s double tap gesture.

If you are using older versions of Android, you can still use Android 12’s double tap on the back gesture using the method described below.

Take Screenshot on Android By Tapping Back of Your Phone

While Apple added the feature as an inbuilt functionality for iPhone, there is no such feature that comes inbuilt with Android smartphones prior to Android 12. But we can rely on third-party apps that could do the exact same thing. Let’s find out how to take a screenshot on Android by tapping the back of the phone, using the app. 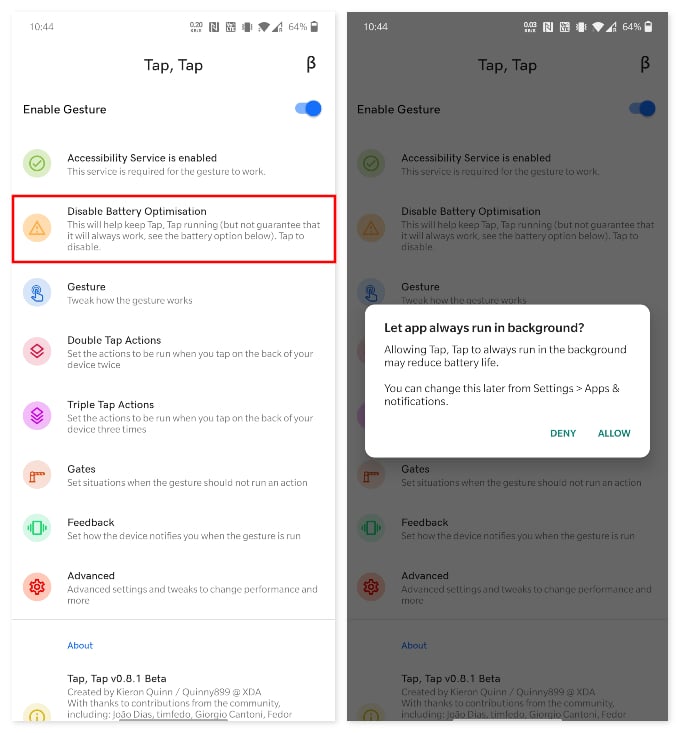 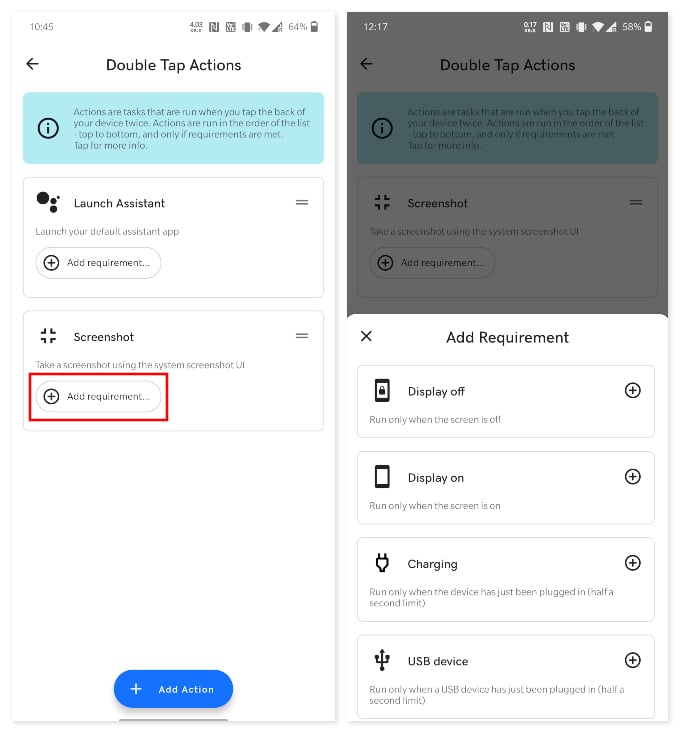 Related: How to Get iPhone Widgets on Your Android Home Screen 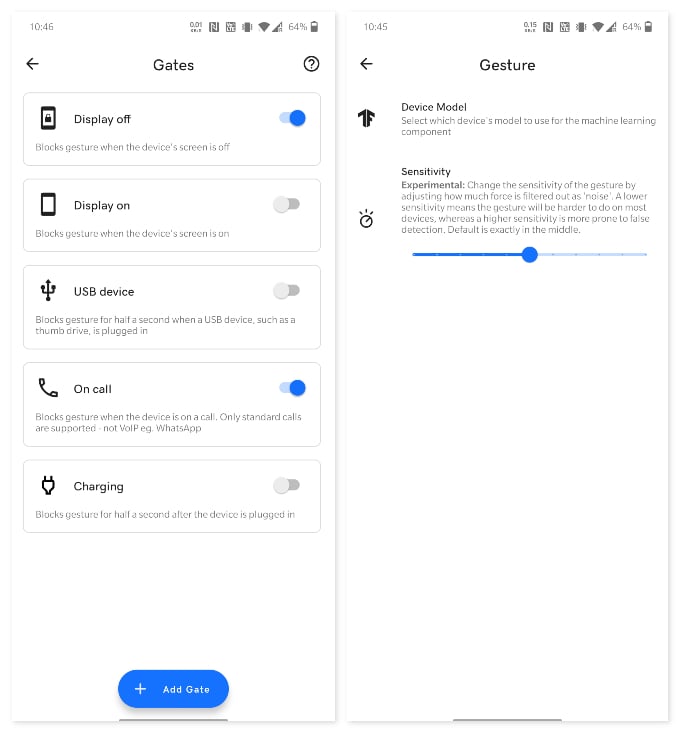 The gates option lets you turn on or off the feature during certain situations. Let’s say you want to take a screenshot by tapping back while you are on a call. You can enable the “On Call” option.

Related: How to Watch Netflix in Picture In Picture on iPhone and Android

Do More Actions By Tapping Back on Android

Taking screenshots by tapping on the back is obviously not the only thing that Tap, Tap can do. You can set quite a few for both double and triple taps. All you have to do is tap on the Add action button at the bottom. Actions are neatly categorized into four categories: Launch (apps), Utilities, Actions, and Advanced. 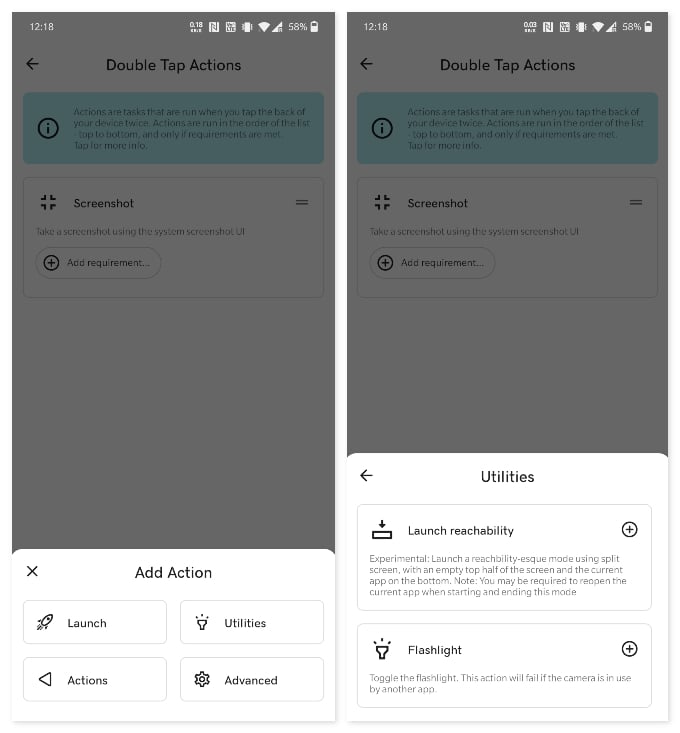 The app usually has no problems recognizing a double or triple tap gesture has been performed. But sometimes it recognizes taps when there have been none. You can change the back tap sensitivity on the app to avoid accidental triggers.

Using the Tap, Tap app, you can get the back tap gestures from iOS 14 and Android 11 to any older Android phones. Your phone must be Android 7.0 or later to take screenshots by tapping the back of the phone.

How to Delete Broken Registry Entries in Windows 10

How to Realtime Sync Windows Desktop & My Documents with Dropbox?