Linux is generally a much more resource-friendly operating system compared to Windows or even macOS. This is why people are always looking out for an Ubuntu lightweight desktop or a light Linux distro. There are many Linux distros that require less CPU power and RAM to function, that we consider the lightweight Linux distros.

Here are the 10 best lightweight Linux distros that can be used to install in your old computer. 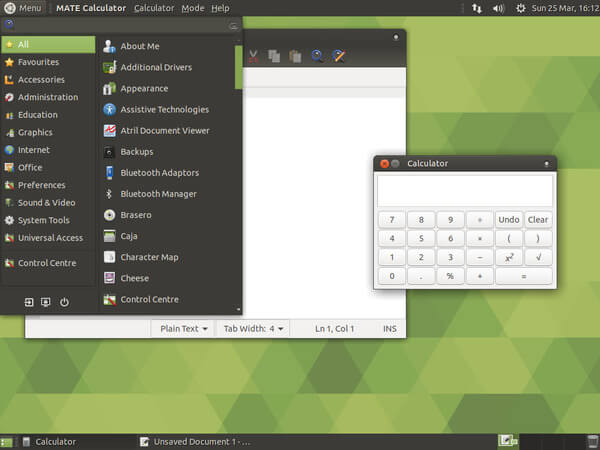 You could consider it a “heavyweight” on this list but it strikes the perfect balance between being lightweight and useful. Plus, it is highly customizable and gives you many layout options out of the box. These are Mutiny, Traditional, Cupertino, Redmond, Contemporary, Netbook, and Pantheon. It’s basically an Ubuntu lightweight desktop.

Ubuntu MATE is also a polished experience which cannot be said about most other lightweight Linux distros. 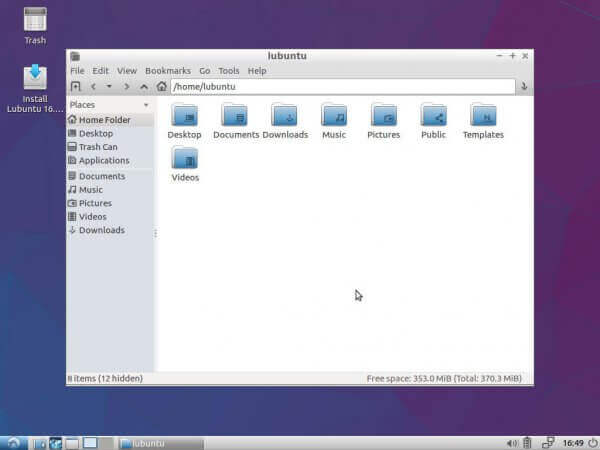 Lubuntu has the same software and repositories as Ubuntu so you won’t find it very different if you’re an Ubuntu user. 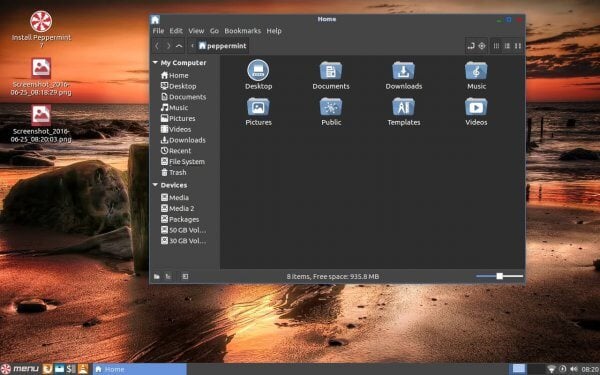 Peppermint is a cloud-focused Linux distro so it is more like Chrome OS but it looks quite different. It’s also a more mature platform in comparison because you can run not only Google Chrome but any other browser you prefer. On top of that, it’s not limited like Chrome OS so Linux apps integrate a lot better with it compared to Chrome OS.

Peppermint OS is based is basically an Ubuntu lightweight desktop. It was created as a competitor to Chrome OS but it still retains the functionality of a full Linux desktop. Although you can install Google Chrome and access its vast library of extensions and apps, you don’t have to. Even if you use another browser, Peppermint lets you create web apps that run as native apps through an app called ICE. 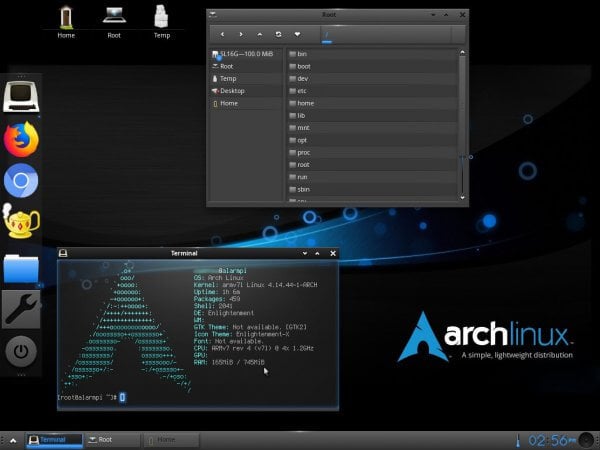 Arch Linux is generally not included in a list of the best lightweight Linux distros but that’s not to say it can’t be. The whole philosophy behind Arch Linux is to have an operating system that you basically build yourself. It’s a no-nonsense distro and comes with as fewer packages as it can get away with. It’s probably as light as a light Linux distro can get while also being fully functional.

However, as it probably sounds like, it is a lot of work. If you’re a beginner or just aren’t looking to build up your own system from scratch, Arch is not for you. 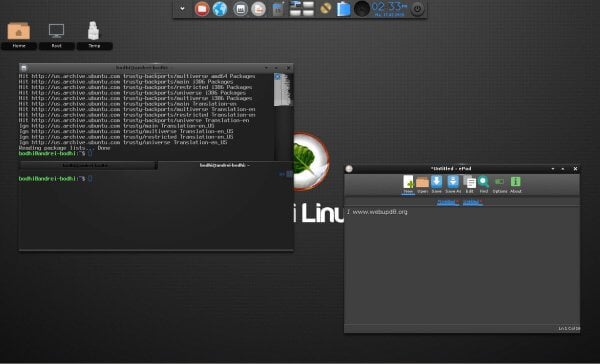 Bodhi is another Ubuntu-based lightweight implementation of Linux. It qualifies as both an ubuntu lightweight desktop and a light Linux distro. It’s the first to feature the Moksha desktop environment. Moksha is a continuation of Enlightenment 17 desktop with additional features and fewer bugs. The desktop does not include any window compositor so you don’t have many animations. Users can install Compiz, however, which provides many fancier animations that’ll make even macOS users jealous.

Bodhi looks and works just right and you have access to a huge library of apps thanks to the Ubuntu repos. The Linux distro offers three releases: Standard, Legacy, and AppPack. Legacy has support for older 32-bit machines but Standard should be the go-to for most users.

Some basic apps are pre-installed such as Ephoto for Graphics, Midori for web browsing, ePad text editor. There are no multimedia apps installed by default so you’ll have to manually install some. 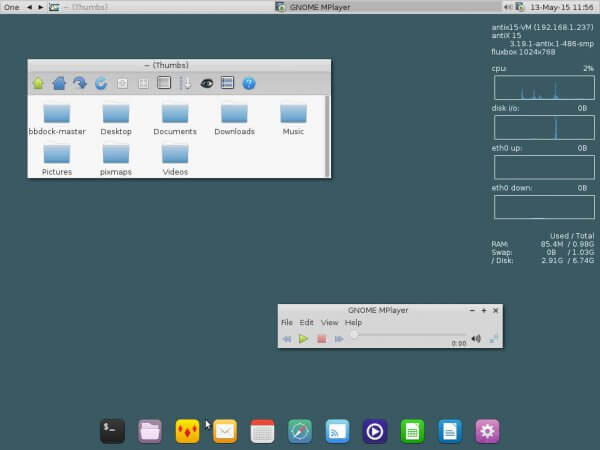 antiX is a Debian based distro like Ubuntu, but not based on Ubuntu for a change. It takes pride in boasting of a systemd-free Linux distribution. It is available for both 32-bit and 64-bit computers. That makes sense since it targets older computers. antiX makes use of the ice window manager to keep the system running smoothly on low-end hardware.

Being a light Linux distro, antiX doesn’t include a lot of software packages or apps by default so you’ll have to manually download and install whatever you need. antiX Linux comes in four different flavors: Full, Base, Core, and Net. You can learn more about the differences on the official website. 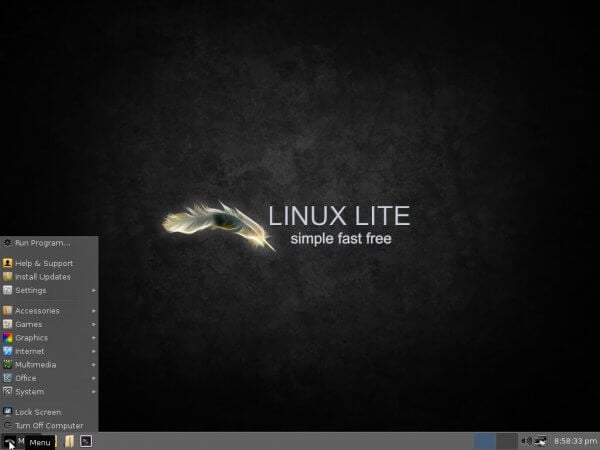 It would seem that the name says all Linux Lite is about but it doesn’t. Yes, it is lightweight and one of the fastest Linux distros but it is also very beginner-friendly, and aesthetic. It includes many popular and useful applications by default and it is based on Ubuntu LTS releases. That makes it another Ubuntu lightweight desktop. And it means you can find even more useful software in the Ubuntu repositories.

Linux Lite uses the lightweight Xfce desktop with a menu that might remind some people of Windows XP. Even with the lightweight nature of the distro, it comes with all the necessary tools and apps. This is something many other lightweight distributions struggle with. Some of these are Thunderbird (email), Dropbox (cloud storage), Firefox (web browsing) VLC Media Player (Music and videos), LibreOffice (office), Gimp (image editing), etc. The OS doesn’t compromise on performance either. 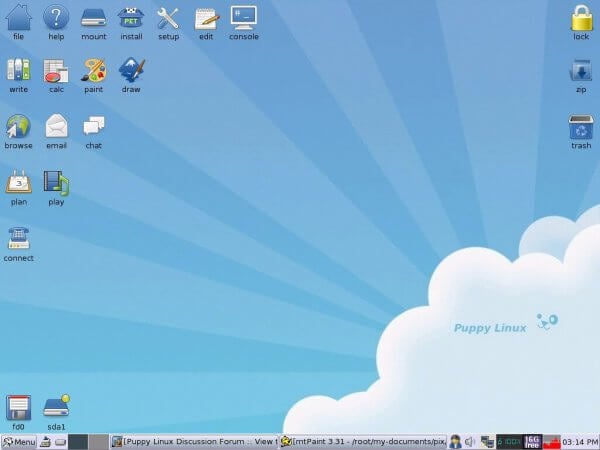 Puppy Linux is not big in size. It’s a light Linux distro but one of the fastest Linux distros you can find. It’s an ultra-portable Linux distribution that you can carry with a 2GB USD drive or DVD. It’s light enough to live entirely on your system’s RAM, without requiring any disk space.

The latest 64-bit version comes in at only 354MB which is less than the lightest custom ROMs on many Android smartphones. You can run it entirely off a USB drive if you want to and save data on the USB drive too. Once booted, it loads up the entire system on the RAM which means you can remove the USB or CD.

Of course, with such a lightweight OS there are some compromises. Don’t expect to run anything heavier like a video editor. It doesn’t come with a lot of pre-installed apps as you can guess from its size. It does include some basic apps such as Abiword for word processing, Gnumeric for spreadsheets and assorted graphics editing and media playback programs.

Related: How to Check How Much RAM You Have on Windows 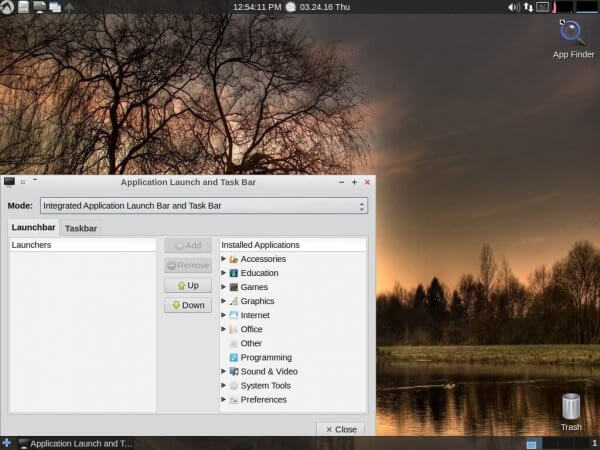 LXLE is based on Lubuntu, an already lightweight Linux distro, and it uses the LXDE desktop environment. LXLE is a light Linux distro and an Ubuntu lightweight desktop. Lubuntu focuses on speed and low-end hardware but LXLE is specifically tweaked for reviving older hardware. For justified reasons, it is often called a lightweight powerhouse. LXLE sticks with Lubuntu LTS releases for better hardware and software support. It makes sense considering LXLE aims at working with legacy hardware.

Despite being lightweight, LXLE also aims to provide an intuitive UI and some eye-candy. Overall, if you’re installing LXLE, it is bound to impress you, even or powerful hardware. LXLE too comes with some excellent lightweight applications to make sure you can do all you want. These apps include the likes of LibreOffice (office), GIMP (image editor), Audacity (music player), etc. 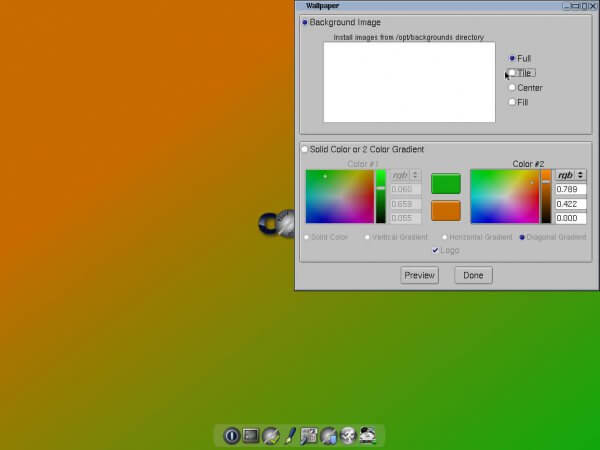 Tiny Core is surprisingly absent from many lists concerned with lightweight Linux distros. It should always make it just because it is so tiny. If there ever was a light Linux distro, it’s this. Music players on smartphones have a larger size than this entire OS. The largest version called CorePlus is only 106MB. The regular version, called TinyCore, is mere 16MB! And if you think that’s amazing, there’s another version called Core which has a size of 11MB!

At that size, you’d expect a completely command-line interface but no, you do get a full GUI desktop with a dock. Only the Core version has no GUI and is completely a CLI. It can boot faster on an old, dying computer than Windows or other Linux distros do on powerful hardware. The remarkably small size, of course, has its very major compromises.

For one, there’s no graphics driver included but it can be manually installed. The regular TinyCore includes a GUI but it’s not recommended if you only have access to a wireless network. In fact, most users should probably go for the CorePlus version. It includes the base Core System and installation tools to the following options: Choice between 7 Window Managers, Wireless support via many firmware files and ndlswrapper, non-US keyboard support, and a remastering tool.

Discord is blowing up in terms of its popularity. The gaming community has become fond of Discord thanks to its myriad of features including...
Read more
Android

If you are a digital graphics and design user, you would agree that Procreate stands among the top-recommended drawing apps. The app offers a...
Read more
iPhone

7 Best Apps to Turn Your iPhone into Security Camera

Are you considering installing a security camera at your home or office? It’s quite natural in places with high crime rates or if you...
Read more

How to View Saved Wi-Fi Passwords on Linux (Ubuntu)?

How to Get Night Shift Feature for Windows and Mac OS