HomeMobileiPhoneHow to Record a Phone Call on iPhone

In this article, we show you the best-proven methods to record a phone call on the iPhone.

Editors Note: There are some regulations and restrictions based on your state or country for recording phone calls. Please refer to your state law before starting to use any call recording apps on your phone.

Can You Record A Phone Conversation on iPhone

Apple iOS does not support any kind of call recording directly, for the sake of privacy. Unlike the Android platform, you cannot even use any third-party apps to direct record calls from your device itself. However, you can still record calls made using your iPhone using various techniques.

Recording phone calls on an iPhone is not as same as you do on Android devices. However, it may sound like recording landline calls using specific devices or services. Here are some best methods to record a phone conversation on the iPhone.

It is obvious that you cannot record a phone call on the go, without using any inbuilt options or third-party apps. Even though there are several workarounds you could try to record phone calls on iPhone, they are difficult to set up during an emergency. However, you can still “record” the sound from both the sources using a normal recorder.

When you are on the call, simply put it on speaker mode. Then you can use another smartphone to record the conversation using the voice recorder app. This is not an essential solution if you want a clear record of your voice calls. However, this is the only hack you can use when you want to record phone calls on iPhone without any other tools.

You can play this voice memos right form the Apple Watch. In addition to this, Apple Watch automatically syncs these voice memos to your iPhone, Mac, iPad, and any iOS devices where you’re signed in with the same Apple ID.

Therefore, you can have more control over your phone calls and voice mails using the Google Voice number. Here is how you can record phone calls on iPhone using a Google Voice account number.

You need to enable incoming call options on the Google Voice app to record phone calls. Here is how to do it. 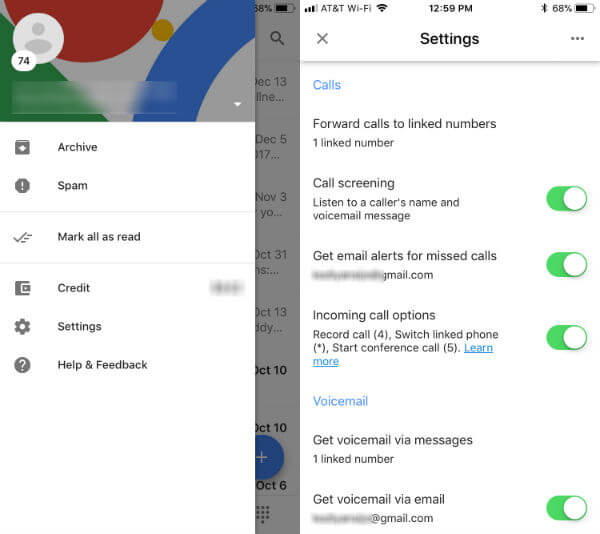 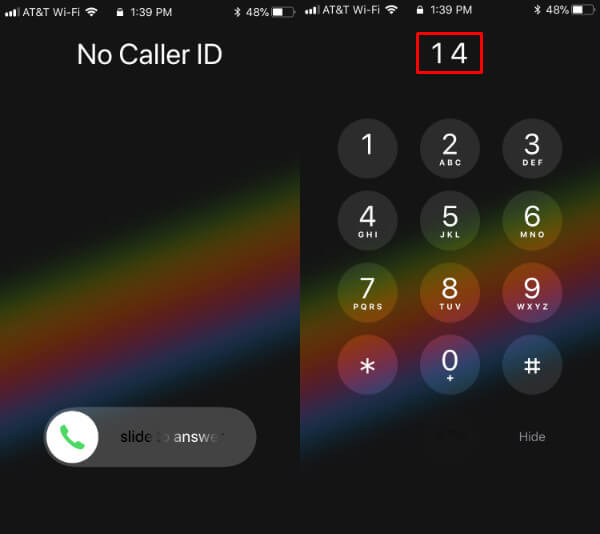 All the recorded phone calls will be saved on the voicemail section of your Google Voice account. You can open Google Voice app on your iPhone, or on Web to find the saved call recordings under voicemail. Check here more about recording voice calls using Google Voice on iPhone.

Also read: Cheap Cell Phone Plans (Post Paid) in US that Cost Under $20.00

Use Call Recorder Apps for iPhone

Although Apple does not let you record phone calls on iPhone by default, there are certain call recording apps you can make use of. Getting this straight, it is obvious that you cannot simply record your phone calls on button click or just like the built-in voice recorder app. They all follow a three-way call recording policy.

The three-way call recording service will record your phone call only while you dial and merge the recorder service line with an ongoing call. To be more clear, the call recording is not being placed within your iPhone. The third-party server, which you merge with your ongoing call, records your conversation and stores for you. Most of the services have a clear data protection policy. Therefore, you do not need to worry about the matter of privacy.

There are many call recording providers in which you can choose based on the variety of services they offer. Some have incoming call recordings only, while others have both ways call recording option. Among them, you can also choose to save the call recording files in the local storage itself or in the cloud.

TapeACall Pro is one of the best call recorders for iPhone you can get now. With a one-time payment method, you can subscribe to the unlimited call recording features on TapeACall Pro. There is no limit for the duration of the call you can record.

This uses a three-way call merge recording mechanism. As soon as you hang up you will be able to find the call recordings on the TapeACall server. You can later move on to your iPhone, PC, Mac, or other cloud storage services including Google Drive.

Merge Call With Your Secondary Number and Record

All the third-party tools you use to record phone calls merge ongoing calls with their server line to record calls. However, you can do it in your own way, if you have a secondary smartphone.

First of all, you need to verify the secondary smartphone is an Android device and does have the call recording feature enabled. If you are looking for a cost-effective method to record your important phone calls on the iPhone, without using any third-party tools, this solution is for you.

If your Android device supports call recording, insert a SIM card for the incoming calls. Whenever you get or make a call on your iPhone, you can merge the call with your secondary number and record on Android. Here is the entire process described step-by-step.

Once the call ends, you can get the record file of the phone call from your Android device, and share it among your devices.

Even though third-party call recording apps and services make the call recording process much easier, they cannot be trusted in every scenario. If you are very concerned about your privacy and do not want any apps or cloud service to get your call recordings, you can opt for hardware options.

Certain call recorder hardware devices including headphones and direct recorders are available on the market if you are looking into a hardware solution for this. All of them are plug and play devices, so you can plug them to your iPhone’s lightning port and talk normally while it records your conversation at the highest quality. 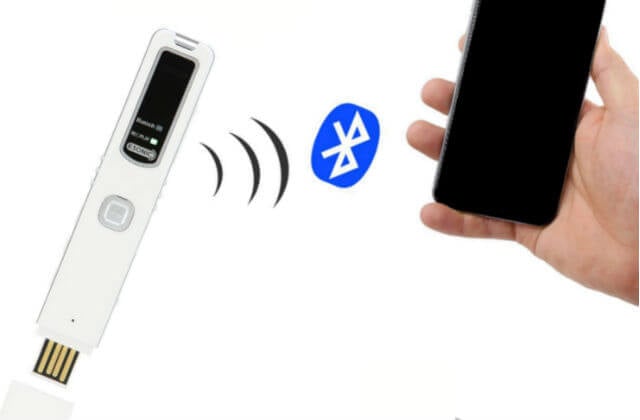 RecorderGear Bluetooth Cell Phone Call Recorder is an amazing device you could consider if you are looking for a hardware solution to record phone calls on the iPhone. It can connect your iPhone over Bluetooth and record the entire conversation.

You can connect it to your iPhone over Bluetooth and use the device to make the conversation over the cellular. It has an inbuilt earpiece speaker and a microphone to use as a calling device as well as a call recorder.

Related: How to Record WhatsApp Calls on Android and iPhone

How to Quickly Hangup Incoming Calls on Locked iPhone

Let Your Kids Talk to Santa through Amazon Echo This Christmas

How to Move Chrome Address Bar to Bottom or Top

How to Use Formula Corrections on Google Sheets: Fix Formula Errors Automatically

How to make free calls with Nokia cell phone?